Written by Sierra Brown.
Thanks to Jazmine Harper for the idea of Neon as the reaction catalyst.

A reactive resource discovered and used extensively by the Sol Empire for energy storage, weaponry, and kinetic power generation.

Arasma is commonly described as a fluid-like red-purple gas, denser than air. The exact coloration of the material seems to vary depending on the exact source materials used in manufacturing processes, ranging from an almost blue-purple to a dark red in its 'purest' form.

On its own, Arasma is a stable substance and safe for storage and handling and is commonly described as feeling cooler than the air around it by researchers. The gas is also able to take and hold an electrical charge much like a capacitor, though safety precautions mandate keeping Arasma uncharged while stored and not in use as this electrical buildup could be discharged if in contact with a person, or cause a violent reaction if the gas comes into contact with Neon.

When combined with Neon gas while a positive charge is applied, the two materials react in a violent burst of superheated and supercharged 'plasma' and a small, localized electro-magnetic burst. Research into uses for this reaction are underway, including uses in weaponry, power generation, kinetic motors, and fireworks.

Arasma is currently produced en-masse by Arasik-Jovale Incorporated using an undisclosed process. The only thing known about the source of the material is that organic matter, typically in the form of unwanted components from slaughtered livestock, is used in the process.

The gas was originally discovered by accident in an Arasik-Jovale Incorporated research lab. Scientists were working on ways to rapidly re-heat frozen foods, when one of their tested methods resulted in a 'dense, reddish-purple gas unlike anything [they] had seen before.' The researchers decided to set their original project aside and study this gas, and eventually found it had capacitive properties while being stable and safe to handle. The corporation immediately began funding additional research into the material, naming it 'Arasma' as a combination of the words 'Arasik' and 'Plasma'.

Since its initial discovery, Arasma has become common place in electrical capacitors, rechargeable batteries, weapons known as Pulse Cannons, fireworks, and even in ongoing development of an Arasma-Neon fueled internal combustion engine.

Due to its relative stability and ability to hold a charge, Arasma has been used in electrical systems as batteries and capacitors. So long as the material housing the Arasma is non-conductive and is not one of the elements known to react when coupled with Arasma, the usage of the gas in such systems is completely safe. An Arasik-Jovale Incorporated sponsored study released in 224 AU showed that batteries using Arasma could power devices three times longer than the common, popular batteries of the time and had a total lifetime twice as long. Now, it's nearly impossible to find a battery, capacitor, or any other device that stores electrical charges that isn't using Arasma in the Sol Empire.

Using a similar method as pulse cannons, Arasma based engines operate off the exothermic reactions with positive ionic charges and the element Neon. Instead of being designed to propel supercharged Arasma at a target, however, these engines are designed to convert this reaction into usable mechanical energy, similar to a modern-day combustion engine. The internals of the engines must be made of a non-conductive material that can withstand high temperatures, however, and EM shielding is recommended due to electro-magnetic pulse build-up generated by the supercharged Arasma. Exhaust is also a concern, the Arasma remains superheated and supercharged for some time even after the useable energy has been converted by the engine. These types of engines are still being developed and are only seen in more cutting-edge systems. Ion drive thrusters and standard electrical engines are still the most common-place source of power and thrust within the Sol Empire.

While not the first species to have attained this technology, the Sol Empire is the first and currently only human power to have successfully developed and begun mass production of energy-based munitions and armament. These generally take the form of what the Empire calls 'Pulse Cannons' - Weapons which fire high-energy pulses of Arasma. The pulses are formed by a shell containing a chamber of Arasma and a chamber of Neon. When fired, the Arasma is given a positive ionic charge which then combines and reacts with the Neon, unleashing an exothermic 'pulse' of energy. Pulse Cannons use specially constructed barrels to control and guide this pulse toward the intended target, which is then struck by the superheated and supercharged Arasma. These pulses also tend to produce small, localized 'electromagnetic pulses' in the weapon firing them, along their flight path, and at the impact site. These pulses are relatively weak, however, and are more considered an irrelevant side effect than a useful feature as a result. Other cultures typically refer to pulse cannons as plasma or laser rifles. 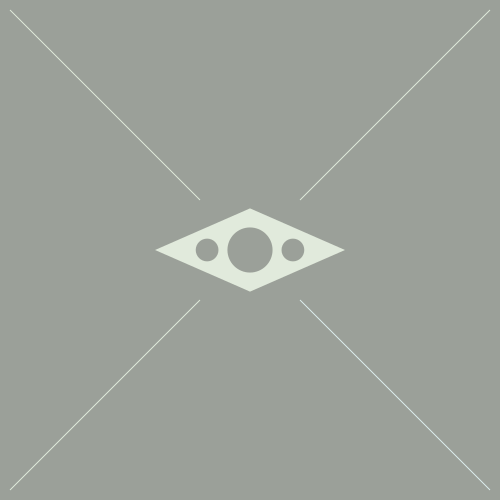 Hello there! So, reading through the article, I really liked the subsection on the different uses, specifically how you put detail into how Arasma is applied specifically for those three things instead of linking to an article on those, so one doesn't have to leave this article to learn how it's applied in different products.   Another thing that I'd like to know is how it affects the human body, eg: what happens with prolonged exposure? How much would you need to inhale to kill you, if any? Things such as that. Hope that I've helped!

I'm going to be honest - Details on how it affects the human body I'm not entirely sure about yet. I imagine inhalation is probably going to be lethal, possibly with a similar effect as Carbon Monoxide since there would be a lot of carbon involved in the gas (It comes from biological matter from carbon based life forms after all.)

Just a note about Carbon Monoxide: it actually binds irreversably to hemoglobin due to its structure. If the thing is not structured that way, it will not be that bad. Then again, as a normal neurotoxin/hemetoxin/mytotoxin, you could plausibly pass it off as another toxin. Especially if it has a C≡N cyanide group.

I definitely need to do some more research on this XD

I really liked this article too! Especially the detail on *exactly* how it worked, since I'm a chemistry nerd and like that. However, a question, while handwaving is very much fine everywhere, but how does this gas become a superheated gas (def. of plasma). I'd suggest, neon is fine, you might want to heat it with microwave or radio radiation to heat it in a gun. Maybe it is easily heated by microwave, and becomes plasma. But I don't think pure electric charge will be enough.

It's a combination of the energy from the electrical charge, combined with an exothermic chemical reaction between charged Arasma and Neon that creates the superheated gas. I still need to do some research to figure out a feasible way this could be explained, but my goal here was to create a way to have modern concepts (Capacitors, internal combustion engines, etc) but using more advanced technology/materials that have a level of improvement over old methods.

The formatting and layout is top-notch, and I particularly like the table of content and appendices. They really make the article stand out in that regard. It's also kind of funny that it has it's origin in ways to reheat my microwaved dinner. :D   You mention that it's common in one place and rare elsewhere. Are the Sol Empire the only ones who really use these things? Or have they spread throughout the universe with one region having a stranglehold on the supply of the fuel-material (hey sounds familiar)?   If so, how big of a deal is it in intergalatic diplomacy and politics? Does the supply of Arasma give the Sol Empire significant political/diplomatic leverage?   Awesome stuff! <3

Arasik-Jovale Incorporated, which is a Sol Empire company, are the only ones that have the knowledge and ability to manufacture Arasma. Other Sol companies have made some attempts, and failed, which leaves AJI with a monopoly on the resource. The Sol Empire shares this resource with its only ally, the Sol-Lassi Tribe in the Republic of Sion and does everything in its power to keep the powers it's at war with from getting ahold of the technology. Arasma being a relatively recent development means there'll be some time still before other factions can find a way to reverse engineer it even if they do get ahold of something.

Also just noticed, I think formatting for stuff in the comment boxes gets all busted up. :(

It seem to crunch all the text together into one paragraph.   First comment I made had several linebreaks between the segments, but it shows up as just one clump of text to me one posted.

Oh - That's a side effect of me having to remove automatically generated linebreaks because they break my article layouts. I'll have to update the CSS to un-hide them in comments.