This Post-Cyberpunk city has seen almost nothing but advancement and improvement since Shezakrazah, the cut-throat businesswoman known as the Dragon Queen of Trade, was placed in charge of the city by its people. Treating the city itself as both an acquired portion of her hoard, and her personal business, the city has flourished.   Optimism and hope seem to be a tangible part of the air, as people walk among the streets going about their day to day lives. No longer does the shield overhead feel like a barrier keeping people in, but a symbol of protection trying to keep the city pristine. Though while the city has been under her guidance completely for a couple hundred years now, there are a few districts left that are in need of restructuring, and crime can never be fully erased, though these are now the exceptions and not the norm.   The Gix , who originally founded Potestas, still call it home. Having been protective of the city since it's inception, they eventually realized it was much better off in Shezakrazah's hands. Since the voting to install her and her businesses as the new ruling force of the city, they have enjoyed the relaxed responsibilities given to them, and doubled down on their science and engineering. Shezakrazah of course realized their worth, and intelligence, and makes sure that there are always enough jobs and employment for the givers of her precious gift, especially as long as their goals align with improving Potestas.   Being such a beacon of hope, as a place where as long as you have dedication you can chase after your dream, people from all over the globe come to live here. The city is covered with every type of person imaginable, and following Shezakrazah moving here many centuries ago, even her Kobold worshipers eventually started moving to the city. Being Kobolds, they aren't exactly the best at heavy labor, or being smart, but it doesn't stop them from trying to help Shezakrazah accomplish her goal of improving the city. Many can be found doing simple jobs such as messengers, meter maids, fast food, or even some taxi drivers.

Run by Shezakrazah: The High Executive, and her various businesses.

The city does a lot of trade with almost every nation on the globe, especially being one of the safest passages through The Fissure. Which has made the Splinter Medallion an almost universally accepted form of tender.   Since so much of the city relies on the power of Fiss Shards, the city has a massive trade agreement with the underwater nation of Corusco. It buys as many as it can from them, and allows them a space, free of rent, a space in the market by the docks to sell their merchandise and trade for more goods.   The largest thing that Potestas really sells, is trade itself. Being a safe passage, and having protection from thieves, people can make a fortune in the markets here. Many nations and people rent stalls to sell and trade.

The architects of the city enjoy constantly trying to outdo one another by trying to add unique buildings that improve the visual sight of the cityscape when they can.   Even so most of the structures in Potestas are very functional in nature being tall rectangles covered in glass and lights. They try to make sure that some foliage grows out of each building, replacing most places where you'd see statues on overhangs, or gardens on roofs. 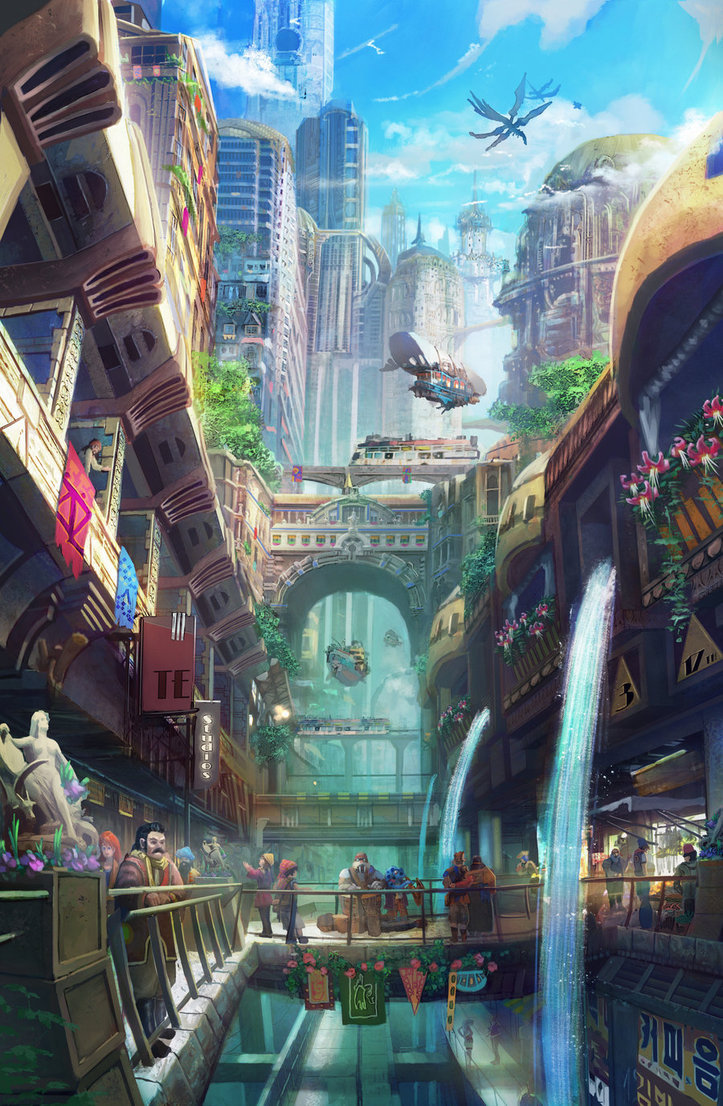 Potestas is located on the corner of the continent Bellus that passes through the tropical region of The Fissure. While it is a massive city with tall shining buildings, the sunsets in the city are something special to behold, shimmering off of every surface moments before the city becomes an artistic painting with popping colorful neon. 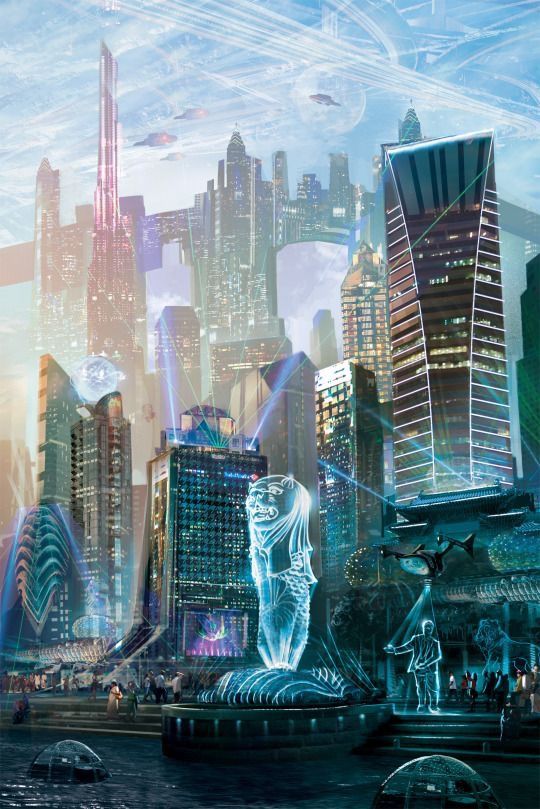 The bustling city near the end of another sunset, gearing up for some nightlife under the force-field that protects them.
Alternative Name(s)
The City of Opportunity
Type
Megalopolis
Location under
Bellus
Owner/Ruler
Shezakrazah