After The Great Rewind and with help of telegraph technology, the UK opened up trade with Nigeria for the trade of cocoa beans, by sending merchant ships on a staggered rotation. After some time, when the British merchant ships returned, they came back with less than they were expecting. When the crew was questioned, the officials expected to find them liable for criminal damages. The crew replied they were hijacked by pirates, and while they fought back they suffered losses, not to the fleet themselves but lost of trade items.

Knowing this, the British sent a military convoy of two ironclad ships with the trade vessels. This had the desired effect, so the British keep this plan going. On one of their military convoys, the Pirates were ready and fought back.

The Military conflict was waged in the Gulf of Guinea.

For the British, having the battlefield so far away from home shores meant that logistics were an issue. The two ironclad vessels, caught in the skirmish, were all that the British had to defend their precious cargo. The Togolese pirates had the advantage as they knew the surrounding area. They knew which areas they could ambush the British or hijack their ships from without them knowing.

Firstly, the pirates are anchored in a cove hidden by sea cliffs and barrier reefs. Pirate lookouts on the cliffs spots the tiny British fleet and waited for the coming rainstorm to launch their attack for the merchant ships. Once the rain started, four dinghies, fifteen men per dinghy, use the cover of the storm to quietly row over to the ironclads, a dire threat to the pirate ships.   Two dinghies went to each ironclad. The first pair made it to one ironclad and made it aboard unnoticed where they then started to sneak their way to the place to set their explosives.   The other two dinghies reached the second and started climbing aboard. In the process, one of their dinghies thumped hard into the ironclad's side, making enough noise to alert the crew on deck. There was a fierce fight with the British sailors getting the upper hand with their rifles.   Forced to flee for their lives, the pirates abandoned their mission on the second ironclad and most dove into the sea to clamour back aboard their dinghies and row hard for the shore, leaving behind their explosives which the British sailors quickly tossed overboard.   The explosives kicked up a lot of water but did not harm the second ironclad. With the pirates and explosives taken care of, the second ironclad turned to their sister ironclad. There they saw pirates aboard and they opened fire with their rifles. Pirates scrambled to escape the flying bullets. Many dove off the ironclad to their dingy and followed the first pair of dinghies back to shore.   The crew of the first ironclad failed to discover the explosives in time. The ironclad began to rapidly and many men were drowned. Those who escaped the lower decks were fished out of the sea by the merchant ships and with one remaining ironclad.

The British were moderately successful at repelling their attackers, but the assailants still came on board with explosives. One of the British Soldiers managed to throw the last one overboard before it detonated. The pirates then offered the British one last option. To leave or they would be killed where they stood if they stayed. The British, swallowing their pride, agreed to leave. While the pirates were disembarking, one of the British soldiers shot one of the pirates. The other pirates continued to disembark and said there would be hell to pay if they came back.

As a result of this conflict, the British went into trade negotiations with the Portuguese for Carob instead of cocoa beans. For the Nigerians, they were angered that the pirates had scared off the British and their industry was failing. This, as a result, kick-started The Chocolate Wars II.

A version of Ring Around The Rosie with the lyrics changed so that it tells the story of the skirmish is sung by children.

Ring a ring a ships
Pockets full of beans
A bang a bang
We all fall down.
— Children Dancing In A Circle 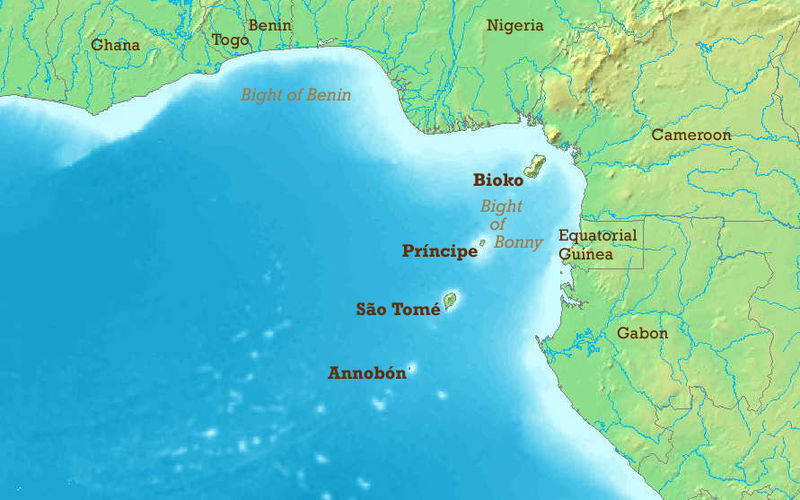 I think a quote with the words the children sing about the skirmish would work really well here.

That was an awesome suggestion and has been completed!

Good work on cleaning up the physical inconsistencies in the Engagement section. Now it's much easier to envision.

Thank you. And thank you for your input on realism.