The Ulmus Solaris, more commonly known as the sun tree, is one of the most unique plants in the world. It originated as a mutation of the common elm tree around the year 8000 PDF. in what used to be France and has had an impressive effect on the local ecosystem. The thing that makes it stand out is the fact that its black leaves doesn't just absorb light via photosynthesis, but also the heat from the sun's rays (thereby the name). A genetic fluke makes it absorb more heat than it can store though, which leads to it expelling the excess heat back into the air around it. This process has warmed up the area tremendously, creating a large jungle in the middle of the otherwise temperate France.
The local ecosystem have adapted to the new climate created by this singular species. Other plants have either died out in the area or adapted to the heat, thus creating new species of Rafflesia and cinnamon trees among others. The creatures in the area have adapted as well. Most who needed thick fur or a feather coating have dropped those traits in favor of tiny hair coating or smooth skin, have evolved brown or green skin/fur/other to blend in, have stomachs that can digest the new types of fruits and seeds that have evolved and more. The sun tree is one of the single most influential species after humanity left the surface, and no plant has had such a noticable effect on its ecosystem in millions of years.

Almost all plants take in sunlight via their chlorophyll and convert water, carbon dioxide and minerals into energy and oxygen. However, the sun tree does more than that. A mutation occured around 2000 years before now that changed the chloroplasts within the leaves of the then regular elm tree. Their structure was edited to absorb the heat from the sun as well as the light, which as a side effect also affected the chlorophyll and turned the pigments black to help the process. But the tree's heat resistance did not increase. Therefore the first sun tree only lived long enough to spread its first batch of seeds until it got too warm for the photosynthesis to work. A few of the new saplings from said seeds did have the ability to emit excess heat back into the surrounding air though. This meant that the sun tree could spread and flourish, and eventually spread so much heat that the whole area eventually became a jungle.

The sun tree looks remarkably similar to a regular elm tree with the same type of bark, wood density, root patterns and leaf shape. But unlike the common elm it has black leaves to easier soak up heat.

By the time a sun tree is fully mature it starts to grow seeds during spring. The seeds look similar to the leaves but are sturdier, circular and has a small red core in the middle. The seeds are picked up either by the wind or are eaten by birds, pterosaurs or other tree-browsing animals who eventually drop them or excrete them. There the seeds take root and grow into new sun trees.

A sun tree lives for a long time, but grows slowly. It takes about 2 years for it to be considered anything else but a sapling. It then steadily grows for about 90 to 110 years until it's fully grown. Naturally it goes through photosynthesis and absorbs/expels heat as soon as its leaves come in at about 3 years old, but it can't spread seeds until it is fully matured.

As long as the sun tree gets a moderate amount of sunlight and water it will be healthy. Therefore it can theoretically grow anywhere on land that isn't a desert, a tundra or a cliffside. Currently they only grow in temperate areas, but their own heat expulsion turns the area tropical. Which, as noted by its continued prosperity, is an optimal environment for it as well.

The sun tree sheds its leaves during late autumn, during which it naturally stops expelling extra heat. During this period most other life forms in the area either go into hibernation or migrate due to the lack of their preferred temperature. However, the leaves bud more quickly than most other trees. They are fully functional as early as the first spring month, and it only takes about said month for the area to be back to its tropical temperature which is when the hibernating/migrating life forms return.

Sun Trees grow in jungles in France and southern Great Britain. They originated in the former but their seeds came to Britain via birds and pterosaurs that unknowingly carried seeds on them. 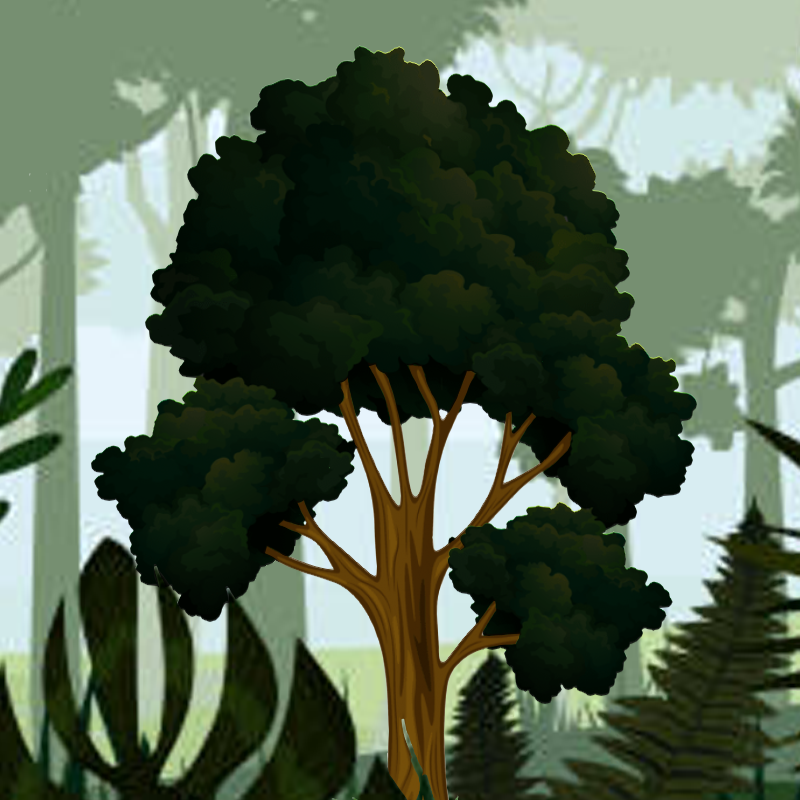 Remove these ads. Join the Worldbuilders Guild
Creatures and plants

I like this tree and its ability to generate heat. It's interesting how it changes the whole local climate. Nice article! And I like that fact that it's in France (I'm French :D)   Some notes I took while reading:   Where is this located in France? Or is it just over the whole country by now?   Having a mouse hover snippet with a summary of the article would be useful so that readers don't have to go read another article while they are still in the middle of this one.   I would also appreciate a tooltip at "8000 PDF" to explain your dating system. What does PDF mean?   " pterosaurs" You have dinosaurs??? Do you have an article on them? It would be cool to add a link here for people who wants to know more.   It seems strange for the tree to lose its leaves and stop emitting heat in winter when it's exactly the time period during which such a property would be the most advantageous. Would the tree not evolve the ability to keep its leaves over time? So that it can outcompete over plants by better surviving cold climate?   You haven't mentioned any human. What was their reaction when the tree appeared? How did they deal with such a radical change in climate? Would they not want to kill all of those trees? Or is France/Earth not inhabited anymore by humans?

That's a really interesting idea!   Does that mean the tree is generally warm to the touch? What kind of animals/insects have evolved to take advantage of the trees heat-centric qualities? Or.. What happens when you cut it open? Does it vent stored heat? :D

Hello Shinwashi!   The behaviour of a tree to essentially terraform is a great idea, and limiting its effect to temperate areas that become tropical (which also slows its ability to spread) keeps it grounded/realistic. I also appreciate that you've included touches of real-world science throughout your article (e.g. photosynthesis, Rafflesia, mutation of chloroplasts). My only thought is that you (really nice) sidebar image would benefit from removing some green in the leaves to make it more of a black/dark grey/mid grey to align with your written description. Great work!

Really interesting plant! A cool idea to have single plant affect the entire local ecosystem. The writing style seemed scientific and seemed plausible so nice job on that one. :)   I found a small error 'have adapted' should be 'has adapted'.

Impressive, a really strange plant. If people ever return to Earth, it'd definitely make them blink in confusion. So, where would you rank its blackness? Pure black, Vantablack, Redemption of Vanity?