Our place is full of distant unexplored lands and the strange creatures that supposedly live there. There’s Ocean with creepy hands, Desert with stomach, but there’s one creature out there so terrifying, so revoltingly monstrous, that many people don’t dare to even mention it. These are the man eating plants of Fairy Gardens forests.

They are exactly what it sounds like - man eating plants. Well, no exactly, surely they would eat a woman or a genderless person just as well, but that would be too many people to stuff into one name. Either way, they are reported to definitely eat people. And probably animals and other plants as well. There are several species of these, all abnormally large, hideous looking, and each with its own way of harming people. If you venture too far into the forest, you are risking getting tangled into sticky vines, impaled by tree branches, stumbling into a thorny mess of roots and branches, or suffer any other terrifying and nasty death.

Where can they be found?

Lucky for us though, these kinds of plants are extremely rare and found only in the deepest and most remote parts of forests, where not many people, or other animals would go into. All of these areas are very clearly marked on the maps for people to avoid, but there are of course the foolish daredevils who will go in there just for the thrill of it. Some never make it back. It’s not like death is a very permanent thing so it’s not too big of a deal, but you can bet that after bringing death upon yourself in such a foolish manner, they will think twice before letting you go back to your life.

Where did they come from?

It’s not entirely clear how these plants came to be, but surely they are the work of ancient humans. They are very well known to be a vile, brutal and destructive species, and as such creating something like this would be right up their alley. At least they were considerate enough to keep these so far away from people. Why they created them is a whole other question that might never be answered.

Subspecies and what they do to you

This is a tree with thick and sharp branches that will impale any person or an animal passing by close enough. Your dead body will never be found and brought to Hell, but will be left there to rot and your remains will be absorbed by the tree’s branches.

These are especially sneaky as they will grow on, and hang from, completely normal benevolent trees. If you accidentally walk into them, thinking them to be just some regular vines, you will very easily get tangled into them. Not being able to escape, you will meet pretty much the same fate as with the tree. Not only this, this is considered to be a parasitic species, slowly killing the tree it grows on as well. Poor tree.

This is a plant that grows as an extensive web of thorny tentacles. If you step on them, they will grab you and pull you in. The tentacles will pull you to the main plant’s mouth - the entire plant is basically just a giant stomach promising nothing but a drawn out and gruesome death.

This is a species of really tall plants - taller than an average mole - with thick stems and most hideous looking blossoms, if you even wanna call them that. They won’t really kill you, but just looking at how hideous they are might make you throw up. They are also covered in really thin hairs that will easily break if you touch them, releasing toxins that will cause you terrible rash or burns that might take forever to heal, so stay away from them just the same.

There are many more strange plants like these, some less violent but more toxic instead.

Reading the above descriptions, one might wonder how anyone would let themselve meet this kind of fate. And in reality, this happens extremely rarely. The plants themselves are extremely rare and confined to small areas all of the people and animals avoid. The only way to run into them is if you’re stupit enough to seek them out, or if you get really lost.

Because of this, these plants don’t seem to get much prey to survive and are believed to be going rapidly extinct. Good, right?

While both people and animals avoid these plants, it’s very possible that they have some actual purpose in our world. Though not entirely sure, people have come up with theories why these plants exist in the first place, and it’s not just humans being their abhorrent selves.

The one theory most people seem to agree on and find the most acceptable is, that these plants were all along meant to be a way to dispose of all of the failed “experiments” from the apocalyptic years. You see, back then, people tried out many different combinations of many different creatures to create ones that would be the best adapted to survive in the new world. This, of course, wasn’t an easy task, and has led to many, many failed results, the best known of them being a homunculus. All of the cursed creatures like that supposedly got fed to these plants, which is actually really horrifying if you think of it. Still today, it’s speculated that these are used to dispose of all of the excess blank characters, or the ones that came out of the other end of Hell. Whatever it may be, you’re best advised to stay away from them and hope they do go extinct completely soon.

Answering: "a species considered monstrous by some"
Visit tim-in-a-box's Competition Page Check all other answers to this prompt Competition Homepage

What a cool way to bring carnivorous plants to a world on a massive scale! Violent plants. I love it, and I'm left to wonder if you could turn them into house plants. It could be fun to use it as an incentive for guests to make their visits short, stay too long and you could be fed to a plant. 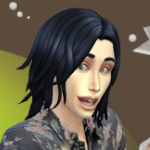 I definitely have to think about the house plant aspect of it :'D