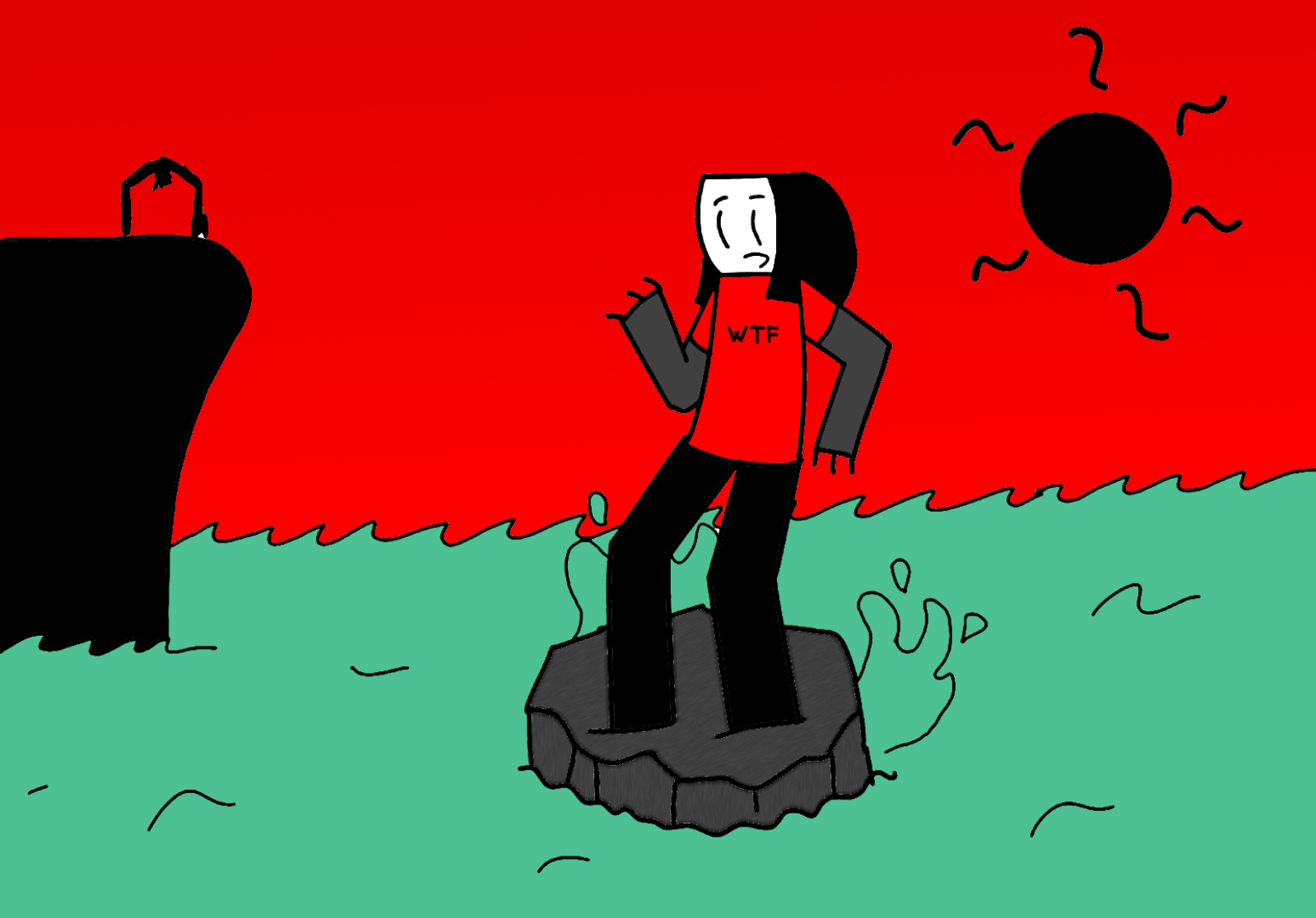 Both sides of Flat Earth are part of the same continent surrounded by the ocean on both sides. The ocean provides quite a few pleasant vacation spots around the shores of Ä+*4˜, though [email protected]Ö#Ä3 isn’t that vacation friendly. In Ä+*4˜, many like to even sail out with their ships and spend some time away from the world, surrounded by the seemingly endless sea. Cruise ships sail all around the continent of Ä+*4˜ as well.

But all these ships tend to stay relatively close to land. Further out you sail, the deeper the ocean gets. If you get far enough away, the ocean becomes almost literally bottomless - if you kept getting deeper and deeper on one side, you’d eventually resurface on the other side. Well, that’s not quite true. The truth is, you’d very likely fall victim to strange creatures that may or may not live there, at the deepest spot of the ocean. People aren’t very keen on the idea of exploring the depths of the ocean, they have all they could possibly need on land, so a lot is left to speculation and people’s imagination.

That’s not to say they haven’t encountered at least some creatures of the deep ocean. The most well known of these is surely a creature widely known as creepy hands. The reason for this name is the fact that it’s creepy hands are usually the only thing of the creature people have seen. These reach out and grab ships that dare to sail on its territory and drag them under water. There are only a few lucky survivors that had a chance to encounter this and make it out alive. Reportedly, these hands vary in color from blue to green, the same colors as the oceans. This is why they are hard to notice and may sneak up on ships unexpectedly; this is why people don’t dare to sail too far out to begin with. But surely, these creepy hands don’t float around the sea on their own - they are attached to a creature so terrifying, many don’t even dare to think about it. This is another part of the reason why the name and people’s thoughts about it only refer to the hands. This creature is believed to be a type of a giant squid, surely related to the ones described in ancient writings. One of these, quite possibly the best known one, was named Kraken and the stories of him are quite similar to those of creepy hands.

Due to the fact that creepy hands can only be encountered so far out in the sea, people don’t concern themselves too much about the creature. While they are very well aware of it, they remind themselves of it with lighthearted jokes or riddles such as the best known one:
“What’s in the ocean that makes it this big?”
“Giant squid”
This is to remind people that the reason for the ocean being so large and deep is that it needs to house several of these mysterious and big creatures.

And yes, there are several. Besides creepy hands, another well known deep sea creature is the giant sea worm. It’s a transparent gelatinous creature that floats through the deep sea. It doesn’t seem to have any limbs or even organs at all for that matter. it’s just a giant worm thing floating through water. The only way to know where its head is, are four flaps that it uses to propel itself through the water. In the very center of these is a small round mout lined with teeth. This creature doesn’t seem to pose any actual threat to people or ships, but it’s quite creepy nonetheless. Being transparent, it can be quite hard to notice and can sneak up on you quite unexpectedly. Luckily, it only lives in deep seas where people don’t encounter it that often.

But enough about creepy creatures. There is something in the sea that is believed to be quite more benevolent - the mermaids. Contrary to the previous two, no one has actually seen mermaids and are considered to be more of a legend than a fact. They have been referenced in ancient texts, and it’s not difficult to speculate that, if such a being existed, it would have an easier time surviving the apocalyptic years in the depths of the ocean. Additionally, it would also make sense for people during apocalyptic years to genetically modify themselves into this sea dwelling species, opposed to the cave dwelling ones found on land. Whatever the case may be, we may never know. People aren’t exactly sure where they live either, but it is theorized that there could be distant islands far out in the ocean, beyond the seas where creepy hands lurk. This would explain why no one has actually seen them yet. Despite the fact that no one has seen them, there are theories on what they might look like. The best known image of mermaids is the one of the bald mermaid. It's half human, half fish as in the ancient legends, but it has no hair. Sure the image of young attractive women with long hair from ancient legends seems nice, but people came to the conclusion that living in the water would make hair obsolete, as is the case with other animals and creatures living in the ocean.

There’s many theories about mermaids, but very little proof, so by many they are still considered to be just a myth. Still, the myth is a very popular one among the people of Ä+*4~. They like to imagine what could have been out there at the edges of this nearly endless ocean. Maybe there is, in fact, another species living another life completely cut off from the mainland. Even if they do exist, they are considered to be special and mysterious, maybe even magical. Because of their special and magical nature, they have been chosen as a basis for the golden bald mermaid award. This is a statue of a mermaid made of solid gold, given out for special achievements in different areas. A mermaid also appears in the logo of the band Pierce the Sirens.

What Else Cold Be There?

These are three of the most popular and best known creatures of the Ocean, but who knows what more can lurk out there. There are said to be fish so big that can swallow a ship whole, the ones that glow in the dark or the ones that are ugly beyond what any person can imagine. That’s probably why they hide down there. The Ocean isn’t very well explored, so a lot of these theories rely on ancient writings about the creatures living in the oceans before the apocalypse. Even then people didn’t know too much about what could be hiding in there, so a lot is still left to people’s imagination. 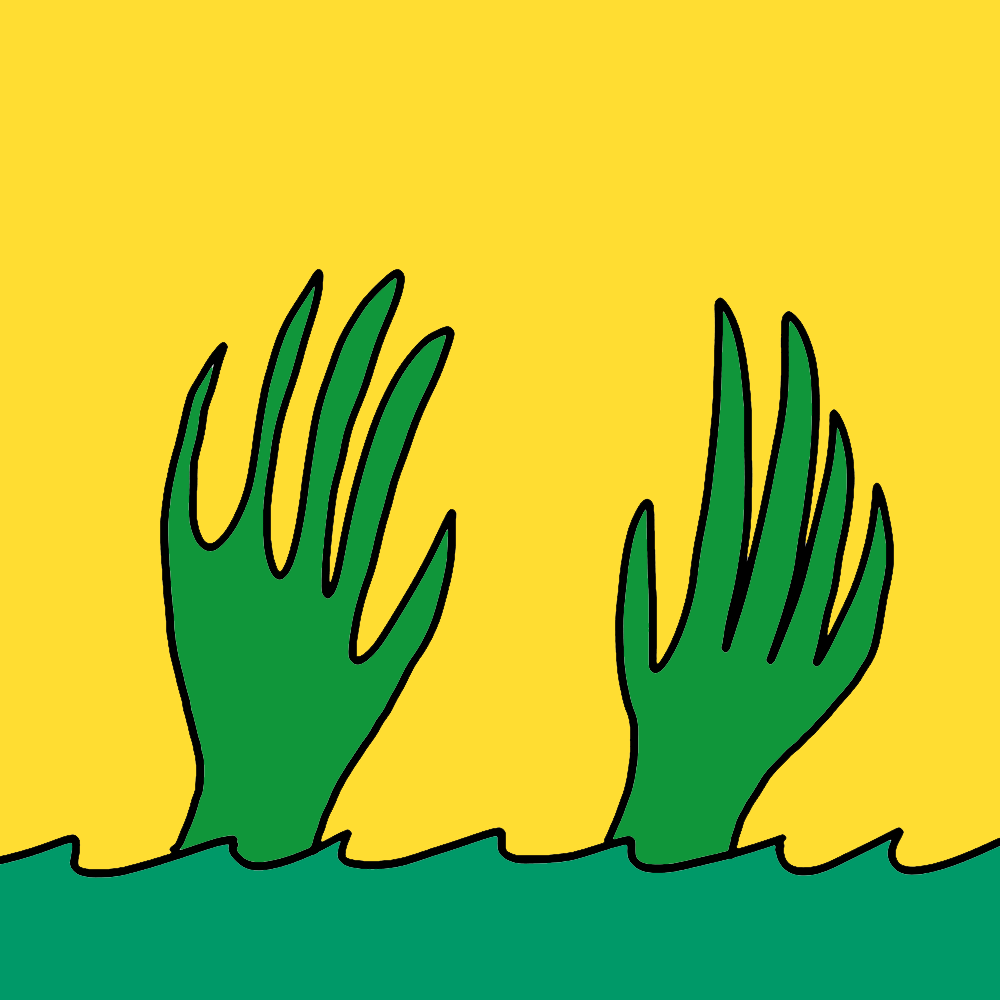 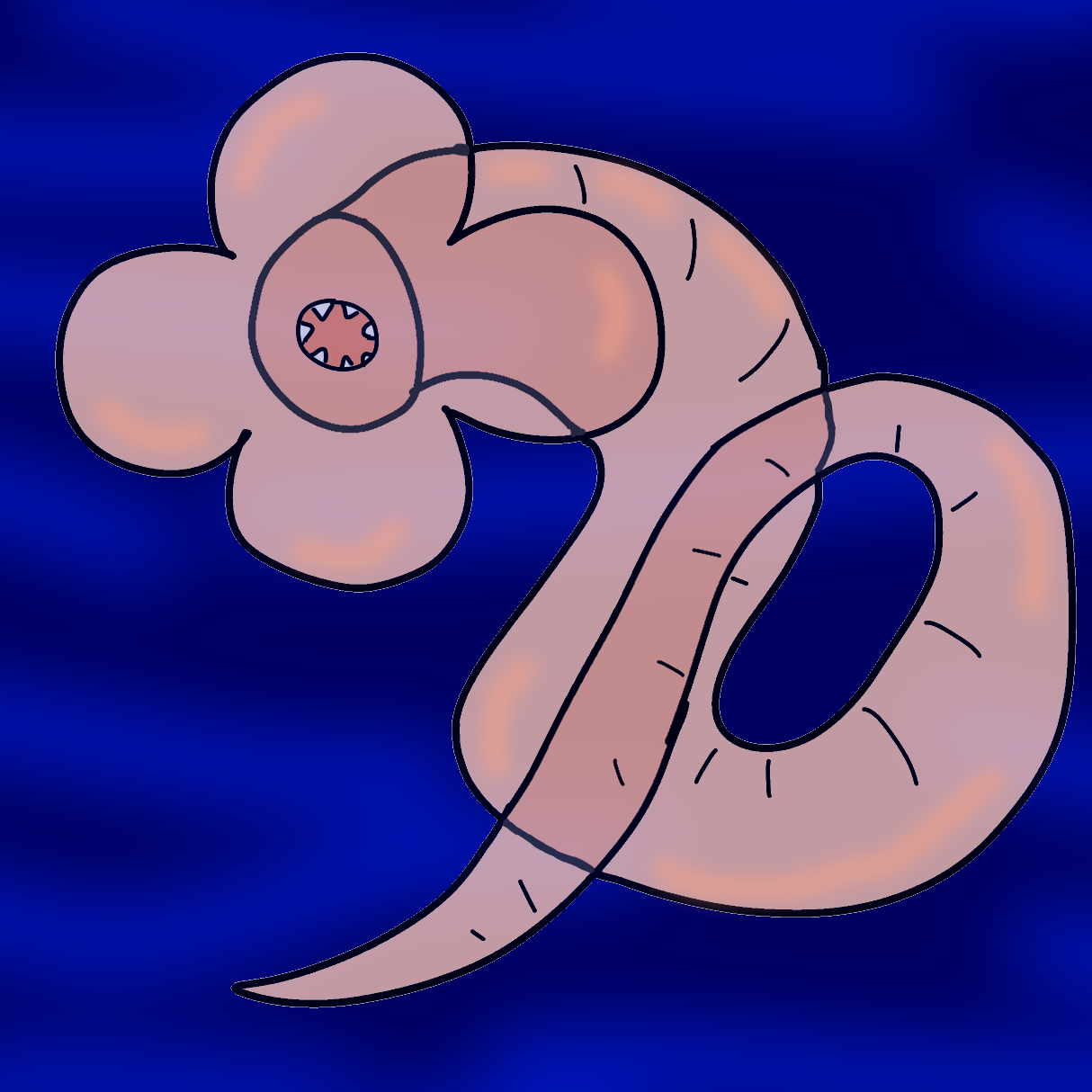 Remove these ads. Join the Worldbuilders Guild
Other Places
In response to the prompt What's your world's largest ocean, and what lurks in it depths? Do people fear it or own it?