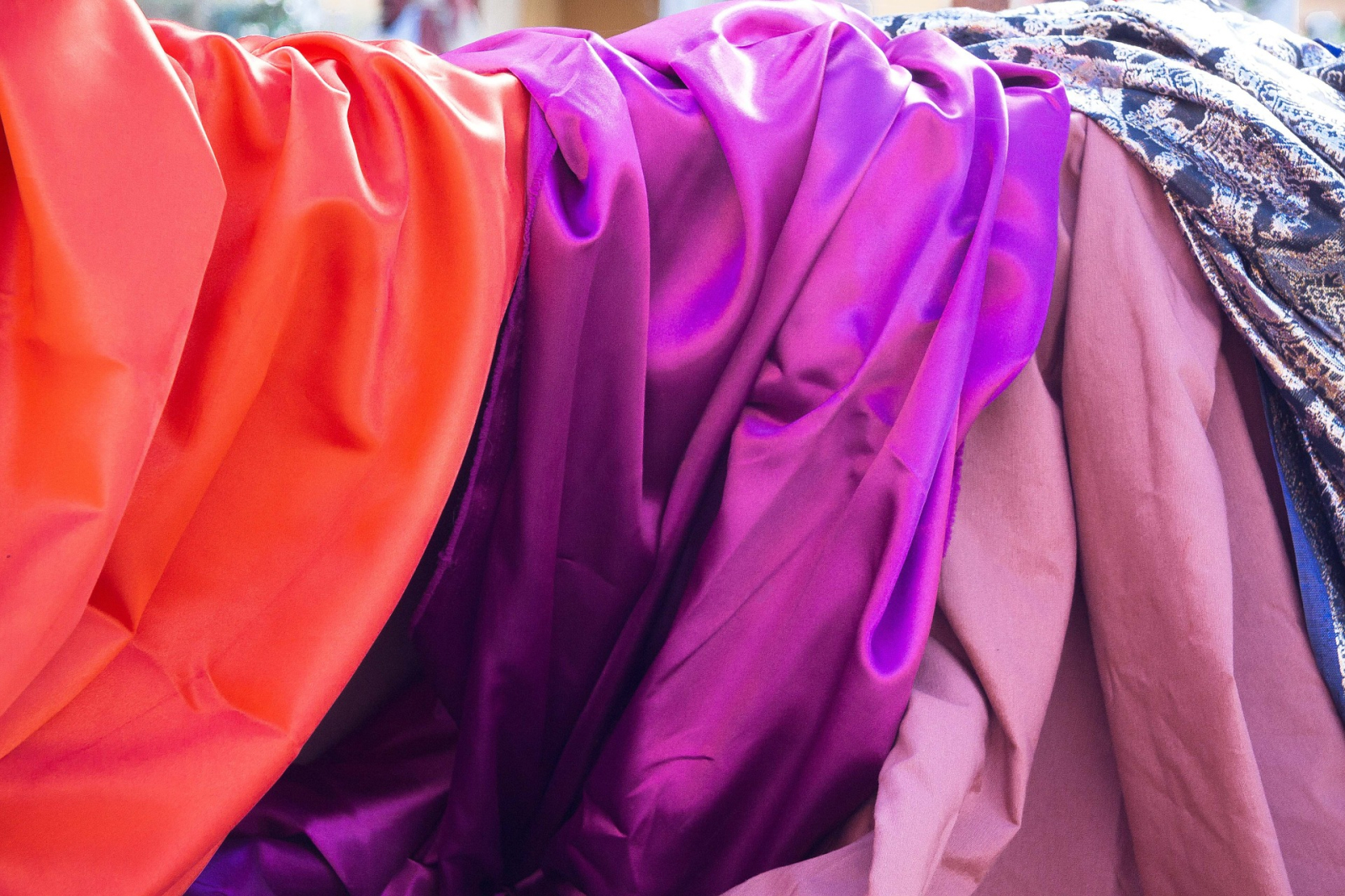 Silk is an insect-produced fiber most commonly recognized for its usage in clothing. It is typically harvested from the cocoons

or webs of butterflies, moths, and spiders, and has been manufactured around the world. The Rol'nara are especially known for their silk production due to their ability to industrialize its manufacture through the use of their secret Coactive Spinning technique.

Woven silk is generally cool and smooth to the touch. The material is fairly strong for its light weight, although it is prone to stretching.

Silk can be obtained from various silk-producing insects especially moths, butterflies, and web-producing spiders. One of the most famous species used in the silk trade is the Lacewing Butterfly, common to the plane of Rol'na, which produces a silk thread notable for its high refractive properties which results in a particularly beautiful sheen.

Silk is most commonly used in the manufacture of clothing. It is also commonly found as a component in furniture upholstery, tapestries, and decorative ribbons.

Silk is of particular importance to the Rol'nara who favor its dye-ability and lightweight comfort for use in their clothing. The Rol'nara have also become a top source of silk due to their Coactive Spinning process, which has allowed them to industrialize the process and provide large quantities of the silk with minimal efforts once the cocoons are harvested.

Raw silk needs to be carefully extracted from its source, typically the cocoon of a butterfly or moth, and then spun into threads before use. In most parts of Fillimet the extraction process involves the boiling of the cocoon to preserve the threads intact, rather than allowing the caterpillar to complete its metamorphosis. In Rol'na however a process called Coactive Spinning allows the usage of silk threads of any length to make a high quality thread with little effort, and so their Lacewing Butterflies are allowed to emerge from the cocoonprior to silk harvesting.

Silk can be used in its natural coloration or bleached and dyed to a wide array of colors. The thread it then woven into fabrics which can be plain or patterned. Silk can also be mixed in with other fibers such as Silkweed to produce hybrid threads and therefore fabrics with different properties to silk alone.

Because the caterpillar is typically destroyed while inside the cocoon to protect the integrity of the silk threads, in many parts of the world silk requires caterpillar farms where the majority of the livestock is killed each harvest. In some places this has also resulted in a large negative impact to silk producing butterflies and moths from poaching intact cocoon in the wild. Utilizing wild found cocoonafter the butterfly or moth has emerged has a minimal to nonexistent environmental impact, but this process tends to produce inferior silk unless using the Coactive Spinning techniques of Rol'na.

Type
Textile
Color
Most silks are a shade of off-white, beige, or gray. Typically the threads are bleached to a more uniform white and then dyed in the desired colors, although in some cases the threads are kept in their natural coloration state.
Related Locations
Related Species
Related Technologies