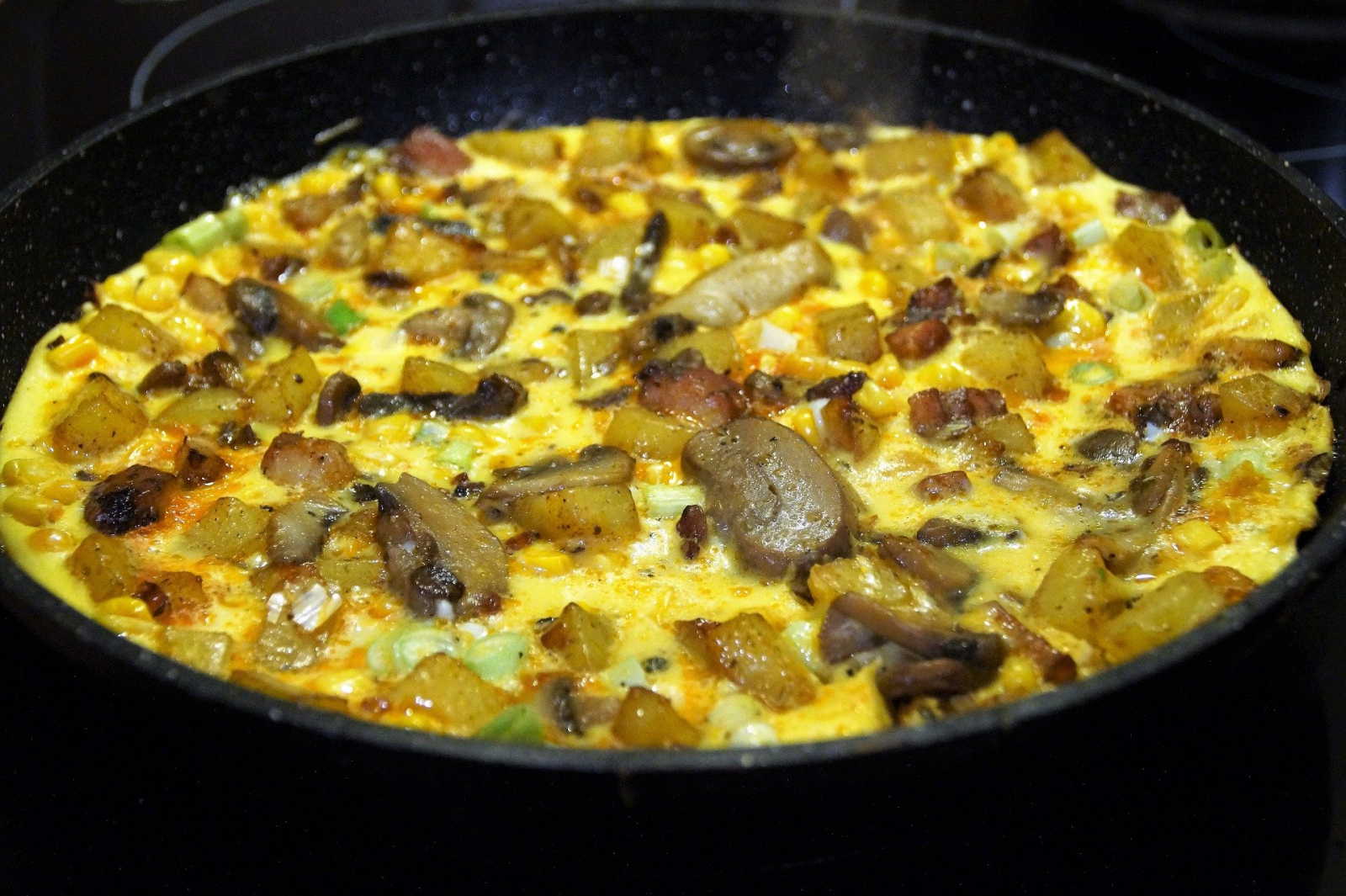 Breakfast is the most important meal in a Rol'nara household, bringing the family together to eat and converse before departing for their daily efforts and routines. As a result the entire family makes an effort to participate, and an assortment of foods are prepared.   As with all Rol'nara foods the ingredients are simple and readily available, while the preparation requires love and effort. It is important to note that the Rol'nara strongly believe in a balanced diet and healthy eating habits while also maintaining a sweet tooth. As a result they have spent great efforts to determine ways to flavor foods using nutritious sweeteners and spices. This does tend to add additional preparation to food preparations, such as cooking fruits to draw out the sugar flavors prior to including in a recipe. As a result sometimes the components needed for breakfast are prepared the night before, which allows for faster preparation in the morning, plus more time for the flavors themselves to mingle and evolve together.

Named for the bright colors of the fruit fillings, butterfly pastries consist of thin layers of dough wrapped around fruity fillings. The fruits are typically mixed with carefully paired spices to best bring out their flavors before wrapping in the dough, then baked or fried until the dough puffs up and turns a golden brown. They come in many shapes ranging from triangles to squares to crescents, and even formed into the shape of a butterfly on more formal occasions. While the pastries tend to taste fairly sweet they are surprisingly healthy.

Also sometimes referred to as meat cakes, stew biscuits are fairly dense quick bread biscuits filled with a thick meaty vegetable filling and usually paired with a gravy to complement the flavor. Frequently the filling and gravy are made using leftover stew or other meat dishes. The biscuits are always made fresh and heavy, cooked until hard on the outside, then punctured on top to insert the stew. When done right this results in a biscuit with a hard but thin outer shell containing a meaty, juicy breaded inside.

Sometimes called a butterfly casserole or deep dish omelet, the rainbow casserole is a popular breakfast choice for breakfast gatherings on busy mornings. Fresh eggs are cracked and whisked into a deep dish, with various roasted vegetables or cooked meats or both added according to preference and availability. Spices or herbs are frequently added to enhance the flavors of the dish. Cheese is a popular addition to hold the dish together and add a creamy texture, although this too is optional. The final concoction is baked until the eggs are fully cooked, then sliced and served.

The plane of Rol'na was fairly poor prior to the founding of The Portal Exchange. While its people now have easy access to the foods and spices of the world due to the Exchange their foods have maintained the essence of their unassuming past: simple ingredients expertly and sometimes painstakingly combined to best showcase their flavors and textures. The recipes have been adapted through the years to utilize whatever ingredients are readily available, regardless of their origins.

Breakfast is an important part of the day for a Rol'nara family, serving as an opportunity to spend time together before the busy day unfolds. All available members of the household will typically eat together before going their separate ways for the duration of the day. Close friends, especially those without available family, are also frequently invited to participate.

Breakfast is the first meal of the day, and the most important in Rol'nara culture. Breakfast allows the family to gather together before each member departs to fulfill their tasks for the day.   If a family suspects a morning gathering may be difficult or rushed they frequently gather the night before to begin preparations together instead, allowing family members to consume breakfast enroute to their daily obligations with the memories of preparing the food together the night before.

Join Fillimet Discord!
I strive to release new articles weekly. Follow my world to receive updates on new content. Thank You to those who encourage my writing.   Copyright © 2019-2020 Angela Biscup (SolarCat02). All Rights Reserved.
Please don't send me submissions of any kind.
Cover image: Egg Omelet Salty by Iva Balk