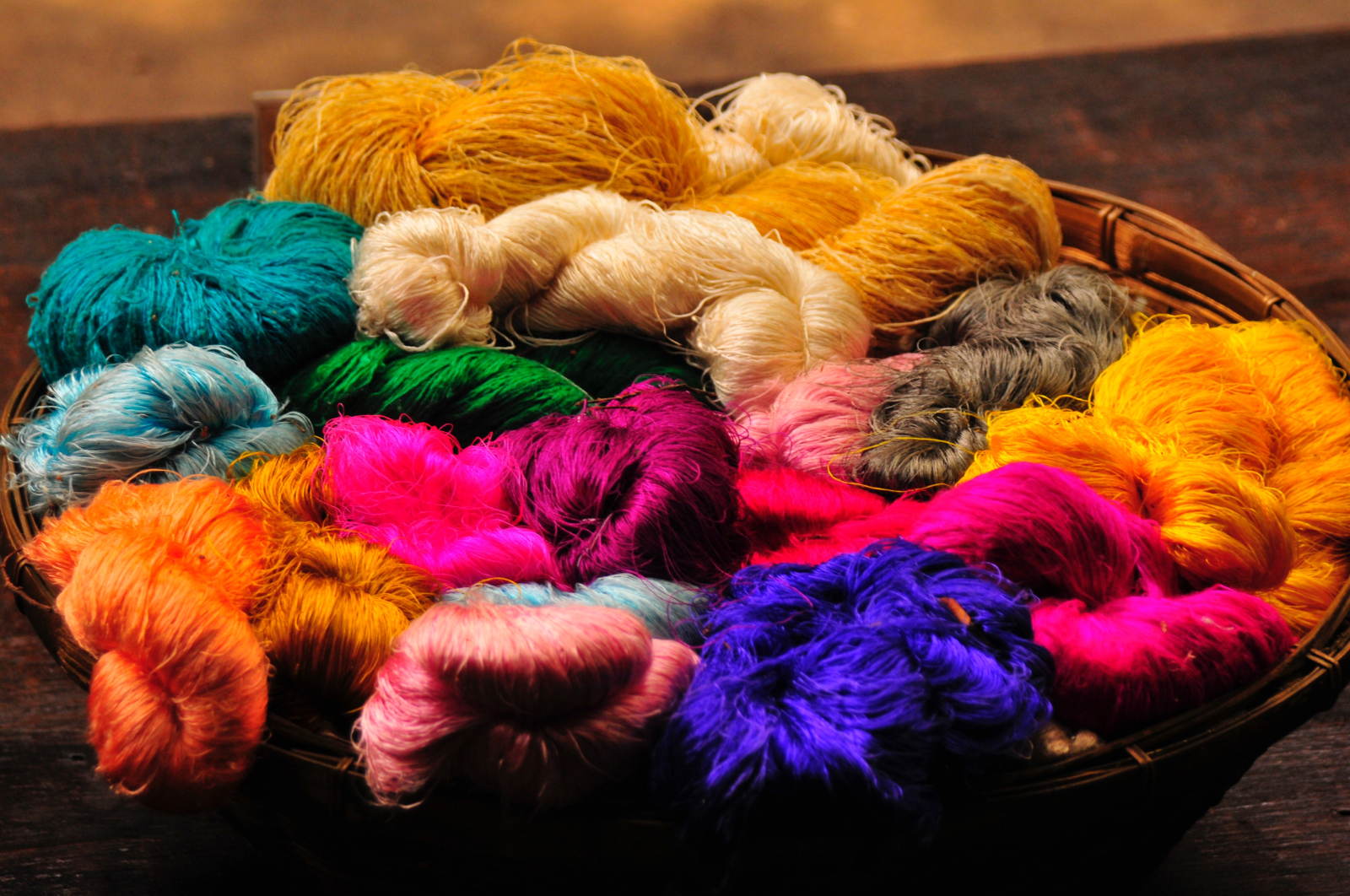 Coactive Spinning allows for the automation of spinning of threads while also allowing the use of shorter fibers in the creation of that thread. It was originally invented for use with Silk to provide a way to effectively harvest the material without destroying the caterpillars of the Lacewing Butterfly. Its success revolutionized the silk industry for the Rol'nara, allowing for large scale autonomous production of silk using empty cocoons.

The popularity of Silk with the Rol'nara was beginning to cause great strain on the Lacewing Butterfly population due to the practice of poaching the cocoons and boiling them before the butterflies could emerge and damage the silk threads. Many farms were created to breed the Lacewings for silk production but even this did not reduce the poaching.   The decline in Lacewing population was also beginning to have a negative impact on farming due to the insects carnivorous diet. Without the caterpillars the populations of more harmful bugs and insects were growing, requiring more efforts to produce enough food to feed the population due to smaller crop sizes.   A young scientist full of ideas, Rex Galgus, saw this problem as a challenge and set to work. Exiled from his own people for his magical arts, he had fled to Rol'na for a new beginning and was eager to prove himself. Rex evaluated the possibilities of replacing natural silks with synthetic fibers, but these were viewed as inferior materials and required great effort to create, so he set his sights on discovering an easier and less harmful manner to harvest the coccon silks. After months of experimentation he was finally able to divine the correct spellwork to encourage broken silk threads to bind themselves willingly to unbroken sections of different threads, not only allowing the usage of empty cocoons for harvesting but also creating a silk fiber that was less prone to damage while maintaining all other properties of the material. As an added bonus casting this spell on the spinning machine would automate the process, allowing for even greater industrial spinning while only requiring a minor effort to monitor and maintain the machines.   This was a revolution in silk production, and thereafter silk became readily available to all members of Rol'nara society. Rex continued to refine and improve upon his spells, creating larger machines with more features until his death, when others took up the mantle of thread production innovation further expanding its use to include other processes and even non-silk weaving materials. Although some crafty individuals have managed to obtain information on some of the spellwork required the process as a whole has thus far remained a secret to Rol'nara, one held with great pride from outsiders.

Raw material strands in any size or state of refinement are presented as input to the Coactive Spinner machines. The Spinners then clean and prepare the materials, weaving each strand with several others to create large industrial-sized spools of thread of the specified quality and strength. If this is the desired output the machine will stop, otherwise it will continue refining until the parameters for its final product are met. Capabilities of the process include dying the materials with one or multiple colors, reducing the output to smaller spools in various sizes, or weaving the threads into various patterns for sale as bolts of cloth.   While the process was originally invented for use in creating Silk, it can be used with a variety of materials including materials from Silkweed or even the tough fibers of Chromatic Palms. Newer models can even weave hybrid threads, mixing different types of fibers into the desired hybrid thread types.

Inventor(s)
Rex Galgus
Access & Availability
Coactive spinning is a closely guarded secret, performed only in the private villages of the Rol'nara.
Complexity
The Coactive Spinner machines require some complicated spellwork to manufacture, but once properly spelled a single individual can easily monitor up to ten machines working at full volume, dependent upon the desired outcomes.
Discovery
Coactive spinning is the brainchild of Rex Galgus, who was looking to help the Rol'nara discover a more economical and ethical way to manufacture their beloved silk.
Related Items
Related Materials

Join Fillimet Discord!
I strive to release new articles weekly. Follow my world to receive updates on new content. Thank You to those who encourage my writing.   Artwork and Content (unless otherwise stated) Copyright © 2019-2020 Angela Biscup (SolarCat02). All Rights Reserved.
Please don't send me submissions of any kind.
Cover image: Silk A collection of different colored silk strings. by Boudewijn Huysmans