Who Brought Many Blessings

Many Dawns ago, before the mountains grew trees and The Ceradons could thrive, there was a small village. This village, Nunuu, was nestled between the Caves of the Dulmok, Those Who Dwell Among the Frost, and the Plains of Sand and Wind, where life is forbidden. Life was hard for the people of Nunuu for the forests were sparse and food was all given to the Great One, the God Who Never Rests. But these were the least of their worries for these were the times of The Great Serpent of Air, Balduuc, He Who Flies Where None May Go. Each planting the great winged serpent would come from the sandy plains and scour the land with venom from his terrible fangs, making so the Nunuu could not seed their fields with yams and corn. One night all the members of the town met beneath the shrine of The Great One and prayed for his guidance, and then gathered in council to decide what to do.   "We should flee! Move to the mountains like the Dulmok!" cried one, but the people of Nunuu were not willing to leave their home. "We should cease the sacrifices to The Great One, for He cares for us no longer!" cried another, but that was not the way, agreed the other townsfolk. And so it went on, until one young farmer stood and cried "I shall kill the beast!"   A hush fell over the people of Nunuu, "That is not possible, no one can kill a creature as great and terrible as the Serpent of Air!" cried one, however this young farmer, Feir'Dah, persisted and in the end convinced the townsfolk that it was the best way.   And so the people of Nunuu took their Sacred Iron and they melted it down and forged Feir'Dah a mighty sword, imbued with the Great Ones strength. And they felled a tree from the shrine of The Great One, and they crafted him a mighty shield, imbued with the Great Ones protection. And they gathered all their food and water and gave it to Feir'Dah, and so he set out into the Plains Where Life May Not Thrive, to find the lair of Balduuc the Terrible.   Feir'Dah traveled through the wastes for 9 days and 9 nights until he came upon a small grove of trees, similar to those near his home, but with something uncannily different. After wandering among them for some minutes he came upon a spring, at the center of the grove, and flying through the water of the spring, as a vulture does through air, was a strange creature, scaly like a lizard, slippery like newly shucked Cobanut, and graceful, like the swaying grass. "What are you little creature?" asked Feir'Dah, and the creature turned its head towards him, revealing a gaping mouth and bulging eyes, like the giant swamp toads of legend. "I am a fish, I am the spirit of the oasis springs, and you are lost" replied the creature.   "Will you help me?" asked Feir'Dah, "my people are dying because of Balduuc, the Terrible serpent who flies!" "Mmm, I will help you," replied the fish, "but in return I ask that you help me, once you finish your quest and felled the Beast, I wish for you to come to me here in this oasis and bring me a fruit from your most sacred tree, every moon cycle, when the moon is full and blesses us with it's light." Feir'Dah agreed and so the fish told him to find the lair of Balduuc and gifted him a vial of water from the springs, to help resist the Serpent's venom. 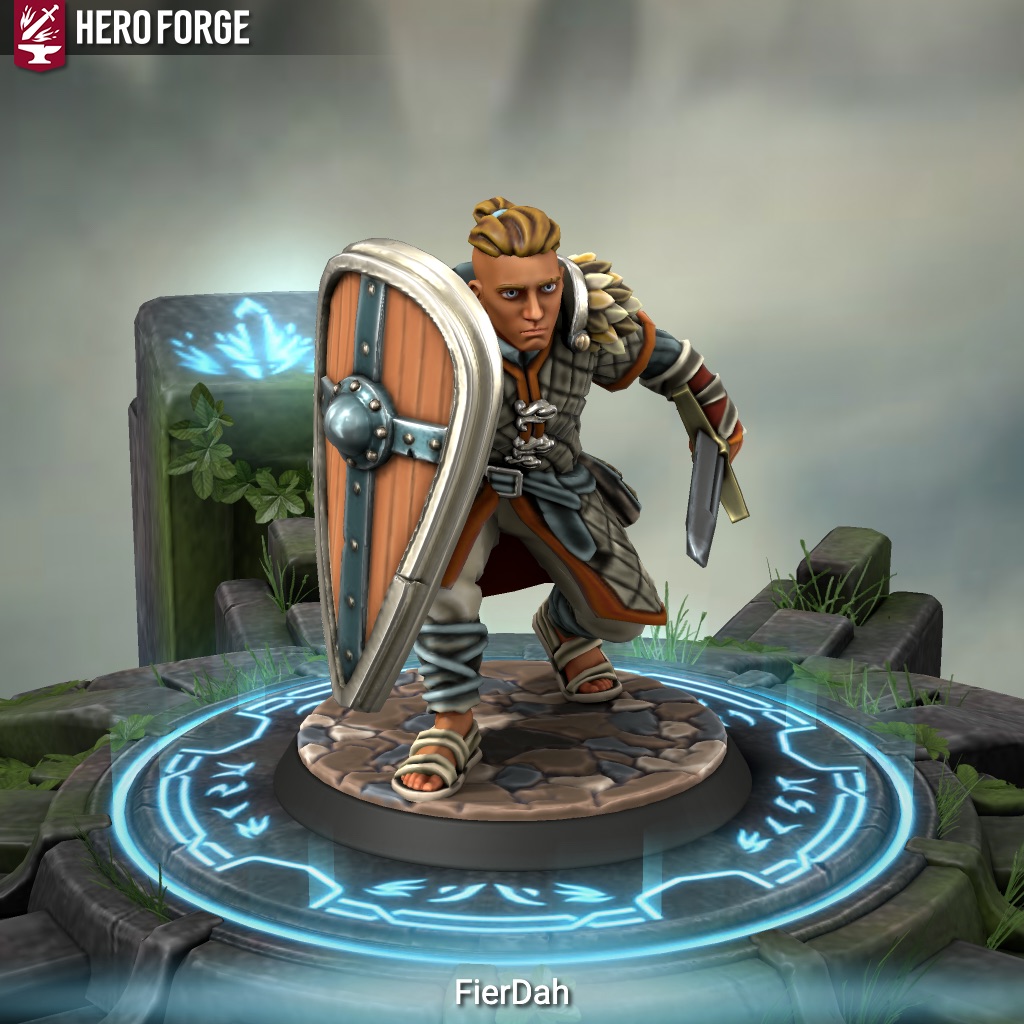 And so, for 3 more nights and 3 more days Feir'Dah traveled, and his food supplies and his water supplies dwindled, but at last he arrived at the mouth of a great cavern, stinking of the rot of flesh. Bracing himself for the terrors that lay ahead Feir'Dah strode into the cavern, sword held high, and found himself facing a great yellow eye, as tall as he.   "Who wanders into my home, and dares wake me!" came a rumbling voice throughout the cavern. And then the great serpent uncoiled, revealing glistening black scales and massive massive leathery wings. And then his massive head shot forward, his teeth bared and Feir'Dah raised his shield and repelled the attack.   And so they battled far and wide, almost back to the town of Nunuu. And Balduuc bit Feir'Dah across the chest and filled him with poison, but Feir'Dah drank his water from the springs and the poison was cured.   And then Feir'Dah hacked at the great beast and he cut into the scales and where the crimson blood fell, little sprigs of grass grew.   At last, when Feir'Dah was wearied from battle and near too collapsing, in one massive swing, he sliced through the neck of the serpent and severed its head.   The body fell to the ground into a heap and over time, as the blood poured from the stump of the neck, a forest grew. And when Feir'Dah returned home to Nunuu, he through down the beasts head and a tree of immense height grew and it bore fruit, and so the first Unula grew, the first Dragon Fruit. And from this tree the people Nunuu were once again able to feed and make sacrifices to the Great One, who sheltered Feir'Dah through great peril.   And even after this great deed was done, Feir'Dah brought the Dragon Fruit, the most sacred fruit of Nunuu to the spirit of the oasis springs each moon cycle, when the moon shone full, and he kept his promise.   And so it was, that Feir'Dah went down in history as the One Who Brought Many Blessings, for he rid the village of the horrible beast and he returned food to his people. Forever shall he be remembered.