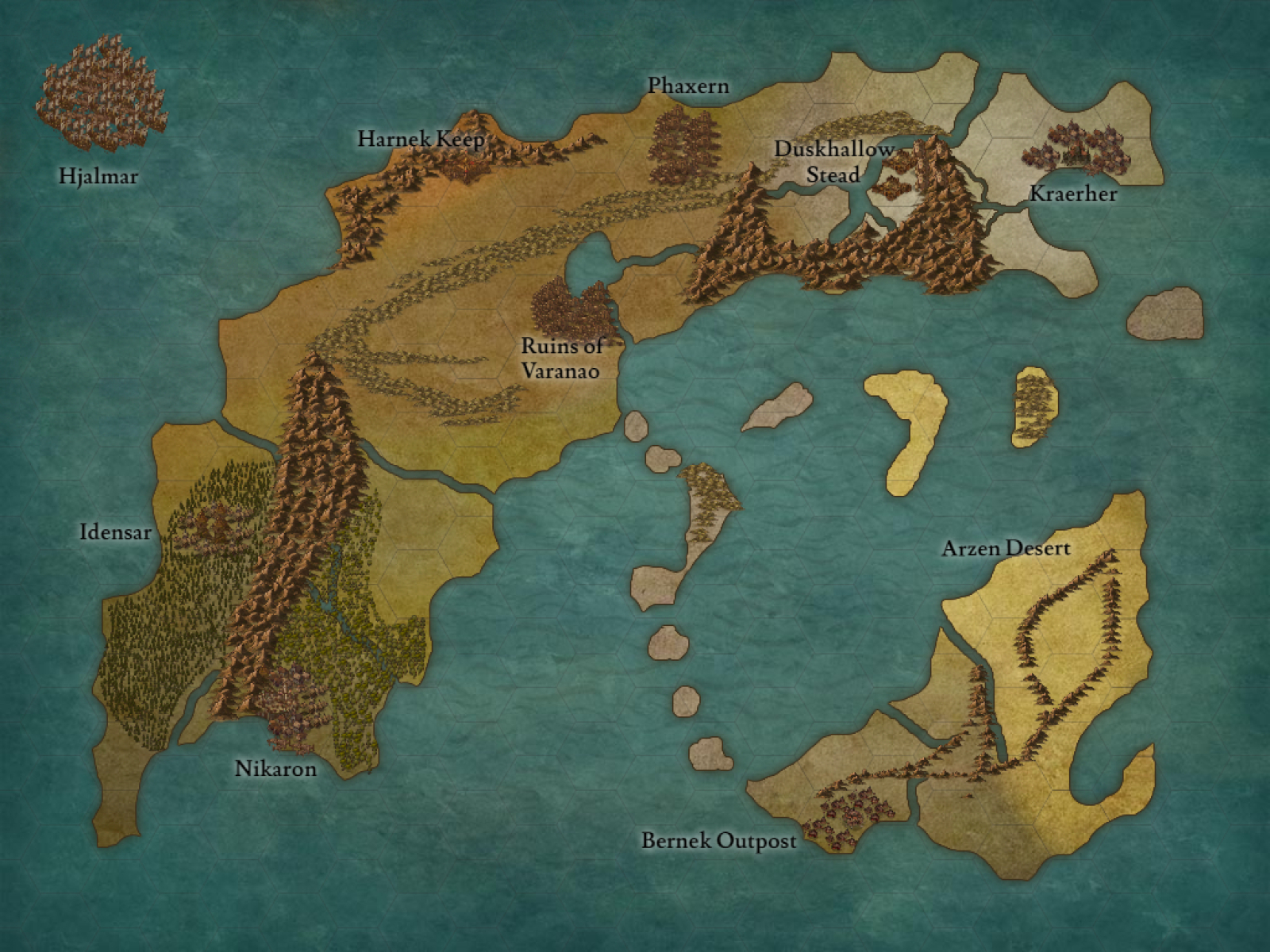 Morthamus
The world of Fayeguard is fractured, the land split into islands covering the known world. These islands are inhabited by Humans, Elves, Dwarves, and stranger things than those. The great age of magic and peace is long gone through the machinations of an unknown group who devastated the land and people of the great empires, though there are those still desperately clinging to the ancient ways, and those who would do anything to move away from the past.   The people of this world wage near-constant war against each other, for food, land, power or even just for the sake of war. Alliances are few and far between, though it is often harder for deals to be made not involving annihilating a shared enemy.   Dark times spread over Fayegarde, and with them are dark creatures, who would destroy the world if given the chance, we can only hope that there are enough left to stop them at the end of the wars waged between those inhabiting Fayegarde.   The greatest of the battles are still to come, which army will you lead to victory?