Edith, also known as Granny Goodsmith, is a dwarf cleric of the Forge Domain in search of the people responsible for her daughter's death. Despite being a retired soldier, she has taken up arms once again to solve this mystery.

Her origins begin from a home of a household healer. Born to Endol Goodsmith (mother) among 4 other siblings, Edith had a relatively simple childhood until around her coming of age, she woke up far from home with no memory of why. A supernatural being, in service to Moradin, called to her to become a divine agent in the world. With the gift of a runestone blessed by Moradin, Edith began her righteous pursuit as a Cleric of the Forge.

Edith received a fairly common education in the school of smithing; nothing of merit being outstanding.

After her encounter with a supernatural being, she took up arms in the military due to invaders attacking her homeland. Her main role was a supporting unit, using her skills as a blacksmith.

Edith was a fairly successful soldier, earning a sizable amount of fortune to live comfortably.

Near the end of her career, Edith found love with a dwarf sailor (secretly a warlock). This was not to last, as this dwarf sailor betrayed her, blaming Edith for a crime he committed. In the end, she was proven not guilty, all the while pregnant with Edill.

After giving birth and raising Edill, Edith was called to adventure, but ended terribly. She suffered a grievous injury, with a large scar across her right shoulder down to her waist.   Deciding adventure was not what she was suited for, Edith retired as a soldier. Only until recently. A few days prior to present day, Edith discovered a great tragedy: the death of her daughter, Edill. Now, Edith a taken up arms once again, to uncover the mystery behind her daughter's death.

Always polite and respectful, Edith is prepared to lay down her life in the defense of other, especially those that fight along side.

With the recent discovery of her daughter's death, Edith is prepared to avenge Edill by any means. 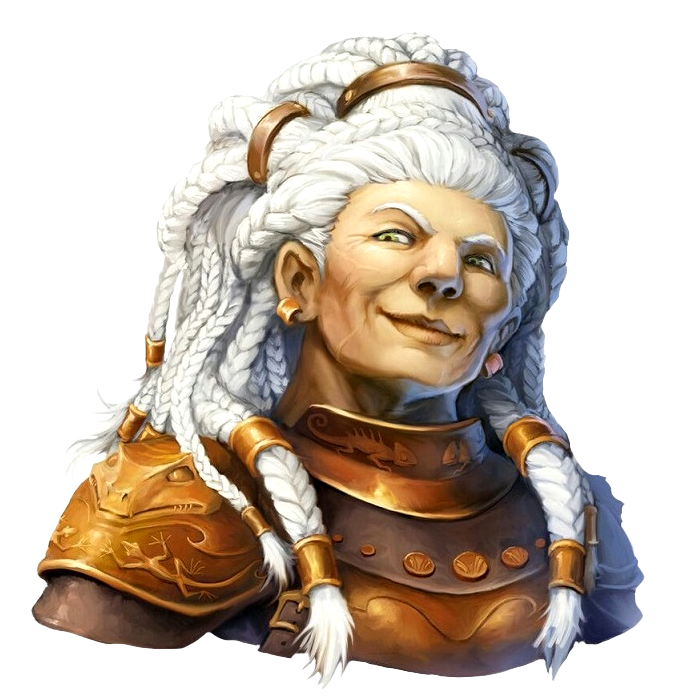