Leshanna takes pride in her work. Whether that work is as simple as picking a lock, or deceiving those around her, or if it is her work as a successful fence in the city. After growing up poor, and unwanted by her parents, Leshanna yearns for nothing more than the warm comfort of money. Leshanna will use whoever she can if it means making a better profit for her.

Leshanna did not know her parents very well. She knew that her mother was an elf and her father was human. And she knows that her mother went missing shortly after she was born. She was born in her fathers laboratory but she doesn't know why or what her father was working on. Her father didn't seem all that attached to her, however, and gave Leshanna to his brother. Leshanna grew up under the limited teachings of her Uncle, but left once she was old enough. Leshanna wanted to make a life of her own and found she was quite lucky when it came to sneaking around and acquiring money and supplies, and took up life as a rogue.   The life of crime seemed to call to Leshanna. She specialized in anything that could make her money. During her early days she was a simple thief, focused on pickpocketing commoners on the streets. As her confidence in herself grew, so did her ambitions. She upped the stakes and started breaking into people homes and making off with anything valuable. She became quite adept at picking locks.   These days Leshanna has taken to fencing goods for money. Although, she will always have a certain fondness for stealing from others. While in search of more valuable treasure Leshanna came across a dragon who spared her life in exchange for her sharing some select treasures every once in a while with the dragon. Somewhere in the city there is an art thief that really has it out for Leshanna, unbeknownst to her, because Leshanna has stolen many art pieces that the thief had his/her eyes on before the thief could get to them.   Leshanna fell in love at some point?

Leshanna has no formal education though she learned the basics, such as reading, from her Uncle. She is primarily self taught in her rogue abilities.

Leshanna has never bothered with any formal work, but occasionally does accept requests from others if the pay is right. She considers herself to be self-employed, working as a burglar, a fence, and on occasion a counterfeiter.

Made a friend of adventurer: Alina, fellow half-elf (Kaleigh...?) Saved a commoners life, he/she now owes me a life debt and travels with me. [Also up to you to customize if you'd like Paul, apparently severely allergic to halflings] Leshanna was found Not Guilty for a burglary that she did in fact commit. Leshanna also managed to pin her crimes on someone else, and feels no remorse. She also was found guilty of counterfeiting and spent 1 year in prison before escaping.

Nearly eaten by dragon. Been caught for several crimes.

Born in a cold and unloving laboratory. Probably some Daddy Issuestm due to an unloving father. Who knows what happened in those first few years in that laboratory? 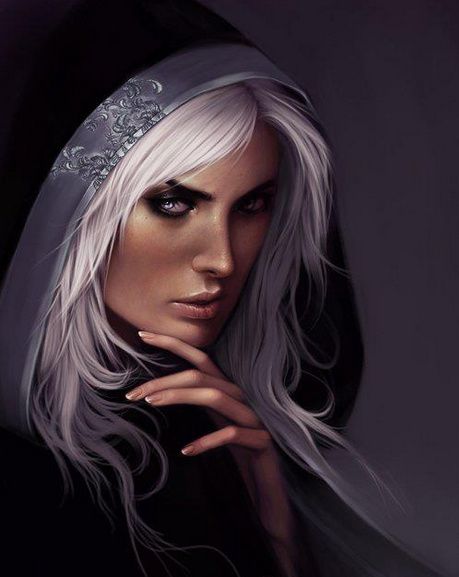