The Fossili tree are mostly known for the city of Bloodwood, a Fossili tree growing atop of the death site of a tarrasque long ago. It's roots has formed a solid platform for the city's population to build on as it reaches in a 400ft radius around the trunk of the tree.   The Great Fossili tree as it's called is roughly 2000 years old but has only been the home of the citizens of Bloodwood for the latest 600 years. There were signs of the tree being inhabited before by other people, but only the eldest that recall the great tree only tell of the vibrant jungle that used to surround it. Now it's but a desolate land with Fossili trees stretching across now so called oil fields. There are many theories for how the society before Bloodwood crumbled, but the more the researchers learn of the Fossili trees, the more disturbing the theories get.

The Fossili are of the Mangrove family of flora and are thereby very similar in the way they grow. The Fossili's roots stretches up to 15ft. from it's center with a width of 2 inches in diameter, the oldest recorded Fossili tree's roots reaches 60ft. and a thickness of 5ft in diameter. The tree's roots stretches deep into the nearby soil and there are enough of them to hold up the main body of the plant.   The leaves of the Fossili are non-existant due to it's primary source of food not being sunlight, instead it's branches curves down and form circular cradles which slowly fill with sap from the Fossili. Each Fossili tends to have between 3-6 branches with older trees having between 10-16.   The bark of the tree is a light red and feels much like a birch would, tearing off pieces of it's beautiful red bark causes the tree to sometimes visibly regrow it. It's roots in turn look like main arteries and veins sticking into the ground.

The Fossili spreads it's seeds using the globules of sap held by their branches, during most seasons the sap is very nutritious and fine to consume, during autumn however the sap becomes poisonous but more alluring in it's scent. This is due to the Fossili's seeds being grown inside of the sap globules, creatures that consumes it during this time period are afflicted by 1d6 poison damage every minute for as long as the seed remains within the creature.   Should a creature die due to the poisoned sap it will feed the Fossili seed and trigger it to sprout, using the dead creature's body as nutrition for it's growth.

The Fossili's growth rate depends entirely on the sort of creature it's seed sprouted from. The largest of it's species grew from the corpse of a Tarrasque, though with knowledge of the Tarrasque's poison immunity it's clear that the Fossili tree growing from it's cadaver could've stemmed from a smaller scavenger expiring in close proximity of the Tarrasque corpse.   The more nutrients the Fossili tree gets through it's roots can cause the tree to visibly grow new roots, branches or bark. A Fossili sprout can take between 1 week to 1 year to reach an adolescent state and then requires little amounts of nutrients to survive. Should a Fossili tree be damaged it will heal itself using hitdice which amount corresponds to the trees source of nutrients.

The Fossili exists only in dense forest and jungle areas that contain large amounts of fauna due to how the tree reproduce through animals. Areas that become common with the Fossili tree are more specifically known as the oil fields. The oil fields are the extreme result of the tree's effect on the wildlife as it requires a large amount of corpses to maintain.   The Fossili trees tends to be a great source of food for the variety of animals that live in the forests, due to it's excess in sap it's goal is to increase the amount of fauna within the woods and live off the cycle of life caused by that.

The Fossili tree are technically omnivores, it's roots liquefy organic material over time and draw the nutrients from dead prey through this method. Feces, Corpses, Fallen leaves and other plant roots that comes in contact with the Fossili's roots are food for the tree.   The roots of the Fossili tree are similar to most carnivorous plant life in the sense that once they sense an organic material they produce a dissolving substance and begin to grow, forming more roots around the found nutrients. This doesn't happen in any open space and roots in contact with the air are hardier than the roots in contact with water or dirt is.

While the Fossili tree is resistant to fire and the risk of being set aflame during the dry seasons, it doesn't have any resistance against winter's harsh cold. But due to it's life being dependent on corpses and it's requirements for continued living being so low, it can survive the winter season in hibernation.

Fossili trees has been known to be used in druid groves, wood elf societies and sometimes in firbolg settlements. Those with a culture close to nature and the cycle of life plants the Fossili near burial sites. It's important to note that the dead that weren't aligned with nature will most likely see the burial of their corpse near a Fossili tree to be a way of defacing them.   Fossili that exists in graveyards do no yield any sap, instead they grow a variety of coloured flowerbuds on it's branches each time a new nutrition source is found.

The Fossili is mainly known for it's incredible sap that it produces most of the year, during autumn however it produces a poisonous version. The sap is often sought after to make amber and is sometimes used in the making of several foods. It is however the poison sap that is known for it's vibrant taste in the dwarven kingdoms, it's an addicting supplement for breakfast recipes due to it effectively keeping the poison resistant dwarves alert and focused throughout the day.   The flowerbuds made by the domesticated version of Fossili contains a nectar and are thereby heavily sought after by beekeepers. The flowerbuds don't flower whilst on the Fossili and can also be moved. Once replanted on new soil the flowerbud yields a large amount of nectar before expiring after a month.

Fossili Trees can grow close to one another at first but it's rare to find multiple sharing a space of 15ft where their roots tend to grow.
Scientific Name
Rhizophora Os
Origin/Ancestry
Osha Continent - Jungle
Lifespan
3000 years
Conservation Status
The areas where the Fossili grow are extremely dangerous and thereby the conservation of these trees aren't an issue. They are however rare as they only grow in very specific areas.
Average Height
15 - 30 meters
Average Weight
N/A

I love the idea of exploring the eco-system that would spring up around a legendary creature upon its death. It is a real cool entry based on that - and dwarves seeing dangerous poisoning as delicious flavoring is just about the most dwarven thing ever, I love it. :D   Is the Tarrasque corpse still around? 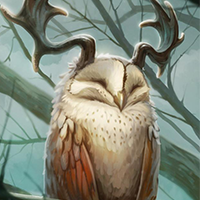 Hi!   The Tarrasque corpse that the tree grows on is still around but is mostly submerged over such a long time. It takes quite a while to digest such a creature I'm sure.

Such a nice concept that the characteristics of the plant are determined by the creature that it originated from. And of course also funny that the dwarves actually see the poison as a food source xp I wonder though do all areas with a fossili tree become oil fields or only the largest one? And do animals still come there if all plants are gone?

Only the most extreme cases of the Fossili seem to create oil fields. Animals tend to avoid them but there are still swamplike creatures and animals that have adapted to such a harsh but well protected environment.

Hi Victor!   I really like your cover image, and the description of "circular cradles" and "arteries/vein like roots" is joyously morbid. As a GM, I like that you've tied the plant's hit dice to the corpse it grows from and created a variety of uses using different parts of the tree and for different cultures. Keep up the great work!

Great article! That's a nice murderous tree :D I like that your trees are killing so many animals as to create oil fields XD   " the dead that weren't aligned with nature will most likely see the burial of their corpse near a Fossili tree to be a way of defacing them." I like that! Though in the end the tree will feed from all the dead, right? Though is the difference that they have the time to decompose on their own if they are farther away?   " instead they grow a variety of coloured flowerbuds on it's branches each time a new nutrition source is found." Why the difference, why do they do that?   I'm not sure I properly visualise the way the branches are. Or is it like the picture in your header? I wasn't visualising it like that from the first description " form circular cradles which slowly fill with sap from the Fossili." I think it's the "circular" that throw me off, I though all the branches were joining together back at the trunk. You can maybe mention the spherical shape of the sap rather than later to make it clearer.   Love the bit with the dwarf eating the poisonous sap XD

Thanks for the input! Yes I should've described the end of the branches becoming like bowls for the sap to be held in much like the picture above. Although unlike the reference that is from World of Warcraft, the Fossili isn't underground.   The cemetaries that contain Fossili trees tend to be aligned with some form of god of nature. Those people that aren't yet are still put in the ground by a Fossili tree are the ones that tend to see it as a disrespect. Fossili trees aren't very common and so they won't be feed off all the dead you come across.   Only the domesticated version of the tree produce flower buds. This is due to it having adapted to a steady life where the dead of the nearby city constantly feed it. In return for this, the Fossili produces flowers that can be used for beekeepers, or perhaps grounding them up for dyes.

Interesting corpse-feeding trees! o,o I can already imagine rich evil folks executing people and killing animals to help feed a garden of them.

I really like how they absorb nutrients through the corpses of other plants and animals and how their sap can be used is really interesting. I especially like the part about dwarves and how it can visibly regrow parts that are torn off.