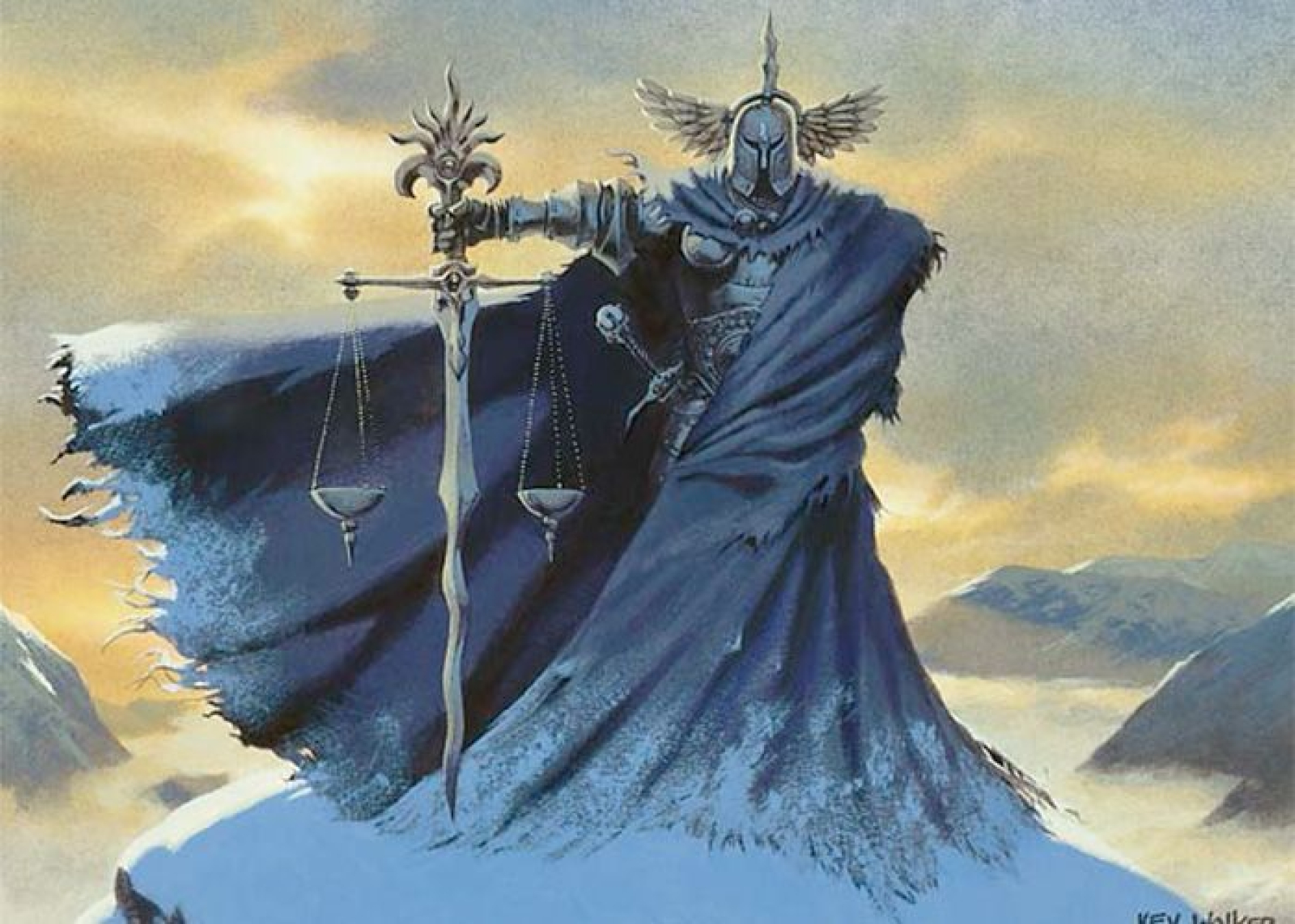 The Sword of Justice

Known as the Maimed God, Tyr is a blind and one-handed god of law and justice. Tyr lost his right hand to Kezef the Chaos Hound, and his eyes were put out by Lord Ao when he questioned Ao's decision that the gods would be punished and sent behind a Divine Gate, prevented from assuming godly form on the mortal planes. Ilmater, true to his ethos, worked to teach Tyr to live with these disabilities, though in truth they were not a great hindrance in view of his power as a greater god. Torm, being a god aware of his own past humanity, also aided Tyr by tempering the god's zeal for justice with the gift of mercy.

The symbol of Tyr is a balanced scales resting on a warhammer and his favored weapons as identifiers were the longsword or warhammer. As such many members of his become masters in wielding one or both of these.

Tyrrans saw the world in black-and-white morality and wanted Faerûn to be cleansed of its lawlessness and chaos. They were devoted to justice and the deliverance of vengeance, but not in the manner that sought equality. Rather, they believed in illuminating the truth behind corruption and punishment of the guilty.

Tyr is a god known for his missing hand and milk white, blind eyes.