Yip Relpert (also known as Relpee, born 1484 DR) is a kobold rogue employed by the Ardent. Although disliked by many, is a a very skilled kobold, albeit not the smartest. He currently adventures with Beta Team as part of the Ardent.

Relpee is much shorter than his peers in the Ardent, coming in at only 2'3''. He's very acrobatic and agile, and is very strong for his size

Yip Relpert was born in a small cave in the Sword Mountains, likely in 1484 DR. His tribe served a young red dragon named Xirdyg, who lorded over the kobolds as an absolute ruler. At a young age, Yip Relpert was dropped on his head several times, leading to development issues. Due to his underdeveloped intelligence, the other kobolds of his tribe routinely mocked and belittled Yip. This caused Yip to resent his tribe immensely, but he could never find a way to get back at them.   This changed in late 1492 DR, when the adventurer Sariel Liadon found her way into the tribe's cave. She was on a contract to eliminate Xirdyg, who had been terrorising local farms, burning crops, and stealing cattle. The half-elf snuck through the cave system, eventually facing the red dragon. She slew him, and ended up destroying the entire kobold tribe in the process, all of whom were either killed or fled. Yip, however, surrendered to her. He convinced her to take him in as a student, as he wanted to become an adventurer like her.   Sariel brought Yip back to her friend Aial Vock Tal, who was constructing Ardent Keep. Aial agreed to make Yip part of his newly formed Ardent, and train the kobold to become a rogue.

Whilst spending time in his travels and adventures with the physician Kovos Varuxath, a number of psychoanalytics tests have been undertaken on Yip. These tests show that Yip has blocked off certain parts of his memory in direct reaction to previous tramua in his life. This creating forgetfullness and a child like behaviour from the the kobold. After contacting other physicians Kovos has detirmined that further mental trauma could cause Yip to undergo severe episodes, and possibly forget everything he has ever known.

Relpee's motivation is very simple - he does what he wants in order to have fun.

Relpee has all the hallmarks of a thief - he's skill in stealth and acrobatics, and he is a crack shot with a bow. However, he relies heavily on other people to come up with plans, as he finds thinking difficult. He is also inept when it comes to any sort of talking.

Relpee is a simple kobold, with simple likes. He enjoys having fun, and he enjoys collecting shiny objects, such as gold and precious gems. His dislikes are equally simple - bullies, and being made to learn things.

Relpee is very brave, never backing down from a fight, no matter the odds. He's also loyal to who he considers his family, unlike the kobold clan that bullied him.

Due to a lack of any kind of education, Relpee has issues grasping even basic concepts such as spelling and addition. The kobold is also completely addicted to collecting shiny objects, much like the dragon he once served. In addition, he finds it extremely difficult to pay attention to something he doesn't want to.

Beta Team is Relpee's family. He completely trusts of them with his life, and greatly looks up to them, even if they don't return the opinion. Relpee also trains with Aial Vock Tal and Sariel Liadon.

Relpee's clan in the Sword Mountains despised him, taking every opportunity they could to upset and belittle him. When they were wiped out by the adventurer Sariel Liadon after raids on nearby settlements, Relpee found no pity for them.

Although Relpee formerly attended and was forced to worship a dragon, he now follows the teachings of Chauntea.

Relpee has virtually no social aptitude whatsoever. Although attempts have been made to teach him, he is barely capable of holding a conversation for more than one minute. Despite this, he is very extroverted, and loves trying to talk with people. He is also very overconfident in his own abilities.

Those around Relpee will hear him before they see him, as he is always speaking in a raised voice or shouting. Others find him obnoxious and annoying, and he has a tendency to be completely unaware of all social norms.

Relpee's wealth rivals that of some dragons, with over four thousand gold pieces available to him. He keeps most at Ardent Keep, some in various pouches, and occasionally eats a few. 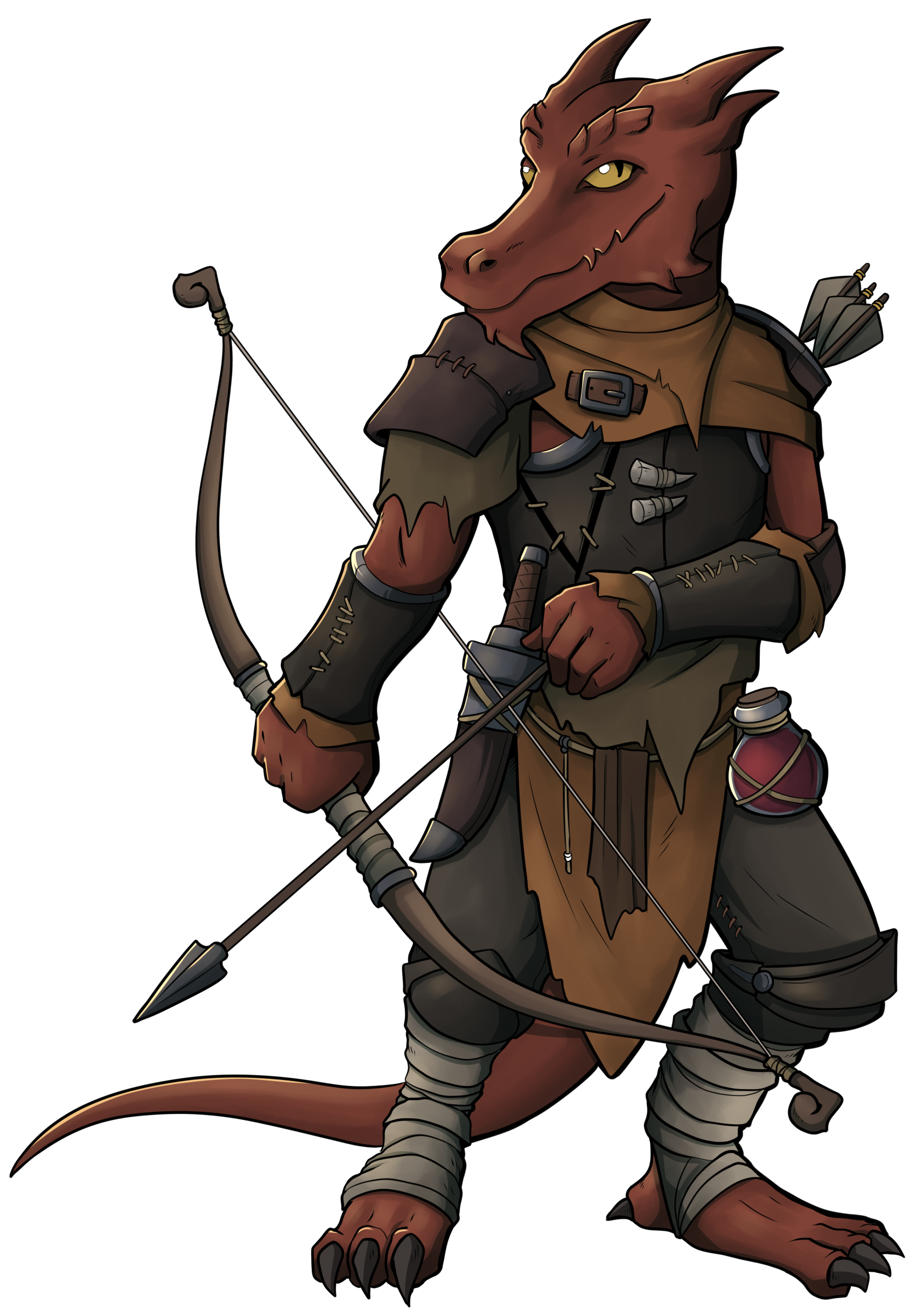