Faerûn    People      Perren Mellerelel
Perren Mellerelel is a male wood elf ranger. The oldest of six siblings, he is an elite High Forest scout in the employ of the Caerilcarn. He is known to be a brash, but friendly person, and is highly confident in his abilities. Although he has experienced the drawing of the veil and is a fully adult elf, he is still considered young by many other wood elves for his position and skill.

Growing up, Valna was inspired by her brother Perren's abilities as a ranger to become one herself. He helped train her over the decades whenever he was able to return home from patrols. Although Valna's path as a ranger differs from Perren's, her fighting style is still somewhat similar - preferring archery while mixing in blades and some amounts of magic. Whenever Valna returns home to the High Forest, she is always sure to say hello to her eldest brother. 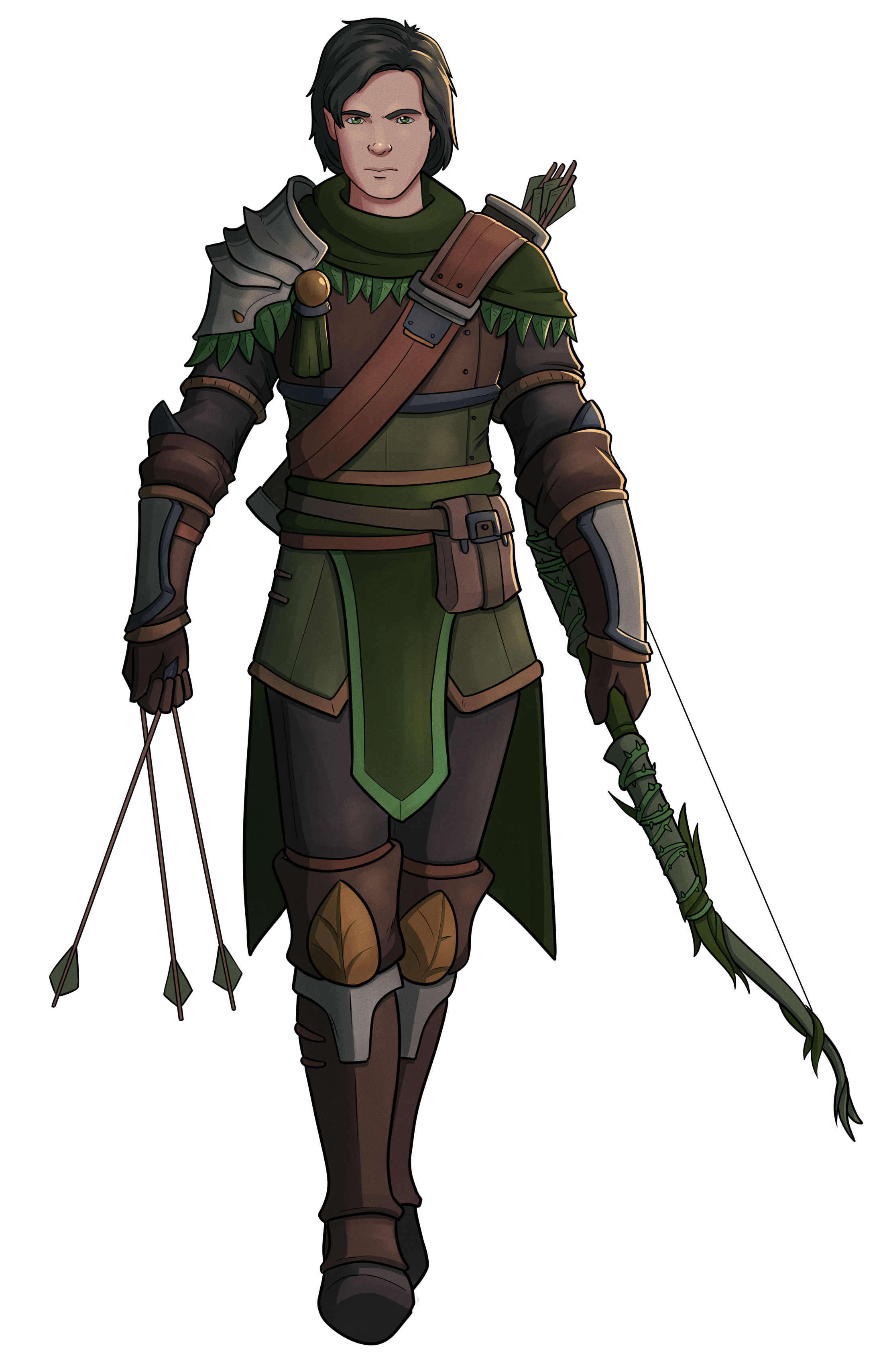