Faerûn    People    People - Feywild      Ander Liadon
Ander Liadon (born Ander Stormwind, 25 Mirtul 1433) is a male human and member of the fey Summer Court. He is married to Elama Liadon and the biological father of Sariel Liadon. Formerly an adventurer with a band that operated in the Sword Coast North, he has since become an agent in service of Queen Titania of the Summer Court.

Ander was born in the city of Luskan in 1433 DR. The city of Luskan at this time was essentially in ruin, with various gangs running the shell of the once-proud city. Life was difficult growing up, and his father was killed by muggers in 1443 DR. Two years later, he and the surviving members of his family moved to Neverwinter, where Ander worked as an apprentice to a blacksmith. During his downtime, he often practiced with the swords he would forge, much to the chagrin of his master. He also became proficient at navigating the city using the sun, stars, moon, and tracks.   At age seventeen, Ander joined up with an adventuring band, thinking he would be able to get rich quick. However, later that same year, Mount Hotenow erupted and destroyed most of Neverwinter. His family managed to escape the destruction. He and his adventuring band quickly became guards, escorting Neverwintan refugees south to Waterdeep or Baldur's Gate. Ander spent a considerable amount of time in Baldur's Gate helping refugees settle, including his family, before returning to the North to find treasure and glory.   In the following years, he became a mildly successful adventurer in the North, and an experienced ranger. He and his band aided Lord Dagult Neverember's New Neverwinter initiative during their adventures. In 1468 DR, he and his band were exploring ruins near the Lost Peaks in the High Forest, when they were ambushed by a green dragon. Ander was heavily wounded in the attack, crawling under a fallen tree to escape the clouds of poison. Unbeknownst to him, he had crawled through a fey passage into the Feywild. He fell unconscious once inside, but was discovered and healed by the eladrin Elama Liadon, a knight of Queen Titania.   Ander's entire adventuring party had been killed, and he was severely wounded. Elama spent the better part of a year nursing Ander back to health, and the two fell in love. In early 1470 DR, the two were married at a ceremony in Senaliesse. Later that year, Elama gave birth to a half-elf daughter, who they named Sariel. Fearing for the safety of their daughter in the vicious politics of the fey courts, they anonymously deposited her with a trusted orphanage in Baldur's Gate, assuming she would have a comfortable life there. They did not, however, predict that the orphanage would be destroyed and their daughter forced onto the streets at a young age.   After marrying Elama, Ander adopted her surname of Liadon, viewing the line of knights as much more prestigious than his own surname. He eventually received an honourary title from Queen Titania, and currently serves her as an agent, alongside his wife. Ander and Elama met Sariel for the first time in two decades in late 1492 DR, as the half-elf had made her way into the Feywild to uncover the secrets behind a mysterious dagger she had come across.

Until her early twenties, Sariel had no idea who her father was. Eventually she bumbled her way into the Feywild and to Senaliesse. After giving her name to a guard, she was quickly summoned to her parents' residence, where she had a tearful reunion.

When she visits Senaliesse, Sariel most commonly visits her mother. She occasionally visits her father, but the two are somewhat more distant. Still, the two have a very strong bond. Sariel occasionally surprises her father with her archery skills, but he's still better at it than her. 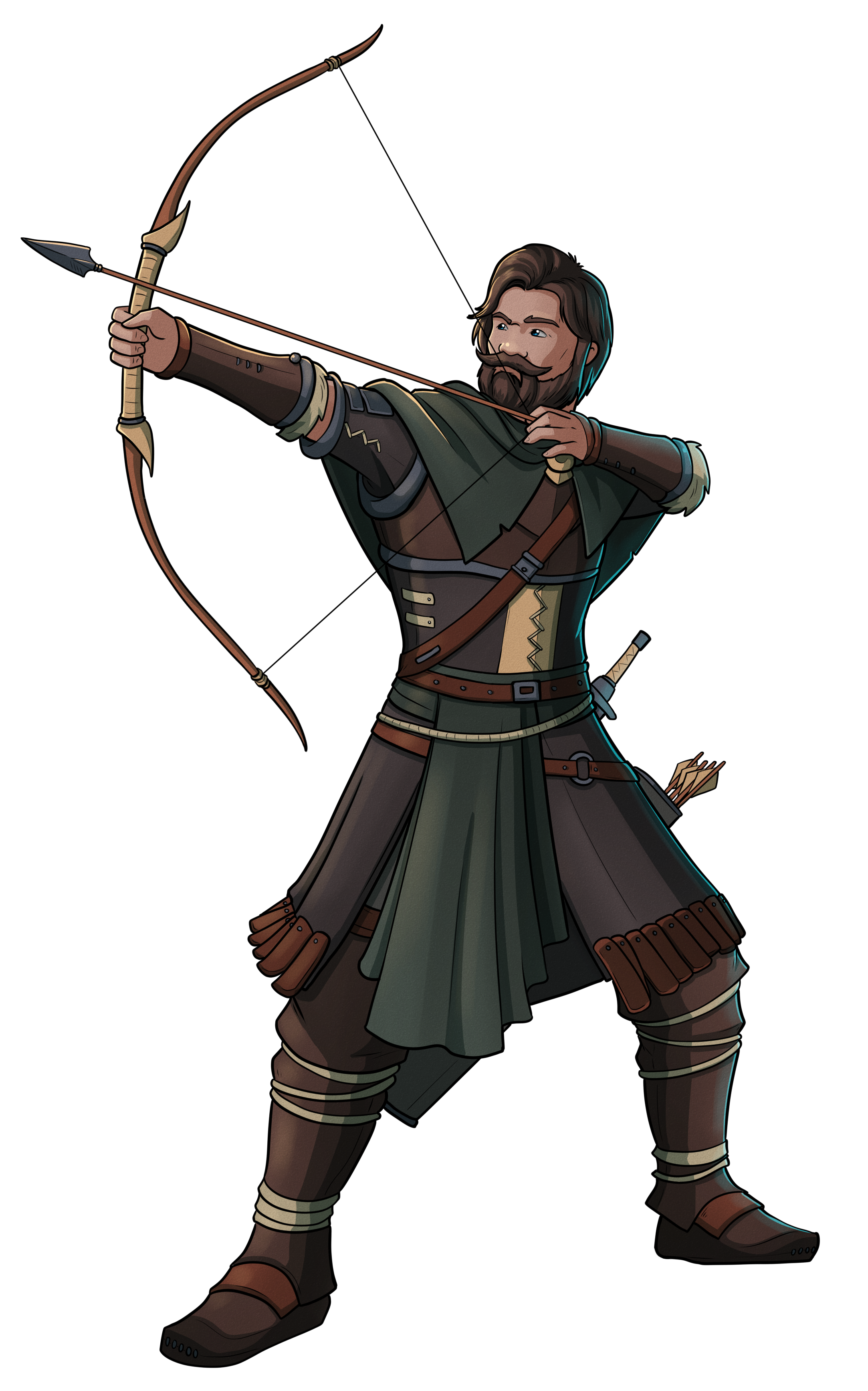