"Aial? Yes, I remember him like it was yesterday. He was always getting into all sorts of trouble. It's nice to see he's become the cleric I always knew he could be."
— Evendur Chorster

Aial Vock Tal (born 5 Mirtul 1484) is a male aarakocra adventurer, and Lord Ardentor of the Ardent. From humble beginnings begging on the streets of Baldur's Gate, he eventually became a fully-fledged cleric of Chauntea in the walled abbey of Goldenfields. Aial later went on to found the Ardent mercenary company in the Ardeep Forest.

As an adventurer, Aial stays healthy and fairly strong, despite his smaller size. His aarakocran physiology gives him lighter bones, as well as more agility and flexibility. He also has a set of large wings, giving him the ability to fly at will for long periods.

As an aarakocra, Aial can clearly be picked out in a crowd due to his orange beak, large wings, black feathers, and bird-like feet. His appearance strongly resembles that of a toucan, unlike most other aarakocra.

Aial's main weapon in combat is his Frost Brand, a powerful rapier imbued with cold magic. Other special equipment he carries includes Glamoured Studded Leather Armour that can magically change its appearance, a Ring of Telekinesis that can move objects at a distance, and a Belt of Dwarvenkind that improves Aial's constitution.

There are no records of Aial's birth or parents, but it is likely he was born in Baldur's Gate, where he spent his earliest years. Growing up on the streets of the Lower City, he often experienced poor conditions and violence. One day, he was stabbed by a mugger and left to bleed out on the street, but was rescued by a passing cleric of Chauntea. During the aarakocra's recovery, the cleric introduced himself as Harvestmaster Evendur Chorster of the faith of Chauntea, the goddess of agriculture. After recovering, he agreed to return with the cleric to a temple of Chauntea, where he could become a cleric of the goddess.   Aial soon began his training as a cleric of Chauntea, displaying a strong aptitude with divine magic. He rarely left the temple, preferring instead to spend his time reading through dusty tomes and texts in its library. After four years of training, he embarked on a pilgrimage to Unicorn Run. However, upon his return, he found the temple and its fields in flames. Aial managed to rescue Harvestmaster Evender from the fire, along with a few of the most important texts of Chauntea. With their temple burned to the ground, the clergy opted to join Goldenfields, a spectacularly large walled abbey dedicated to Chauntea.   Aial continued his training in religious matters for several years, eventually venturing out of the abbey to the nearby city of Waterdeep. It was on his first visit there that he encountered Sariel Liadon, and the two very quickly became friends. After some adventuring together, they joined up with Baron Wislaw Jansobski of Nightstone to investigate attacks by giants around the region. They eventually discovered a conspiracy to spark a war between giants and the small folk, and with the assistance of the Storm King Hekaton put an end to the conspiracy.   Following the trio's adventure, they cleared Harpshield Castle of the dragon and its minions that had occupied it. Baron Jansobski aided in refurbishing and repairing the fortification, which Aial took control of and named Ardent Keep. Simultaneously, he founded the Ardent, a mercenary group dedicated to helping people in need.

Aial was educated in both Evendur Chorster's monastery, and later on, the walled abbey of Goldenfields. At both places he learned multiple languages, including celestial and elvish. He also learned a great deal about the gods of Toril, as well as medicinal matters, spellcasting, and horse riding.   Although he learned basic combat skills in Goldenfields, he perfected them travelling across the Sword Coast with his adventuring companions - both martial and magic.

Due to his formative years being spent on the streets of Baldur's Gate, Aial has developed commitment issues. He finds himself unable to form long-lasting, committed attachments with other people, preferring to keep even close friends at somewhat of a distance.

Aial aspires to be more like Chauntea by helping people however he can. He also strives to help the downtrodden through social justice, though not necessarily at the expense of laws and norms.

Aial's greatest strength is his ability to read people "like a book". He also has a strong talent in non-magical medical matters, such as healing and disease control. In addition, Aial displays considerable magical aptitude, able to cast spells up to 8th level, and his spells are difficult to resist. Even among aarakocra, Aial is very good at flying and aerial mobility, which he uses to great advantage in combat.   Aial sometimes finds it difficult when it comes to social matters outside of simple persuasion, such as intimidation or deception. He finds it almost impossible to lie, constantly spotting errors in his own deceptions and attempting to fix them as he says them. Aial also has difficulty intimidating people, as he doesn't particularly like being rude or hostile if he can help it.

Aial is dutiful, always completing a task to perfection. He's devoted to both his goddess and the people around him. He is caring of all things, be they plants, animals, or people.

Aial's biggest weakness is his inability to form long-term commitments with other people. Even when he fully trusts and understands them, he finds it incredibly difficult to commit to relationships with people. Another weakness he has is he'll often become far too engrossed in his work, to the detriment of the people around him.

Aial maintains contact with the priests of Goldenfields, especially Harvestmaster Evendur Chorster, who he studied under for several years. He has used his connections with the walled abbey to provide food to Ardent Keep and its surrounding regions. His first love was Mira Stagarm, who he continues to maintain contact with. One of the first people he met outside of Goldenfields was the half-elf Sariel Liadon, who he spent a year adventuring with. She is now the spymaster for the Ardent. Aial also adventured with Wislaw Jansobski, baron of the nearby town of Nightstone. In mid 1493, Aial went on a quest to locate and retrieve a Holy Avenger for his former home of Goldenfields, meeting several people along the way: these are Limlas Mystralath, Traven Pegason, and (begrudgingly) Mardiana Arroway.

Aial follows the standard practices of Chauntean religious thought, as he was brought up by her priests. However, he deviates from many other priests in that he wears more impressive attire than simple brown robes.

Aial displays an extremely insightful understanding of other people, able to immediately determine much about someone upon meeting them. He's able to pick out very small details about people that almost anyone else would miss. Despite this, however, he is fairly introverted. While he doesn't try to avoid conversation, he doesn't seek it out either. When it comes to friends and people he knows, he's more open to conversations. Aial is polite and humble, displaying humility to everyone he speaks to.

Naturally insightful, Aial tries his best to keep situations calm and diplomatic. He's well-spoken, albeit not particularly charismatic. Aial is also a perfectionist, refusing to accept anything but the best. In addition, Aial is almost perpetually optimistic about everything at all times.

Aial's two favourite hobbies are horse riding and horticulture. He maintains a small garden in Ardent Keep filled with a variety of plants. He also owns a horse, named Gambit.

Aial and Sariel met in 1491 in the city of Waterdeep. It was Aial's first major trip to the city by himself, and he accidentally ran into the half-elf, knocking her over. After helping her pick up her dropped items, the two later bonded over drinks in a nearby tavern and decided to stick with each other for a while. They took on some minor jobs and bounties around Waterdeep, but eventually a notice led them to the small town of Nightstone a few days away. It was there that the two met Baron Wislaw Jansobski, and the trio embarked on a quest to save the Sword Coast from the giants. After months of travel and adventure, the land was saved and the king of the storm giants rescued. Sariel and Aial continued to adventure together, and used their newfound wealth to create the Ardent. Currently, Aial is the Lord Ardentor - the leader of the Ardent - while Sariel is his spymaster and confidant.

While Sariel often calls Aial "Feathers", referring to his being an aarakocra, Aial always uses her name instead of a nickname. In private though, Aial refers to her as "Little Wing".

Sariel and Aial have been friends essentially from the moment they met. Their relationship only grew over the several months travelling together, preferring each others' company to that of the noble Wislaw. Since the end of their big adventure, they have continued to spend time together as leaders of the Ardent.

Adventuring is the strongest common bond that unites Sariel and Aial. Aside from that, a shared interest the two have is that of magical arts and spellcasting. Aial often spends time attempting to teach Sariel how to use her magic, as her aptitiude is fairly limited compared to his.

Rhogar began working for Aial in late 1492 DR. They treated each other with a mutual understanding and respect, however not anything more than that. Aial sees Rhogar as a reckless leader, who still gets the job done and Rhogar sees Aial as a means to greatness.

As the Lord Ardentor of the Ardent, Aial has access to significant resources. He owns Ardent Keep, and has over twenty thousand gold in various banks across the Sword Coast. This is thanks to his efforts in defeating the ancient blue dragon Iymrith and raiding her hoard. He also possesses multiple valuable magic items, such as a Flame Tongue longsword and a Frost Brand rapier.

"I seek to prove myself worthy of Chauntea's favour through my deeds."

"I owe my life to the priest who took me in as an orphan."

"Once I pick a goal, I become obsessed with it to the detriment of everything else in my life."

Frost Brand. Melee Weapon Attack: +7 to hit, reach 5 ft., one target. Hit: 8 (1d8 + 3) piercing and 5 (1d8) cold damage.
Light Crossbow. Ranged Weapon Attack: +7 to hit, range 80/320 ft., one target. Hit: 8 (1d8+3) piercing damage.
Preserve Life (2/day). Aial presents his holy symbol and evokes healing energy that can restore 80 hit points. Aial chooses any creatures within 30 feet of him, and divides those hit points among them. This action can restore a creature to no more than half of its hit point maximum. Aial can’t use this action on an undead or a construct.

Shield Bash. If Aial takes the Attack action on his turn, he can use a bonus action to try to shove a creature within 5 feet of him with his shield.

Shield Master. If Aial is subjected to an effect that allows him to make a Dexterity saving throw to take only half damage, he can use his reaction to take no damage if he succeeds on the saving throw, interposing his shield between himself and the source of the effect. 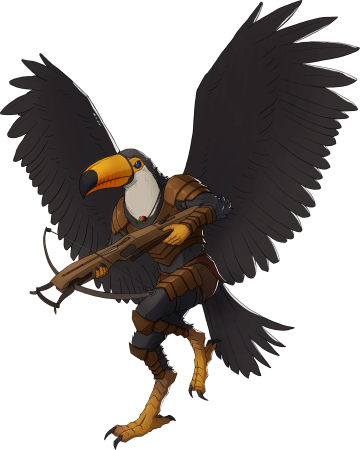