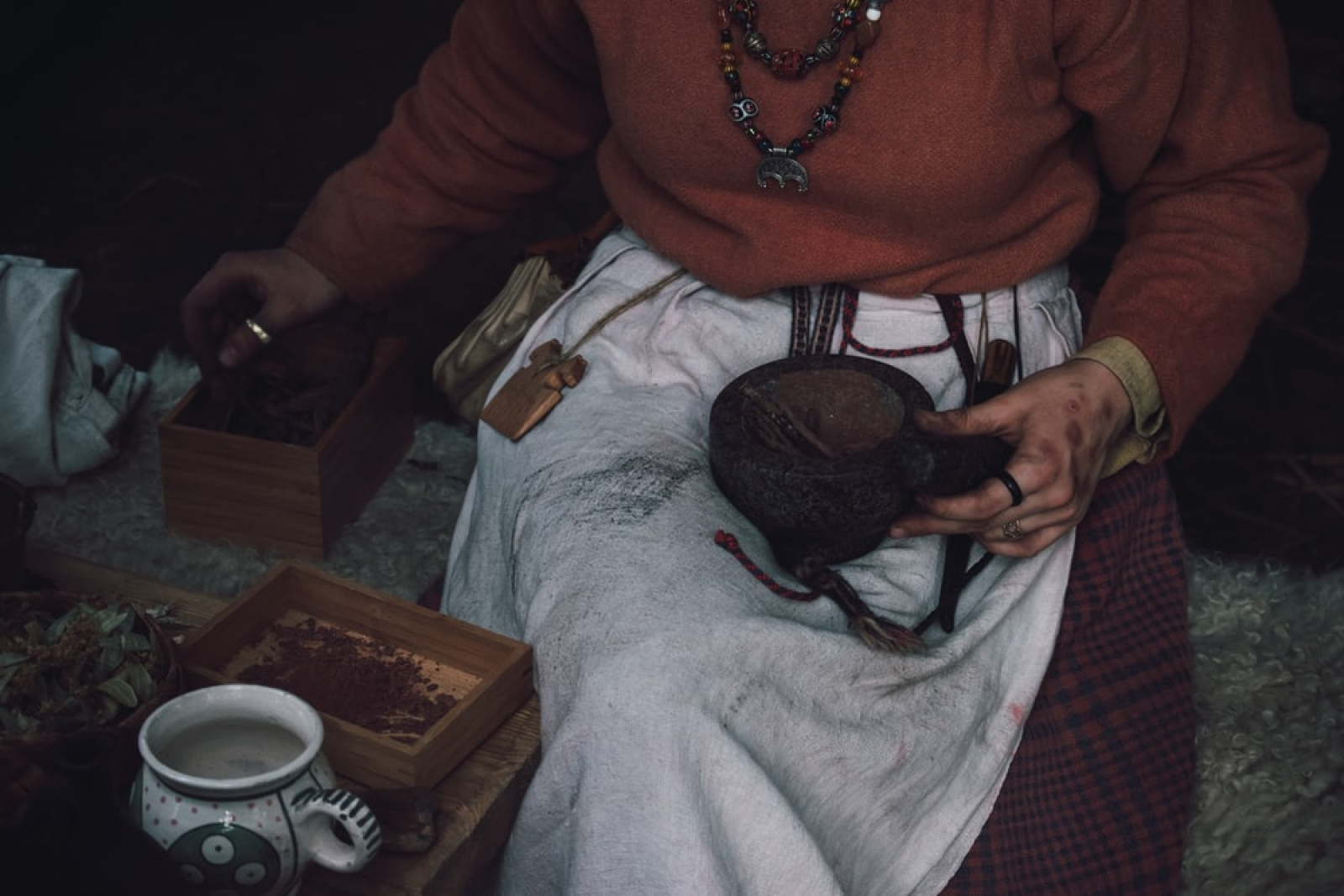 The art of changes

Arcana Mutatio, or Alchemy, is one of the few ritualistic genres of magic, consisting entirely of rituals. It is a universal genre, meaning it requires little to no Arcane knowledge to practice it apart from the knowledge of the genre itself. It requires no meditation nor does it require Attunement. Alchemy is the study of metaphysical subjects in a physical environment. It primarily focuses on the manipulation of these metaphysical subjects to alter their physical manifestation. In other words, It is the study of matter and all of the metaphysical qualities the matter can have.   Those who study Alchemy understand the basic qualities of matter. You can take something such as lead and tap into its metaphysical qualities to change it to gold. They can take ingredients and capitalize on their fundamental qualities, creating potions with very specific effects. They can analyze the structure of an object and change the object's form rather than its substance.   Alchemy is one of the oldest genres of magic there is. It has laid the groundwork for scientific pursuits across the world. Its ancient rules are consistently found to be true even after eons of testing, through careful study of the natural world, Alchemists always know what will happen if you combine certain ingredients together in specific ways. Alchemical recipes dating as far back as the beginning of civilization itself are still used to this day. Due to this complex history, the definition of alchemy has changed and broadened over the years. Regardless, it stands as one of the leading genres of study among all practitioners of the arcane.

The nature of matter

Alchemy is an intricate art, as well as a science. Calculations must be made with precision and every action must be made with full commitment. The most potent rituals of the genre can often lead to catastrophic results due to careless measurements and second-guessing. Matter is nothing more than the manifestation of metaphysical energy on the physical plane, and it is a fundamental fact that these energies are volatile. Sometimes even the simplest rituals have killed the practitioner trying to perform them simply because of minor, but substantial miscalculation.   Alchemists have taken to writing their recipes on tablets of metal and stone to ensure that time will be kind in preserving their findings. A slight mark of ink made in the wrong space when writing in the complex arcane dialects Alchemy is known for can confused those attempting to replicate the results. Alchemists often refuse to attempt rituals that have instructions laid out on parchment, even more so if they notice a blot of ink, faded words or careless scribbles. Alchemists take great pride in their work and often go to enormous trouble to ensure their work is flawless.


The many faces of alchemy

Alchemy comes in many forms and it is not uncommon for an Arcanist to know information regarding one or even all of these forms. As time went on, Alchemists often focused their studies in one of these specific fields. These Specialists were heavily sought after as Alchemy gain traction with those who lack arcane ability.

Mechanization is the field of alchemy that deals with the creation of complex objects that are inherently imbued with Arcane energy. A prime example of these magnificent devices is the God's eye, a receptacle of Arcane energy that can be tapped into by attuning to it. This device even employs elements of conservation, another field of alchemy. Mechanization should not be confused for enchantment. Mechanization does not rely on any Attunement or use of Arcane energy in the development of the device, instead, relying entirely on the innate qualities of the substances the device is made of. In the case of the God's eye, one can use the object unless they are capable of attuning and manipulating energy, but building the object requires nothing more than skill, precision, and time.

Appraisal is a field of alchemy that is most often associated with profit. The vast majority of Alchemists will always know a great deal about appraisal as it is one of the few ways they can guarantee income. The highest Noble to the lowest peasant all could find themselves in possession of an object with great value. It is an alchemist to determines that value in steaks their reputation on ]he authenticity of their findings. Appraisal is the study of material value and arguably led to the study of economics in general. An alchemist studies every possible variable when it comes to appraisal and utilizes a complex method of comparing and contrasting with other valuable materials and objects to do so.

Distillation, often called extraction, is the process of extracting alchemical properties from a substance and either condensing it into a usable form what combining it with other extracts and then condensing it into a usable form. Creating potions and poisons with unique qualities has been a staple of alchemy since its inception. Salves and poultices are also included. Some Alchemists have even created entirely new substances by utilizing this field.

Conservation is an alchemical field that focuses on increasing the efficiency of Arcane Talent. Conservation is the newest field and is the least developed as many are still studying how and why Arcane power costs the user so much. Conservation was created out of necessity to ensure that magic utilized in warfare can continue uninterrupted by fatigue. Conservation is about gathering the excess energy used in casting spells and recycling it, ensuring nothing goes to waste.

Alteration is the ritualistic process of changing the appearance and structure of an object by blending Arcana formulae into the genre. The process of alteration uses complex formula to elicit change. By placing an object in the area of effect, the object will be altered when the formula is charged in the same manner with which one would do so in the Arcane genre of enchantment. This is usually a job for an arcanist. The primary reason for this is because an Arcanist can charge the formula with ease. Those who do not possess such gifts must rely on relatively expensive tools to do so.

Transmutation and alteration are the same exact thing save for a single detail. In transmutation, the purpose is not to alter the structure and form of an object. Transmutation is more about changing the fundamental building blocks that make up a substance. Those who can turn lead to gold focus on transmutation, which is why most cultures try to avoid placing value on precious metals and relying on Vigor Economies and other forms of trade. It is heavily centered around mathematical calculation. One must know exactly how those building blocks need to fit back together once broken apart. 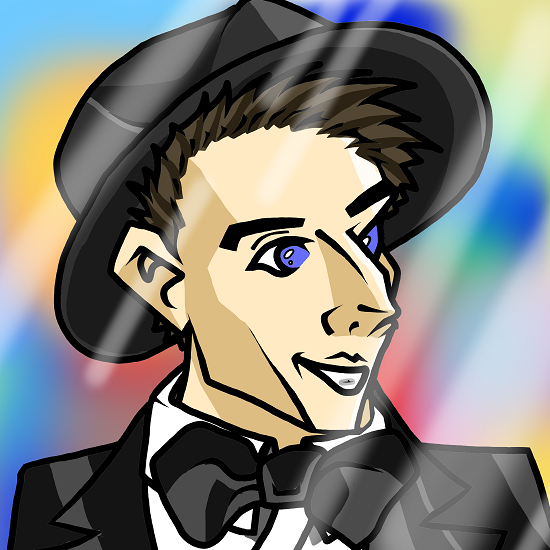 Hi! Really liked the article and the layout! Super creative fields of magic that you talked about here (not an alchemy guy, so I don't know if this your design or actual fields in other settings)!   I am curious, you mention "Alchemy" always capitalized, especially in the space where you say, "...when writing in the complex arcane dialects Alchemy is known for..." Does that imply Alchemy is an established language of sorts? Kind of like how wizards associate with glyphs that reflect the elements, schools of magic, etc?   Also, is it Mechanization or Mechanisation?

I can't spell. It's supposed to mechanization xD thanks for pointing that out. Also, YES Alchemy is a language in many ways. Arcane dialects are their own language. Thanks so much! I appreciate it!

Okay! changing gears. Been awhile since I saw an article from this world...   How 'disastrous' are we talking here? grenade in the face? Nuke? Global pandemic? How safe would it be if, say, you tried a scribbly, fiddly formula looking in from outside a sealed room? Would you need weapons trained on the experiment, just in case?   And, say someone did accidentally create a nuke; how difficult would it be to replicate it? I'm sure someone would try...   I love the idea of a Conservation-based alchemist whose only job in the party is to make sure everyone is topped off on magical energy, all the time. Maybe just throw in a few abilities where he can chuck vials of pure magical energy into the enemy where they shatter and cause all kinds of random disruptive effects.   I like the idea of the physical world simply being a manifestation of the metaphysical. I actually made a video about similar magical theory, and now I see ways to apply it basically everywhere. link if you're interested: https://www.youtube.com/watch?v=Moe_Ep20kT8   Oh, and the video is a Brony thing, so don't say I didn't warn you.   There are a few typos: When you say an alchemist 'steaks' their reputation it's supposed to be 'stakes'. also a couple more that I noticed while reading but can't seem to find again now...

Ooooo I'll take a look at that video. It sounds interesting. thanks for the comment as well. I will be sure to go through and define exactly what these mishaps tend to be. It really depends on what you're doing with the project you're working on. If you are doing something that Requires a lot of Energy, Ben explosive results can always occur but there are occasion's where like a mechanism could catastrophically fail and if it is animated then yes it could definitely attack the creator. Other problems include Sapping which basically means that you were essence of life starts being absorbed because of the lack of resources needed to successfully Cast the ritual, Think Full metal alchemist. This is exceedingly Rare and kind of requires now commits to be A very poor mathematician.   As far as a replicating The spell, alchymists would be far more comfortable figuring out how To replicate the spell on their own terms by re writing it orc recreating it themselves from scratch. It's not so much a matter of replication as it is an inspiration for their next project.       This brings up an interesting point that I didn't consider. Conservation would allow you to channel that energy that you are allowing individuals to be topped off With an affectively weaponize it. That sounds pretty cool lol