Our task is sacred and handed to us by Death herself. Betrayal of that trust is a shame worse than the punishment of the Fields.
~Lequorik, First Shield of the Knights
all images by Shanda Nelson unless otherwise stated

Knights of the Finders

The Knights of the Finders is a secret group within the larger Finder community. They believe that Erse Parr directed them to hunt down spirits who have broken Evenacht law in egregious ways and bring them to justice. To accomplish this, Lequorik gifts the most talented members with a title and Death's Hand, the mark that magically sunders spirit essences as punishment.   Only those within the group, and a select few of the Hallowed Collective, know of the Knights' existence. Lequorik cautions the members to remain silent; other organizations throughout the Evenacht who are also tasked with law enforcement, like the Shades of Darkness, will not understand or appreciate their use of Death's Hand, a mark supposedly only employed by Death and Darkness during the Judgement of Death. To avoid misunderstandings that might end up causing mistrust of Finders in general, no one involved with the Knights should speak of it, lest they be punished in kind.   Members, for the most part, keep the secret close, but they use a particular title for greeting one they know, or think might also be, a member of standing within the Knights. This is most important for fieldwork. Not only must the Knight keep common Finders from discovering that the organization exists, but their group also has hundreds of support personnel, called gallants, scattered across the Evenacht. Many of these gallants believe they work with Finders, not the Knights, and enlightening them is not an option.

Their introduction: "I am a Deathly Knight."   While this may seem quite the exposing remark, the title has an ancient history on Talis which traveled into the Evenacht with the deceased. 11,000 years previous, when the Beast first began to invade the lands of the living and take souls before their time, elfine leaders created the title for their strongest magic practitioners. These individuals had the responsibility of repelling the hordes the Beast sent.   Deathly was a play on deadly as well as death, something they believed the Beast would never understand because beasts did not have rational thought (the most prominent example of historical elfine snobbery). The Beast sent his native Evenacht followers (i.e. living beghestern) to Talis, they fell under the Deathly Knights' assaults, and they, as ghosts, traveled to their own deathlands (not back to the Evenacht). In this way, they thinned his support.   The Beast, intent on growing the spiritual masses to worship him in the Evenacht, and frustrated by the beghestern death toll, began to lead the excursions. During this time, he slaughtered Erse Parr's family, then returned to take the one who escaped him years later. She defeated him and sent him to the Final Death, donning the mantle of Death upon his demise.   The elfine leaders bragged about being the ones who paved the way for the newly crowned Erse Parr, and the Deathly Knights changed from protectors of Talis to supporters of a gentler Death, one intent on justice rather than slaughter. Many of the subsequent elfine Finders adopted the title with pride, but after the newness of Erse Parr's reign wore off, the use of it dwindled, until only elfine ghosts who were Deathly Knights while alive used the title, and even they gave it up when it no longer held the reverence they desired.   Common Finders who hear the phrase simply think it a throw-back to a more ancient time, and grumble about the snobbery of some ghosts. Knights know the title identifies another of their reverent order they can trust, even if they have to be a tad careful in using it around ancient elfine spirits.

Knights of the Finders Badge 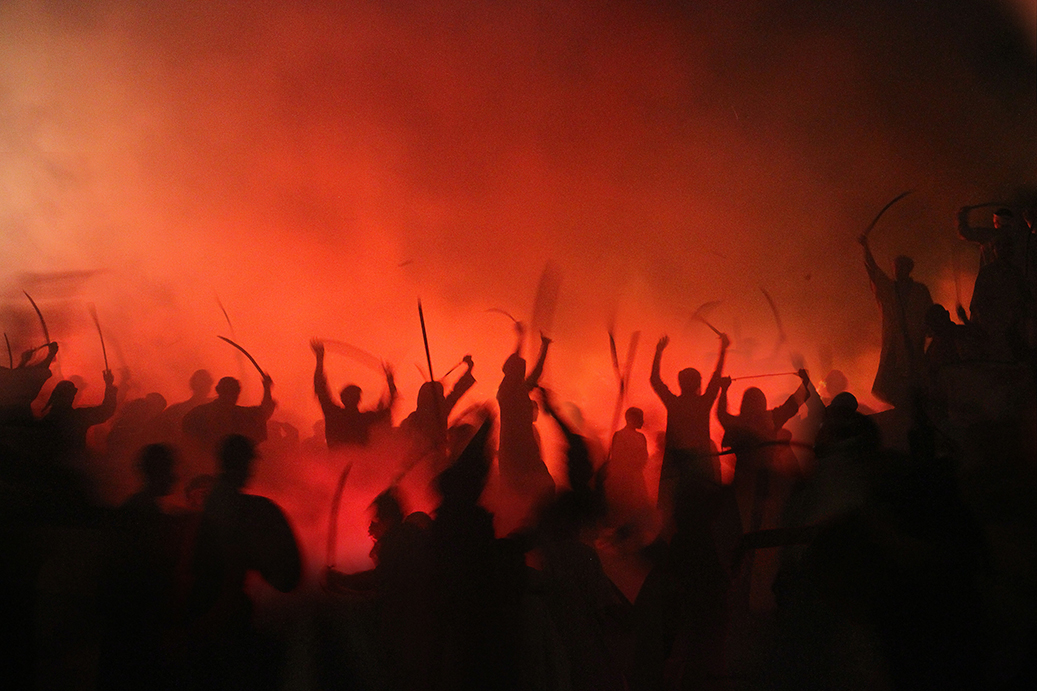 Hasan Almasi from Unsplash
Fight against the Beast
Hallowed Collective

Answering: "a title that commands respect from those in the know"
Visit Kwyn Marie's Competition Page Check all other answers to this prompt Competition Homepage