Woe is he who traverseth the Abyss, for he shall never return to the same land he left from.

The Abyss, a chaotic evil universe unto itself with uncountable layers of infinite variety, was the birth place and home of the Demons. The Abyss's actual location varies constantly, but the nature of the plane remained fairly constant: a violent, malevolent place where the strong survived on the backs of the weak, the weak conspired to overthrow the strong, alliances only lasted while convenient, and the landscape itself tortured the mind and body of all who dared to pass.

The Abyss is infinitely layered. In some way, the layers connect to one another. The river Styx is the most common connector, as it runs throughout every lair, but in order to traverse it one must find and pay the ferryman. Other layers have giant holes drilled into them, leading directly into another layer. Others simply have tunnels or portals leading to and from other layers. Entry to the Abyss includes, but is not limited to, plane walking and traveling through a portal. The only maintained portal in Riernya is located in Thendor. Stepping into the portal takes one to a random layer of the Abyss, but travelers beware, it is a one way journey.

Demons are the most widespread race of fiends. They are almost always evil by nature, and are native to the Abyss. Demons have no true rulers, though powerful demon lords and deities are able to gain enough power and influence to gain control over sizeable armies of demonic creatures. They are also the sworn enemies of the devils, though their ageless Blood War has slowed significantly.

The Abyss is home to every sort of demon. Below are some of the more commonly known varieties.

Souls of truly evil creatures that descend to the Lower Planes of the Abyss become Manes, the lowest form of demon kind. These fiends attack anything that is non demonlike. Upon death, they reform deep in the Abyss. 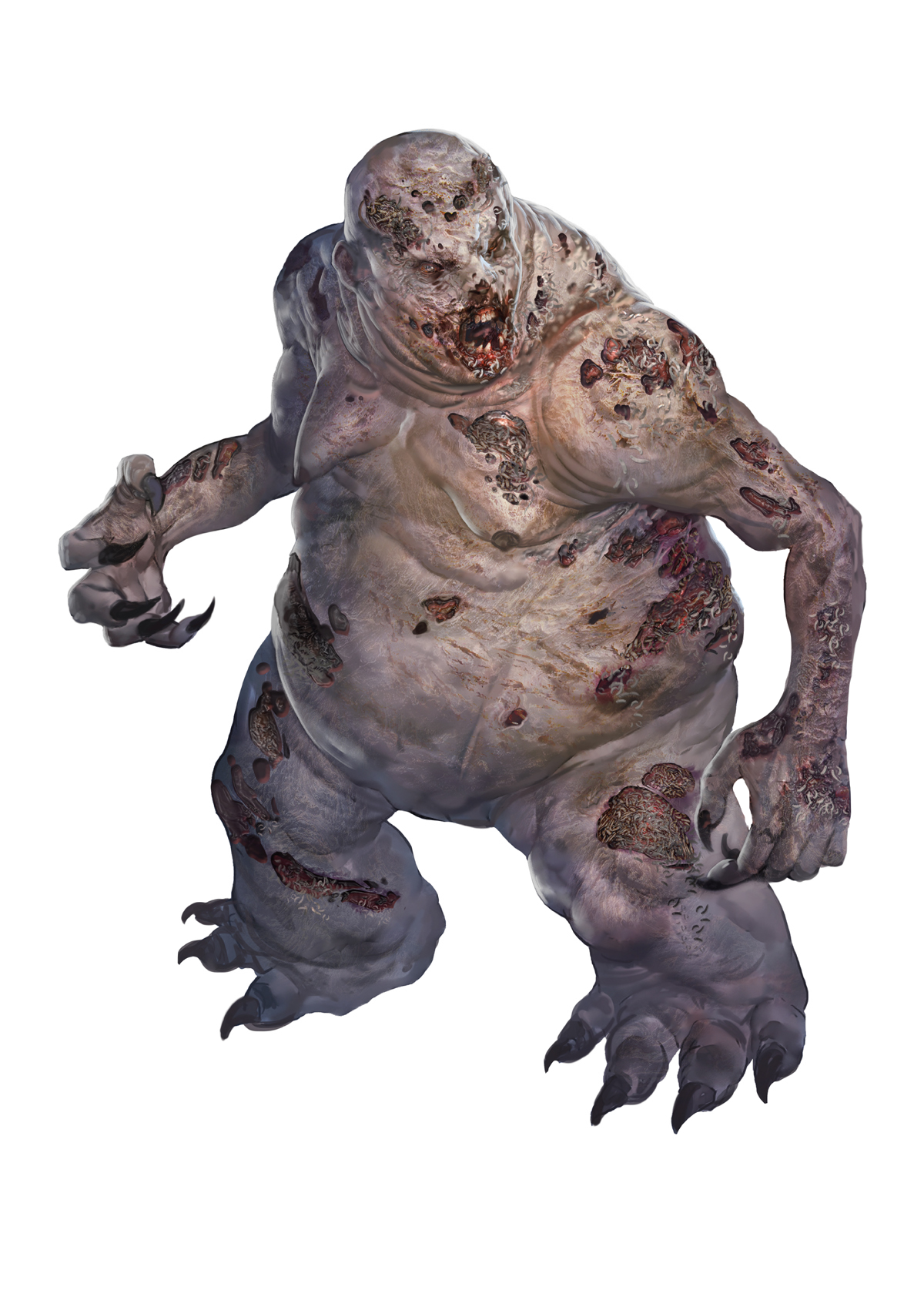 Dretches are among the weakest of demons. They're repulsive, self loathing creatures doomed to spend an eternity in a state of discontent. They're only useful for the most menial of tasks, due to their unintelligent nature. In Thendor, Barlguras hunt with Dretches. 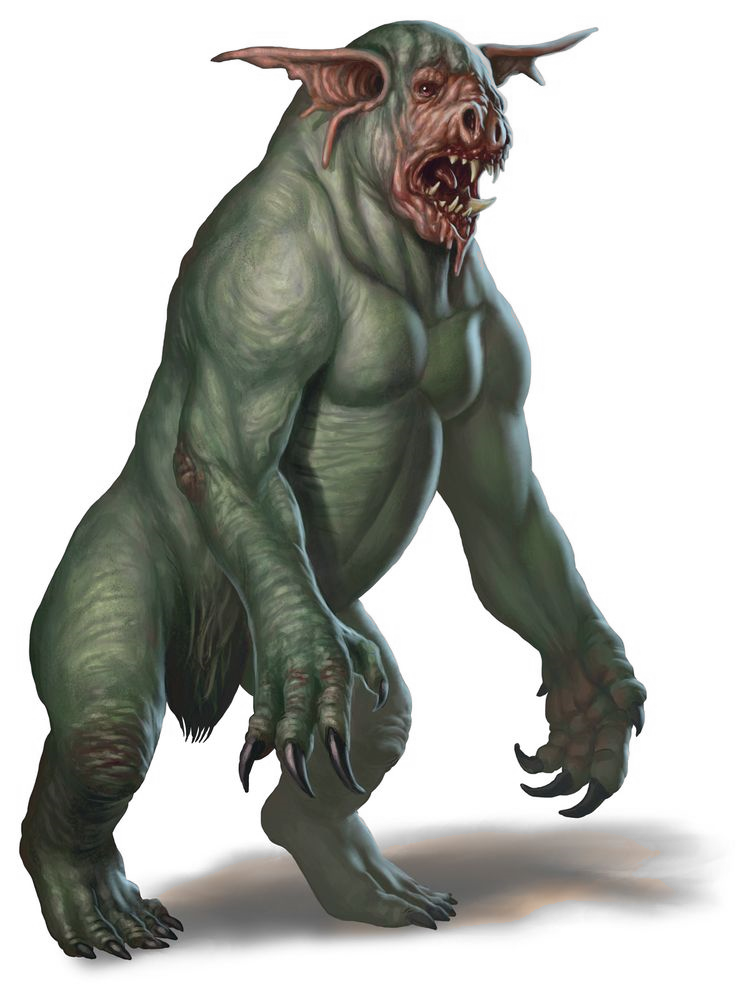 Barlguras represent the savagery and brutality of the Abyss. They often travel in packs, that way they may take down tougher foes. In Thendor, they're often used to track down those who attempt to flee. 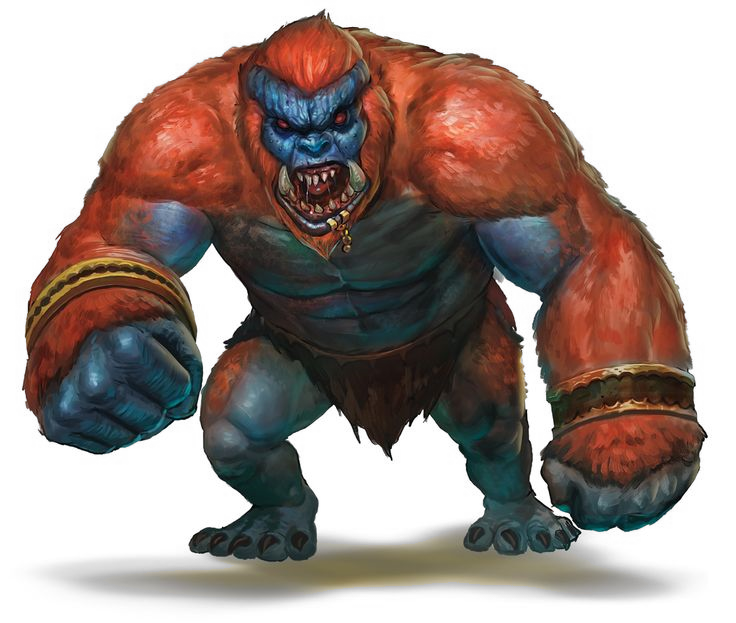 A glabrezu's broad, muscular body was as large as a giant. It had two pairs of arms: the small set was humanoid ending in hands, while the other set was monstrous and ended in a pair of crab-like pincers. Its canine head was horned and it had a muzzle full of sharp teeth. Its skin was in the range of deep russet to pitch black. Its intelligent eyes were violet. A glabrezu stood 9 to 15 feet tall and weighed 5,500 pounds. These monstrosities were the equivalent of captains and higher ranking soldiers in the demon army. 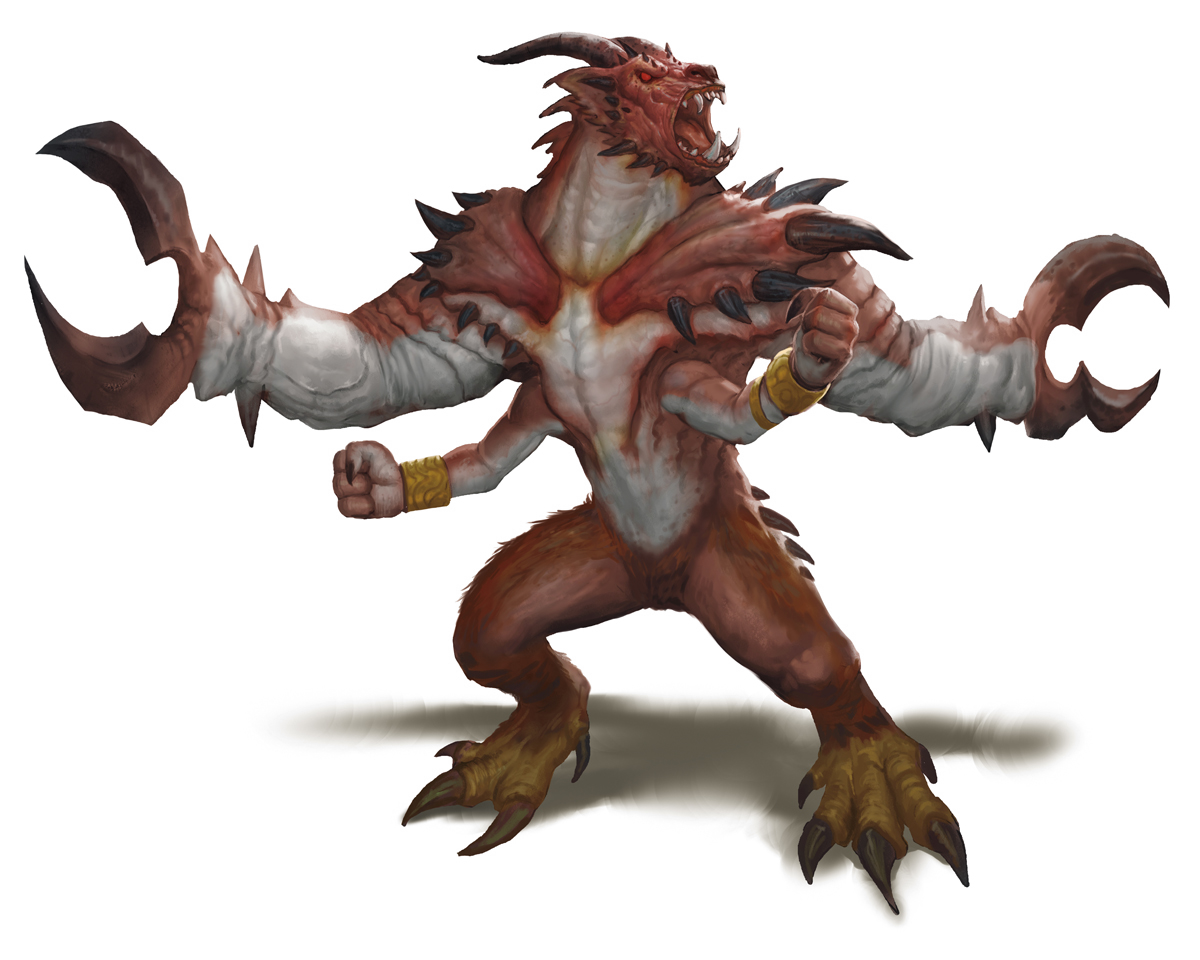 Balors are the most powerful type of demon aside from the demon lords themselves. They are found serving as generals of the highest rank to these demon lords, and some even claim to be princelings or minor lords themselves. There are very few Balors in comparison to the other demon types, but these are the most fearsome. In one hand they wield a fiery whip, and in the other a sword imbued with lightning. Wherever they go, destruction is sure to follow. 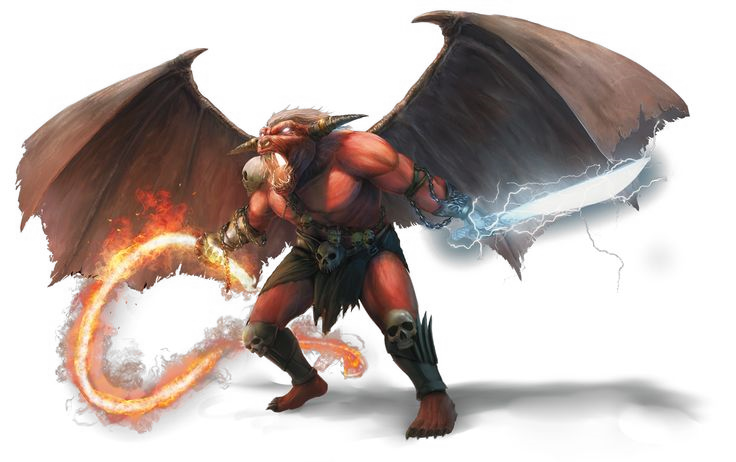