Played and written by Ridr

Ragnis has kept in great physical shape throughout his entire life, beginning as a child adventuring through the forests and mountains near Ashborne.
His great physical shape shows in his hardy constitution and great physical strength, with his impressively muscular frame working to intimidate and back up any of his threats (or acts) of violence.
He fights barehanded the overwhelming majority of the time, with his incredible strength and unarmed skill allowing him to go toe-to-toe with just about any armed or armored warrior out there.
He only resorts to using his crossbow or the fire magics inherent to him when absolutely necessary.

His fiery hair is almost constantly ablaze, though he dim or light it at will. When not on fire, his hair is a very dark ash-blonde color, and his eyes fade in intensity a bit. Anything that passes through or touches his hair is unaffected by its seemingly searing heat.

Is most often recognized by his firey hair, beard, strange hat, glasses, and/or his way of speaking. 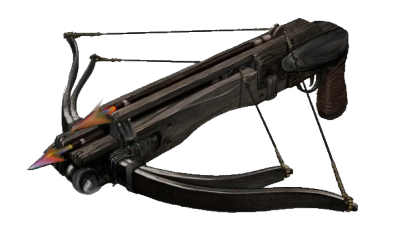 Helped his father, an ex-monster tracker, on several jobs while growing up. Worked as a carpenter and performed various odd jobs, including monster extermination, as a young man in Ashborne. Enlisted in the Ezreich guard around the age of 20. Was personally picked for the Inquisitors of Ezreich and quickly became the Shire Reeve of Ezreich after the Great War.

Won 1st Place several times in the bi-annual Contest of Might in Knayville.

Ragnis is a man who has endured a lot of hardship over the years. He has little patience for bullshit and just wants to cut straight to the point. While he can often appear abrasive and intimidating, he is a person who cares greatly about the lives of the weak and innocent. He loathes cowardice and respects bravery, but he does understand the difference between bravery and foolishness. Despite this, he himself is often reckless, frequently rushing headlong into battle to protect those he cares for.
Ultimately, he just wishes to see the world at peace. He wants to be free of his obligations (or his perceived ones) and would like to be able to relax for once.

Despite his years of combat experience, he has no formal training with most martial weapons, blatantly refusing to use most for more than a few moments at a time. Has little experience with magic outside of the fire magic inherent to him as a fire genasi.

Not fond of most weapons, seeing them as unreliable in comparison to his fists. Has a strangely specific hatred of gluttons.

His skin and muscles that are hard as steel and his will that is just as tough, if not tougher. He is surprisingly big hearted towards the innocent and weak. Will refrain from killing unless it is entirely necessary.

Very quick to try and resolve conflicts with his fists. His words and attitude tend to paint him as a rude, abrasive figure to many.

The Anflame and Rane families have remained close ever since Ragnis the first and Azuris the first, whom were great friends. The Anflame family is comprised mostly of humans, while the Rane family is comprised of a mix of elves, half-elves and humans, but the descendants of Ragnis and Azuris still occasionally show some of the same traits that genasi do.
A genasi birth within each family is rare but can usually be predicted, with each successive child born within their families showing more and more genasi-like traits, until eventually another genasi is born.
Sheriff Ragnis Anflame was one such birth. His family predicted that he would be born as a genasi due to his father showing many genasi-like traits, such as his eyes that were said to glow brightly, or his skin that was nearly burning hot. Ragnis was named such out of respect for their great ancestor, whose influence among their family could still be felt.
Shortly after the Anflame child's birth, the Rane family had an unexpected birth. This child himself showed many water genasi-like traits, though he was indeed an elf and not a full fledged genasi. The Rane family followed suit with the Anflame family, and as such named this child Azuris.
These children became fast friends as they grew up, and have been said to have brought honor to their and their ancestor's names.

Very confident in his words and actions. Not one to hold himself back normally, so he tends to make quick enemies with those who cannot handle criticism or harsh language.

Speaks loudly and harshly with a deep, rough sounding voice.
Tends to cut many words short. (ex. "'round" instead of "around")

Grew up together in Ashborne. 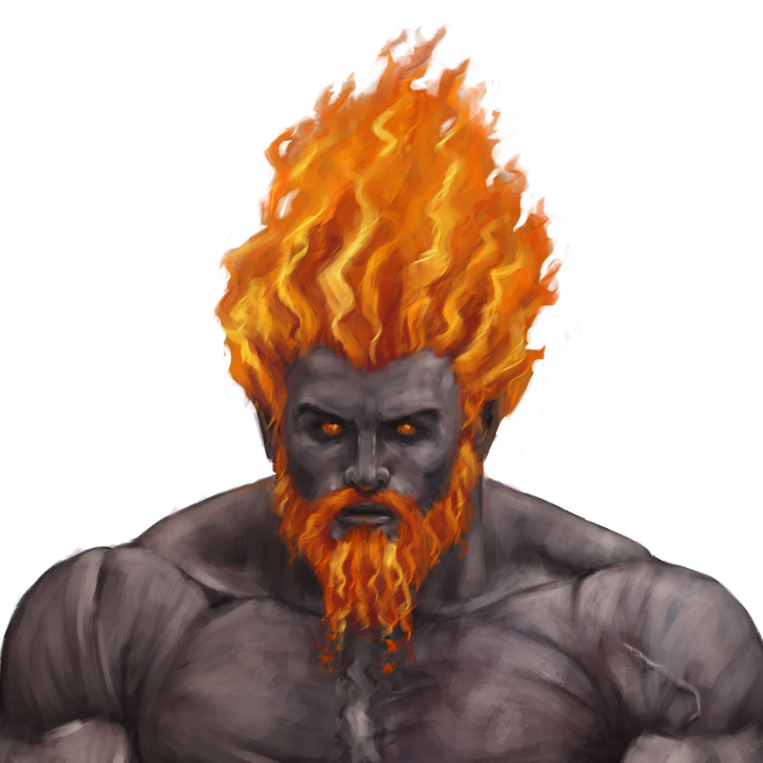 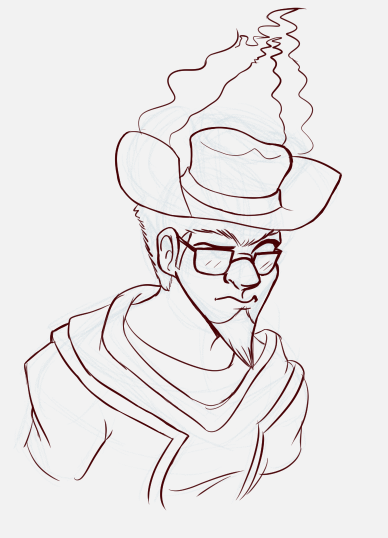 The fire that burns twice as bright burns half as long, and this man is a bonfire. Awesome looking guy.