Ice dragons of the Teeth

The Teethians are an isolated clan of ice dragons who live deep in the mountain range of the Teeth on the continent of Caia. For over two thousand years, they have had no contact with anyone outside their culture.   Like all dragons, Teethians can shapeshift between dragon and human form at will. As they were not present at the Meeting of the Clans, when the Draconic Concord was signed into dragon law, they spend the majority of their time in their draconic form.

Due to their isolation, Teethians tend to be a little bigger than most other dragons. From their snout to the tip of their tail, they can grow up to three metres in length, with a wingspan of four to five metres. Their shoulders tend to be located just over a metre from the ground. 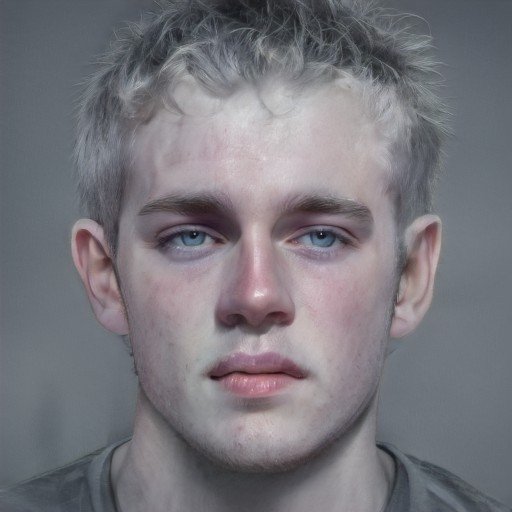 by Artbreeder
Species
Ice Dragons
Language
Teethian
Homeland
The Teeth
Religion
Teethian
Their scales vary from white to speckled grey, which allows them to blend in with their surroundings. Unlike most dragons, they do not possess horns. Their eyes tend to be a steel grey or a light blue.

In human form, the Teethians have pale - almost white - skin. It is slightly too pale for them to be able to blend in with real humans, though this is not a concern due to their isolationist nature. They have white hair, often roughly chopped short for both males and females. Their eye colour matches their dragon form, so vary from grey to blue.

Answering: "an ethnicity surviving in an inhospitable region"
Visit Serukis's Competition Page Check all other answers to this prompt Competition Homepage

Ooh, the Teethians are so pretty looking, in a strange kind of ethereal way! I like that dragons can switch between human and dragon forms whenever they so desire. :D

Thank you! Weirdly, that's one of the things that's remained from the teenage-Emy version of this world. :D

I'm glad that remained! It's quite fascinating. :D

Oooo ice dragons! This is such a cool take on the prompt. I like that some have found a way to live in the teeth... though I'm sure plenty see them as a potential hazard.