The stars of the sea

In the deep, dark water beneath the ice, sometimes the only light is the sparkling of shrimp, dancing through the blackness like stars.


Starlight shrimp are small, transluscent crustaceans that live in the depths underneath The Expanse. The bioluminescent algae on which they feed causes their bodies to grow a bright, eerie blue.   Colonies of starlight shrimp contain several million individuals. Though they serve as prey for many of the denizens of the water under The Expanse, they remain numerous. 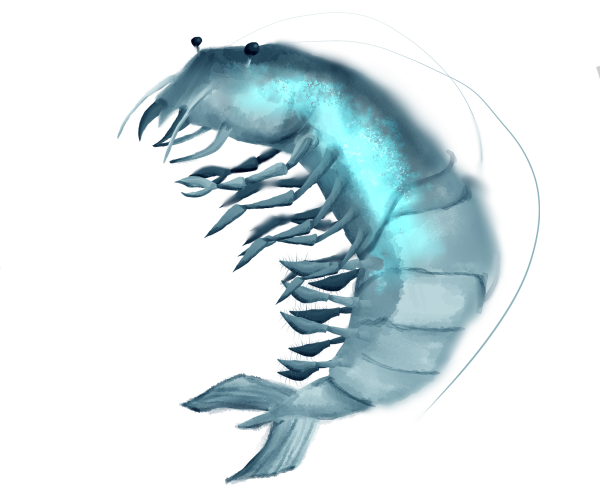 The body of the starlight shrimp is split into two main parts: the head and thorax are one part, known as the cephalothorax; the second part is an elongated abdomen split into six segments. The cephalothorax is protected by a strong carapace, and the abdomen is covered in thinner segmented armour. Whilst the outer shell of the starlight shrimp is strong, it is also transparent, allowing a view into the inner workings of the shrimp.   Growing from its head, the starlight shrimp has a pair of compound eyes on stalks. This allows it to have panascopic vision, making it much more able to see movement in the dark waters where it lives. It also has two pairs of antennae that grow from the front of its head. One pair is short and is used for feeling for and sensing food. The other pair is as long as the shrimp's body and is used for orienting the shrimp in its surroundings.   The gills of the shrimp are protected by the carapace. The gills allow the shrimp to filter dissolved oxygen from the surrounding water, and allow the shrimp to excrete carbon dioxide from its bloodstream. 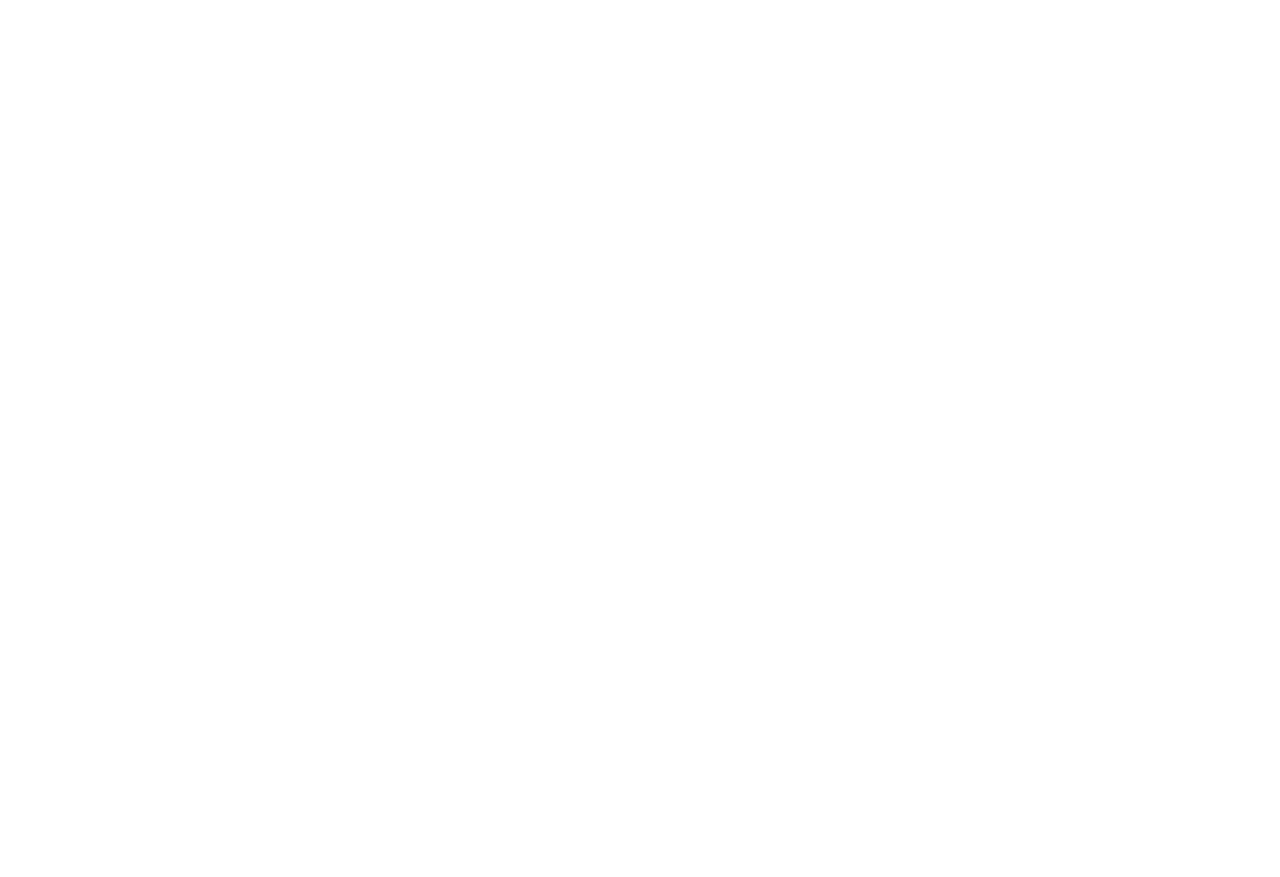 by OpenClipart-Vectors, edited by Emily Vair-Turnbull
There are eight pairs of appendages growing from the cephalothorax. The first three pairs are maxillipeds, or mouthparts. As well as functioning as the shrimp's mouth, they are also used to both push water through the shrimp's gills. The remaining five pairs of appendages are called the pereiopods. The first pair of pereiopods have claws, known as chela, on the end, which the starlight shrimp use to scrape algae from the surface of the ice and deliver it to the mouthparts. The other four pairs of pereiopods are long, firm and slender. They are used for walking on the surface of the ice when the shrimp is not swimming.
There are further pairs of appendages on the first five segments of the abdomen, called pleopods or swimmerets. These are shaped like paddles and are edged with fine, hair-like bristles. Whilst the main purpose of the pleopods is to propel the shrimp whilst swimming, females of the species also use these to cradle their brood of eggs up against their abdomen.   The sixth segment of the abdomen terminates in a fan-shaped tail, made up of two conjoined appendages called uropods. These function as rudders, steering the shrimp as it swims. They also allow the shrimp to propel itself backwards at great speed if the need arises.

Starlight shrimp choose when to mate due to fluctuations in water temperature. A raise in temperature of merely one degree is a sign to mate, as this usually precedes an algae bloom meaning the shrimplets will have the best chance of survival.   Females of the species can store the sperm of multiple partners, meaning that a brood of starlight shrimplets from one female can have multiple paternities. The more genetically diverse the brood, the higher percentage tend to survive to maturity.   Starlight shrimp lay between 100-200 eggs at a time. Through gestation, which can take between 2-3 weeks, the mother cradles the eggs against her abdomen using her pleopods. When it is time for the eggs to hatch, the mother lands on an ice column and allows the hatching shrimplets to cling to the algae growing there.

Starlight shrimp live exclusively underneath the large landmass of ice known as The Expanse, and are one of the only species of shrimp to have evolved to survive in such extreme cold. Most often, the shrimp stay clustered near or on the surface of the ice, but they swim into open water to mate. 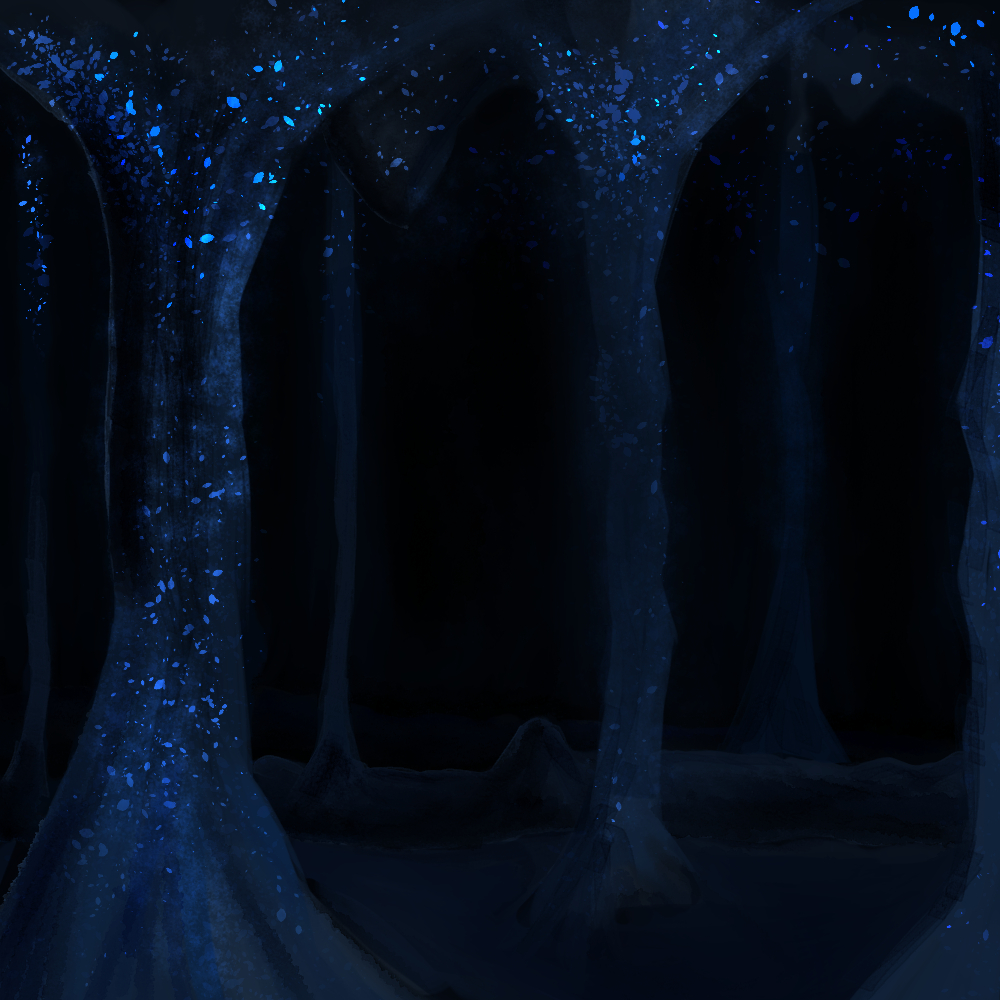 Starlight shrimp are herbivorous. At all stages of their lifestyle, they feed exclusively on the bioluminescent algae that grows on the underside of the ice, and on the ice columns that reach down to the sea floor. As the shrimp are transluscent, the algae in their stomach is visible as they digest, making them glow. 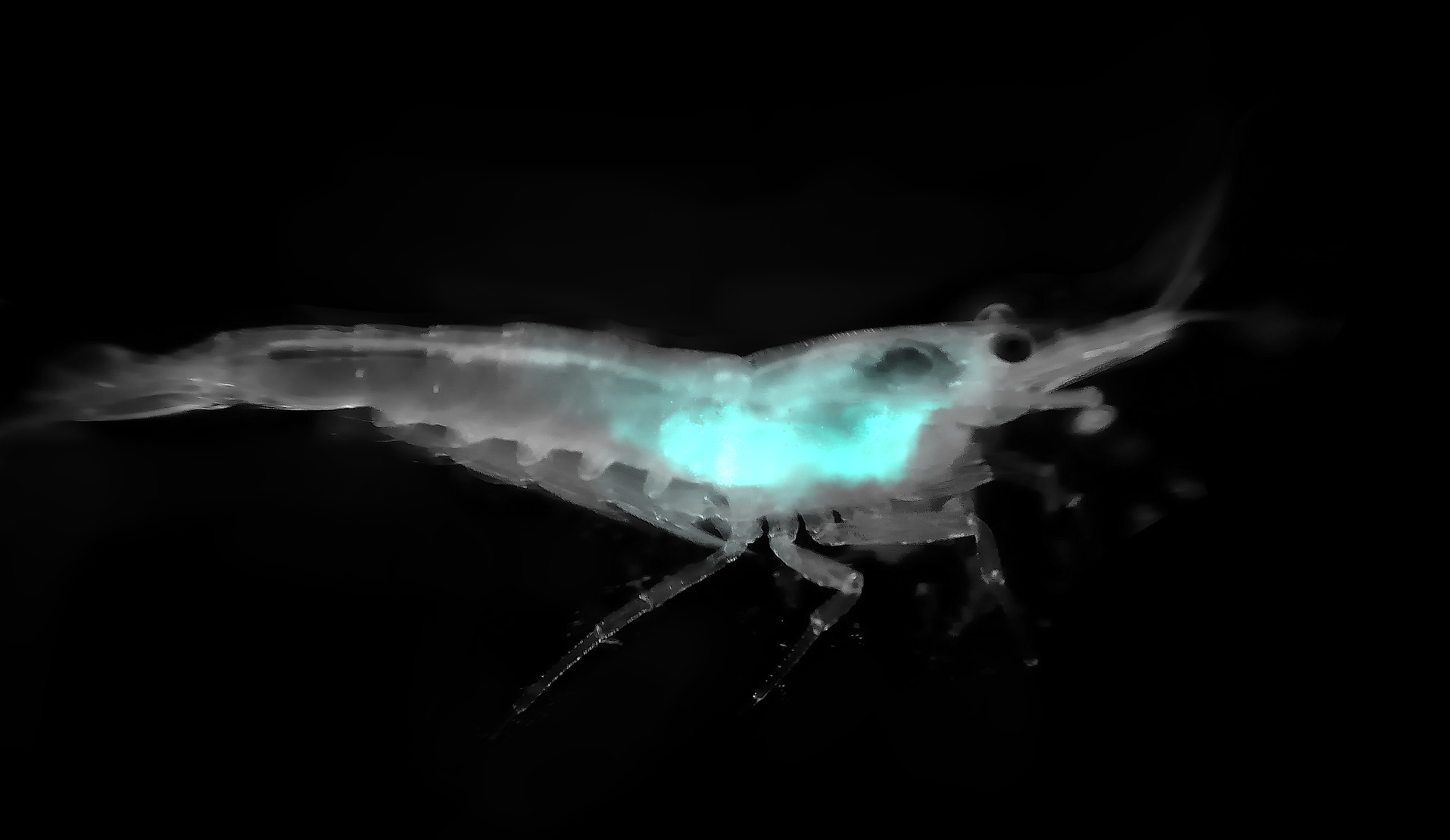 Shrimplets hatch as fully-formed, though miniscule, versions of their parents. Each shrimplet is less than a millimetre long when it hatches. They spend the first three months of their life clinging to the ice and gorging on algae.   After three months, the shrimplets are officially juvenile shrimp. The juveniles are more adventurous than the shrimplets and often venture away from the safety of the ice columns into open water.   After six months, the shrimp are considered sexually mature adults. At this stage, all shrimp are male and will compete for the attention of the older, larger females.   A year to eighteen months into the life of the starlight shrimp, the testes morph and are replaced by ovaries. The starlight shrimp then completes its life as female.
Fauna of the Northern Ocean
Etrea © Emily Vair-Turnbull 2020
Images © Emily Vair-Turnbull unless stated otherwise
Default cover image © Pexels at Pixabay | Background © Yuri_B at Pixabay
Etrea World Theme © Elias Alija 2020
Cover image: by Pexels

The second article I wrote on World Anvil.   Starlight shrimp are currently disconnected from anything else I've written about, as they live way up in the Frozen North. I do love shrimp though, and had a lot of fun writing about them! :)

I just want to say, I will never get sick of the word shrimplet. Everything about it is adorable.

Shrimplet is the best word, for sure! :D

Excellent work here! I love the theme as well!

I.... I’m in love. No seriously , I love it to the point that I’m obsessed with it. I just love how detailed you went into this article and honestly, I’m just fangirling over it. I’m sorry for not being able to control my emotions xD   This article has roused some incredible interest for your world on my behalf. I have now committed to reading every last article you have made and showering you with love as well as tearing apart ( I meant it as a compliment I swear!) your articles. I’m a sucker for all things cold, dark and honestly I’m obsessed with cold oceanic beings and geography so I’ll definitely love where this is going!   You keep rocking my friend! You have earnt a new fan in me!

Aww, thank you so much! I'm pretty new to WA so haven't got many articles up yet, but I hope you like the content I produce. This comment has made my day. <3

You’re welcome! I mean I’m already so much in love with this world! I’d love to chat with you more if you didn’t mind ( be it on discord or twitter or anywhere else!). Feel free to decline tho :)

Thanks! I'm often hanging around in the World Anvil discord, but I don't do private messaging for personal reasons. :)