I swear to you, the mountains are alive. The rocks were moving, crawling all over the slopes like a swarm of insects!
— A new visitor to the Teeth

Above the foothills of the Teeth, on the slopes where trees give way to rocky shale, live the rock crabs. Highly camouflaged amongst the rocks where they live, newcomers to the mountains occasionally mistake them for living stone.

The most notable feature of the rock crab is their uncanny resemblance to a mountain stone. The shells that make up the main part of their bodies are dark- to medium-grey in colour, with speckles that mimic natural variations in the land.   Rock crabs are decapods, with four pairs of segmented legs, and one pair of claws. The claws are rather large and strong, made for crushing stone into powder for them to eat.   They have two eyes on stalks on the top of their shells, though their vision is generally poor. Instead, rock crabs sense vibrations in the ground, which warns them of the approach of predators.   Rock crabs are sexually dimorphic, in that females are twice as large as the males. Males also have a patterned underbelly, which they use to attract females.

Rock crabs spend most of their lives crawling over the slopes upon which they live, searching for food. During the hottest part of the day, however, they remain still, soaking up the sunlight through their shells. Though solitary by nature - except in the breeding season - they have been observed to communicate with each other by drumming their claws on the ground to produce vibrations.   If a rock crab is frightened, it will withdraw its legs and claws underneath its body, disgusing itself as a rock. If repeatedly threatened or provoked, they will lash out with their claws, though this is generally a last resort.   During late autumn to early spring, when even the foothills and surrounding lands are covered in snow, rock crabs go into hibernation. If necessary, these crabs can hibernate for up to a year under the ice.

Late spring, when the majority of the winter snow has melted, is mating season for the rock crabs. Males compete for female attention by standing on their back legs with their claws in the air, showing off the patterns on their underbelly. Males with darker, more intricate patterns generally are the first to win mating rights. 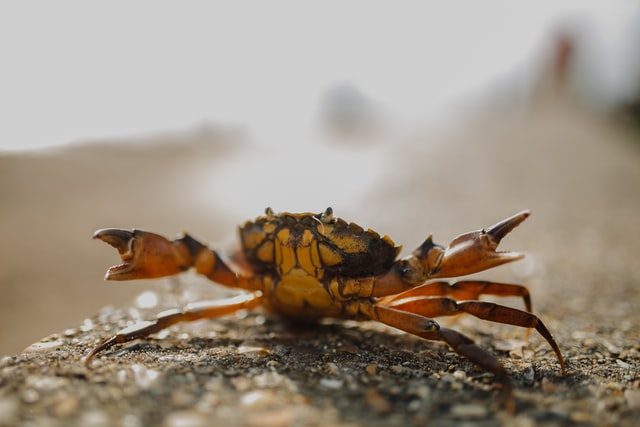 by Phil Hearing
Female rock crabs carry their eggs - known as roe - under their abdomens. A single female can produce between one hundred and two hundred eggs in a single mating season. These eggs hatch in the late summer, when the mountains are at their warmest.   Unlike the majority of other crab species, which go through larval stages, rock crabs hatch as miniature versions of their adult selves. The newborn crablings are only a couple of millimetres in width and their shells are soft and translucent. For the first few days, the crablings remain under their mother's shell whilst they are still soft and vulnerable. After three to four days, the crablings' shells harden and they leave the safety of their mother to find their own way in the world.   As rock crabs grow, they moult their old exoskeletons as they become too small. For a day or so after they have moulted, they are as soft and vulnerable as they were when they were first born. This is one of the most dangerous times for a rock crab, when they are most susceptible to predation from creatures such as pygmy rocs, mountain kestrels. or even the elusive rock bear. 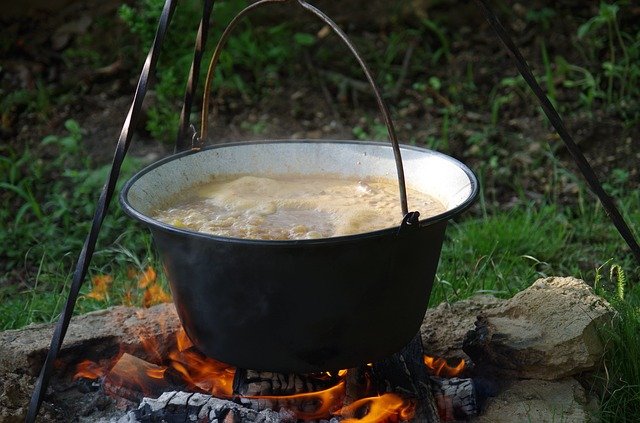 by Ajale
Rock crab meat is generally considered a dish for the lower classes in both Kaien and Serukis. It is standard fare in many communities that live in the foothills of the Teeth, especially working communities. These include the logging camps and sapphire mines of Serukis, and the pine tree tea plantations in Kaien.   In Serukis, rock crab roe has become a speciality that is enjoyed by the nobility, even as they looked down upon the commoners who consume the meat. In the working communities, however, the roe is especially valuable to the children, as it is full of protein and fat that helps them survive the harsh winter months.   In the working communities along the Teeth, the shells of the rock crabs are often used as plates or bowls, as they are sturdy and resistant to breaking.   For the Koushan Mai people, rock crabs are considered sacred to Damek, god of mountains and sky. Legend tells that Damek brought stones to life to act as his eyes. It is taboo to hunt and consume rock crabs, and it is considered good luck to spot one away from its normal habitat of the mountain scree slopes. 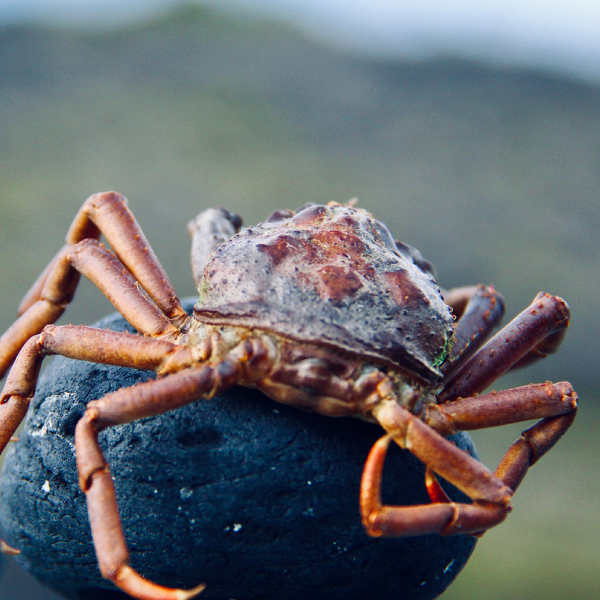 Rock crabs are found only on the scree slopes of the mountains of the Teeth, below the permanent snow line. They make their home amongst rocks and pebbles that look similar to themselves. 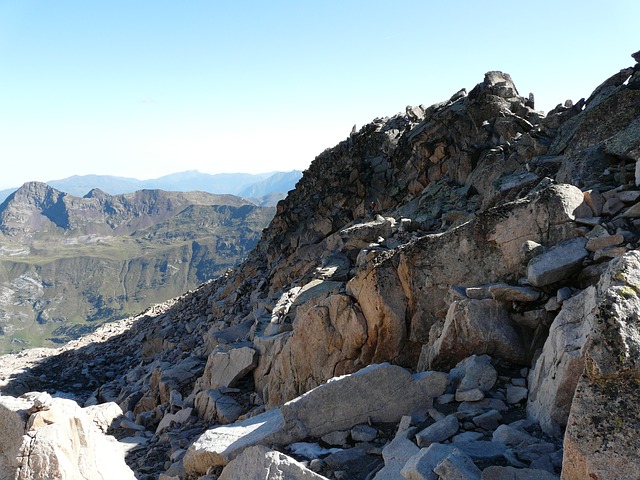 Rock crabs exclusively feed on rocks and stone. They use their claws to break down the rocks into powder and then feed on that. This diet, much to the bafflement of scholars, gives them all the nutrients that they need to survive.   The minerals they consume also serve to make their exoskeletons much harder than they would naturally be, giving the rock crabs extra protection against predators. 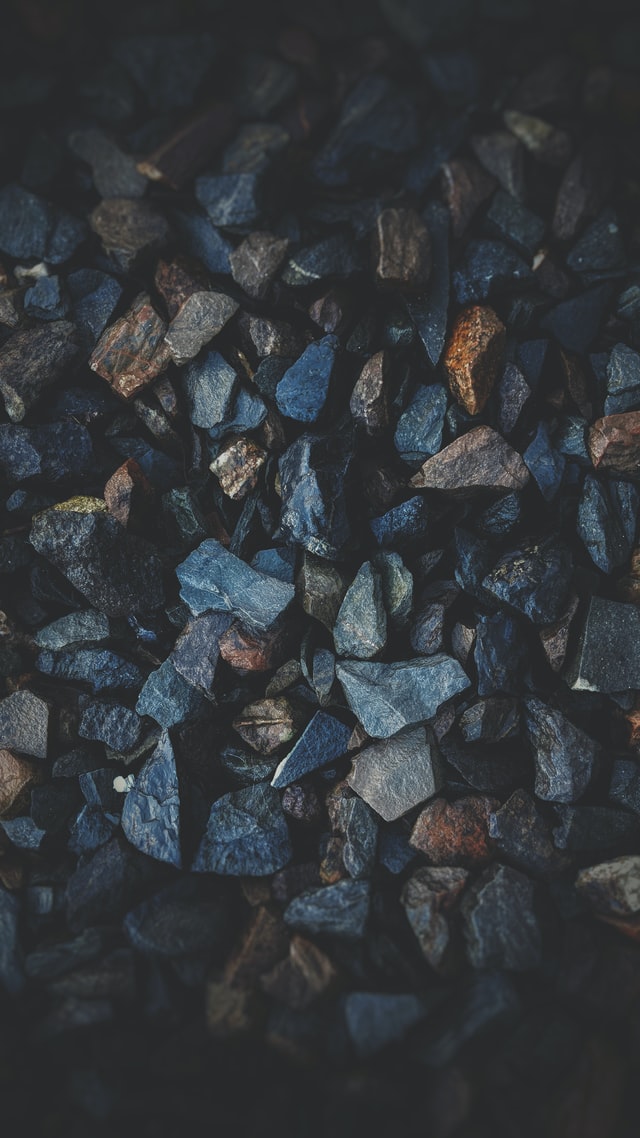 Crabs! I love Attenborough-esque tone of this article. And the difference in the perceived value of the eggs is perfection. I can see a conflict boiling there.

Yeah - food for children versus expensive delicacy. Sadly we know who would win. But, luckily, rock crabs are currently in abundance so it's not an issue - yet!   Thank you so much! <3

Lovely article. To me, grown up close to the sea, brings a lot of childhood memories! Ouch the crab pinches!

Crabs! Love these guys :) I'm really impressed with the physical description of crabs, I always find it hard to describe living beings but you did a wonderful job of painting a clear and anatomically precise picture! As always, awesome article :D

Thank you! Yeah, it's a hard line to walk to make it not too scientific, whilst also being accurate. I'm glad it came across! <3

Great article! I especially like your description of how the different rock crab resources are used for food, and how that varies depending on class, status, and culture. I am also craving some sort of crab bisque now?

Aww thank you so much! Haha me too! :D

I wouldn't have thought of crabs as natural land dwellers. But you made it seem so natural!

Aw, thank you! That was the goal so I'm glad it worked! :D

Beautiful article! I know very little about crabs, but I love that these communicate with each other by drumming their claws on the ground to produce vibrations. I'm not sure why but I really like that detail.

Lovely little ones!   There was something that I think does not make a lot of sense: the eggs hatch in summer, but they are preferred food for children in winter? They may have a really long development time, but it sounds unlikely for the eggs to survive while the mothers need to go into hibernation to survive. Alternatively, are the eggs collected in summer and preserved?

They collect them in summer and preserve them. :) Thank you very much!

I wonder if rock crab meat has a gneiss taste to it.   Good article. :)

Hahahaha! XD Thank you so much! <3