A mouthwatering product of a not so beautiful beast

Goodness! You've never had Whiptipede?! Poor human! You must be so deprived!   Okay, okay, human cuisine metaphor. Let's think- everything you love about the finest rib-eye cut; texture, savory juices, melt-in-your-mouth goodness. Now combine that with the crustaceans of Eden. Maine Lobsters, King Crab, yes? Mmmm, Yes! Now combine all the positives and Blam- Whiptepede Meat.   The juiciness, tenderness, and consistency of a rib-eye with the lean and addictive meat of a Lobster! Oooph. I'm feeling a carnal hunger just thinking about it! Please, come into Dartesi's kitchen, let's pop your Whiptepede cherry.
— Dartesi

Whiptepede steaks are the primary product of killing and harvesting Whiptipedes. The most iconic and popular cuts of flesh are sourced primarily from the Whiptepedes independent body segments. The resulting meals are a staple throughout the universe. It's succulent and hearty flavors combined with the nutrition value make it a popular dining staple from common folk to the most wealthy.

Whiptepede Meat has been a staple of many Sazashi diets since their colonization of the Jhoutai mainland. Whiptepedes are plentiful, docile when fed, and one adult can provide enough cuts for dozens of meals. The taste of the low-fat primary cuts have been described as sweet, juicy, and buttery. The texture is often compared to red meat, but with little to no fat and gristle. While hunting wild Whiptepede can prove dangerous, many Jhoutai farmers established jungle fields for Whiptepedes, establishing facilities to butcher and clean the flesh without risking their lives to slay the massive armored beasts.   The popularity of Whiptepede exploded after the First Contact of Tower Spoke & Via Lactea. Imports of the Whiptepede to Eden were well received. Many likened the meat to their native Lobsters and Crabs, without the hassle and for a fraction of the cost. The meat became so popular that many humans dubbed Whiptepede "Surf on Turf," as a play on "Surf and Turf."

Whiptepede started life as a food suitable for survival. The limitation of an exoskeleton and giant size of Whiptipedes lead to a meat that is extremely low in fat, but heavy in proteins, vitamins, and minerals. The body cuts of the Whiptepede are rich in calcium and magnesium. The claws and smaller portions are more dense with Iron.   The only potential downsides to Whiptepede steaks lay in the sodium and cholesterol. One large serving of grilled Whiptepede can nearly fill the recommended daily intake of both.

Such a treat that something so delicious that it can bring a smile to even the most languished soul is also so nutritious that it can keep even Dartesi going for a whole day, yes?
— Dartesi

From Jungle to Fork

Whiptepede Hunting is a traditional sport that can trace its roots back to the first Jhoutai Mainland Colonization. Whiptipedes were both a threat and a food source. Those brave enough could hunt down these beasts to collect enough meat to feed the village. Many times, hunters would become the hunted and never return. In the Banner age, technology has made Whiptepede hunting far less lethal. Though wild Whiptepede can still find a meal in the unwary hunter.

An invisible quality of meat is the danger! Yes, indeed! A primal succulence that Dartesi finds so tongue-tantalizing! We will use wild meat just for you today!
— Dartesi

Many traditionalists and chefs swear by wild Whiptepede meat, claiming the trails of nature and danger of gathering add a sweetness to the meat not possible through farming or synthesizing. In side to side comparison to farmed meat, wild meat is a darker color with a lower sodium content. The flavor of wild cuts can differ in flavor depending on the ecology it was hunted in. Whiptepedes that prey on insects or other Crustarthoflect lead to a more gamy flavor and flaky consistency; a primary diet of red meat or fish can lead to a buttery consistency and flavor.

The population boom and food intake of the Sazashi soon outpaced their ability to hunt for meat. Learning to farming predatory animals such as Whiptepede became a challenge; the Ral-Mi and @hiserabi became the first to perfect the practice. They began breeding Whiptepede that showed more restraint in attacking sophonts. This became the Sazashi's first documented example of Selective Breeding.   Selective Breeding of Whiptepedes continues even into the Banner Era, entire landmasses can be dedicated to Whiptepede farming. The tools have evolved as well, state of the art genetic facilities continue to produce bigger, and more flavorful breeds. Whiptepede Ranchers use locators, butcher facilities, and sustainable breeding to prepare Whiptepede steaks for shipment to the entirety of the known universe.

Meat from a tube? Not from Dartesi, goodness no! It has its place- not on my pan!
— Dartesi

Whiptepede meat, like any other meat, is able to be lab grown through in vitro culturing. The process is quick, inexpensive, and simple. The use of synthetic whiptepede is divisive, some new-age vegetarians will only eat in vitro whiptepede, while more traditionalist chefs and diners refuse to use it as the taste and consistency can be subjective.

Now comes the fun! Sit, sit, please! We have our cut, we have our Muah spices and butter! Prepare the pan, yes! Oooh, I'm salivating! What as a side? Human- European, Asian, American, Titanian? I've got it! Slaw and Fries! A true classic!

The most popular way to prepare Whiptepede is to pan fry the meat and serve it with a side of greens and starches. The most commonly used cut of whiptepede for frying is segment cuts taken from the loin or chuck. These portions contain the best consistency and texture and are credited with having the most flavor. A Rib or Chuck cut can be used as well, but the presence of actual fat content leaves these cuts better suited for roasting or grilling.   Pan-fried whiptepede is first treated with a mix of herbs and seasonings. The seasonings differs per culture; humanity tends to use garlic, butter, oregano, and rosemary while Sazashi and Verin often use the more earthy Sul'herum in replacement of rosemary and oregano.

Oooh, you smell that? Hot oil, ripe for the frying. Garlic! Oh so much garlic and butter. The most rib-sticking and scrumptious contribution from Humanity. Thank you! Lets toss the steaks on, yes! I tell you human, you may need a replacement heart after this.
— Dartesi 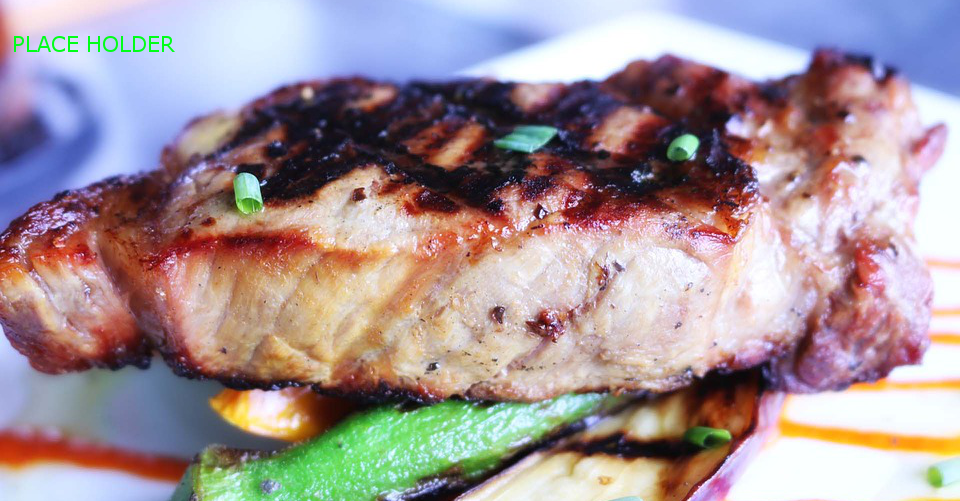 If you wish to make the recipe listed in this article, swap out the whiptepede for swordfish!

It's another awesome article from Ethnis. The layout is great, it's easy to follow the flow of the article and I like the Whiptepedes a lot. You guys set the standard for the rest of us to try and keep up with!   Here are my notes:

The resulting meals are a staple throughout the universe.

This statement clashes a bit with the opening quote. Do humans not eat this for whatever reason? Are they too new to know the deliciousness of Whiptepedes?

many Jhoutai farmers established jungle fields for Whiptepedes, establishing facilities to butcher and clean the flesh without risking their lives to slay the massive armored beasts.

I remember reading that cows kill more people per year than sharks. Is there a similar case here? Is there a difference between wild Whiptede and domesticated ones? Is the wild ones considered its own flavor and delicacy? (Kinda like boar vs pig)

The only potential downsides to Whiptepede steaks lay in the sodium and cholesterol. One large serving of grilled Whiptepede can nearly fill the recommended daily intake of both.

I still want one.. Nom nom

1. Gathering[/quo]   I'd consider moving the quote block from left to right. It is a little akward to follow the text in this particular segment as it stands.   [quote]Many traditionalists and chefs swear by wild Whiptepede meat, claiming the trails of nature and danger of gathering add a sweetness to the meat not possible through farming or synthesizing.

Well.. I guess that answers the above question :)   It's a really excellent article and now I am hungry so I'm going to go eat
Creator of Araea, Megacorpolis, and many others.

So, I believe I actually answer that first and second one in the article itself.   For the first one i bring up in appeal where I mention the explosion in popularity upon the humans first contact with the Sazashi. Surf on Turf baby!   And you found the answer to the second one. I'll switch the quote block to the other side.   Thank you for the feedback and glad I made you hungry :D

<3   It reads a lot easier now. It's really good and reading it again makes me wish my breakfast was more meaty like this.

Yummy yummy goodness! Love also the sci fi synthetic twists you added to its influence on food culture. Though I think I spot a typo in the recipe?

At least I have an idea of what protein to use to try and "recreate" this dish! ^_^

I actually added that as a footnote! But its fixed!

Consider my Whiptepede cherry popped. I'd love to see some tooltips on your linked articles (particularly Whiptepedes) just to give a quick one liner on what they are at a glance :D   The quotes in this article are so damn cool! It's a fantastic contrast between educational cooking article with enthusiastic narrative, I would LOVE to hear what Dartesi sounds like.   Layout on point. Quotes on point. Images on point. 10/10 would eat here again.

That's a great idea with the tooltips, I really do need to use em more!   And yes Dartesi is such a character that I had to have him have a narrative. There will be much more of him soon, that is for sure. As for making a voice for him? Count me as down, perhaps Ademal might have some ideas.   Thanks for the feedback TJ!