The Helmshigh Family is one of the oldest families of Valudtan. Their name comes from their immense height even among the towering Parisan and the fact that their home is nestled deep into the tallest of Valdutan's mountain ranges.


We came to this land long ago, and began our art the moment our cries of oppression died down. Helmshigh Mountain has been our home for millenia, and the fruits of its valley has been our craft for just as long.   Now come, friend. Sit, cherish a glass of Brew, and be merry!
— Helmshigh Elder

The Parisan of the Mountains

The Helmshigh Family is an ancient lineage of Parisan that traces its roots all the way back to the Sazashi Revolution. They discovered their mountain home during the war, where they first established a fort to defend their lands. When they explored the valleys of the mountain, they found land that was immensely fertile with golden fields of wheat.   After the war, the Helmshigh family entered the industry of brewing. The tradition of brewing soon became synonymous with the Helmshigh name. Yet despite the amount of experience that lies in their blood, they only produce one product; Helmshigh Brew. Even that is enough to maintain their strong economic presence.

As with all Parisan families, there is pride in the strength of the sword and shield. The Helmshigh family produces some of the finest fighters of Valdutan. They are born fierce, raised noble, and honed to be humble.   They are common champions in the native sport of Shield Dancing and there is always a Helsmhigh Honor Guard with his crest of holographic wheat guarding the Queen of Valdutan.

As with most other Parisan families, it is tradition for those coming of age to leave their home to explore the universe at large and return with the stories of what they have learned.   Helmshighs only leave home with a bottle of Ale on their hips, to be shared with those they have treasured the most in their journeys.

I remember after it all, after the bloodbath we had to endure. Kona sat me down on the shuttle away and with his only arm pulled that Helmshigh Brew from his pouch.   "A family tradition. We survived, let's drink." he said. It was the most delicious thing I have tasted, and we just drank it from the bottle.
— Niko Maxim

As the wind brushes our wheat, we stand ready. 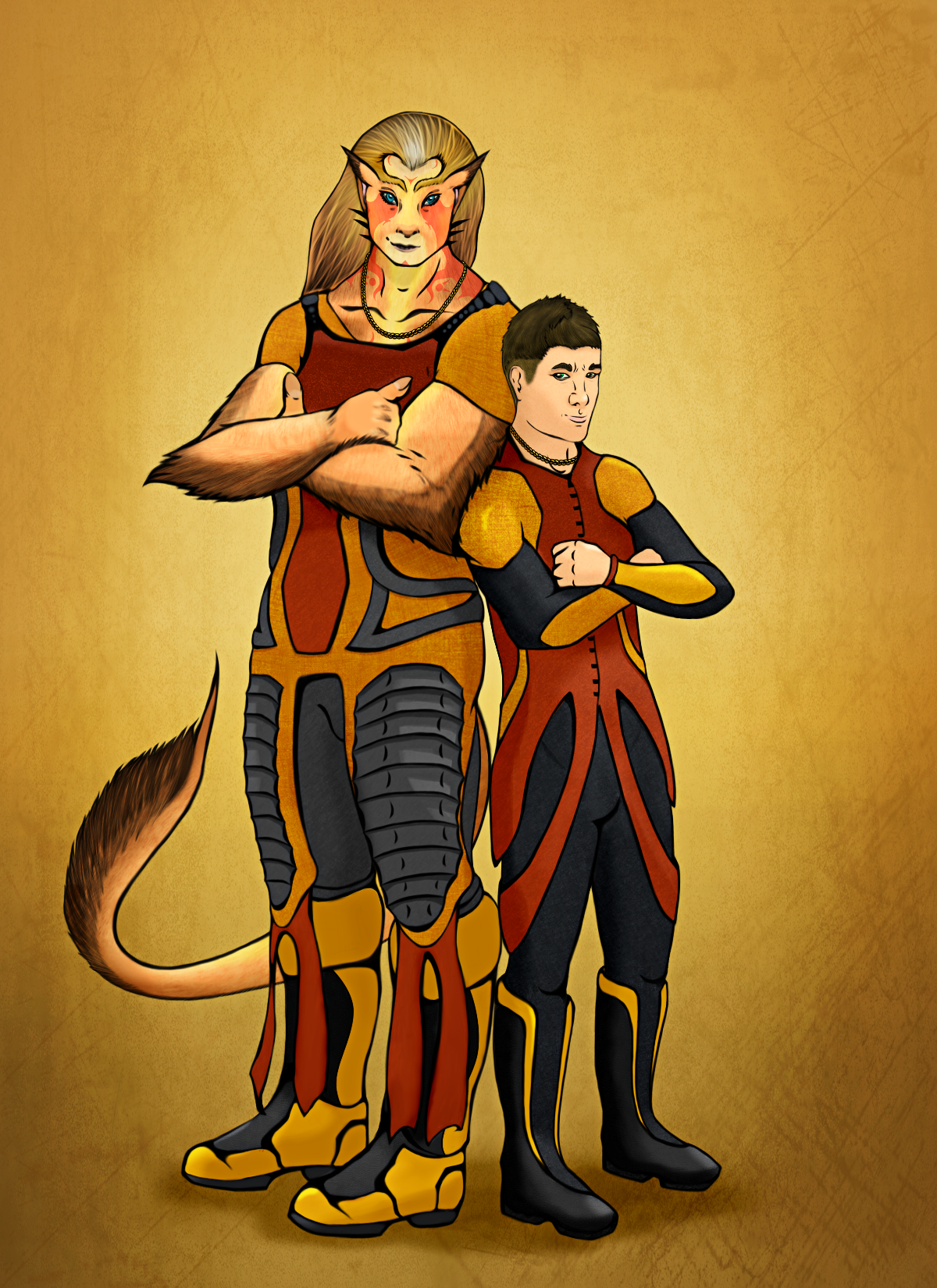 Kona and Niko by Ademal and Redwolfsam
Type
Family
Banners

I really liked the idea of the physically strong and mighty family mixed with a sense of elegance and honor. The article is short, but really gives us a good image of who they are which is what we ask for. :D   Nice work Barron :)

Thanks Mister! I'm glad you personally enjoyed it! Always a good gauge of the writing I want to go for.