Artosen II was born very shortly before the death of his grandfather's empire. He was just an infant when Artosen died, his father committed suicide and his mother died of rocksweat poison.

Edrashja, herself sick with rocksweat fever, managed to spirit Artosen II away amid the bloodletting and throne-scrabbling of her children. She hid among cities that quickly became dirty and subject to the horrors of vampire rule. While it was her plan to take care of Artosen II and raise him to usurp the throne when he was old enough, he wound up taking care of her as the fever worsened and he grew up.

A life of petty crime, bar-room brawls and alcoholism fell heavy upon Artosen II, but it was a weight he bore easily, as though empowered by the blood in his veins, Khandea blood.

Eventually his crimes landed him in the mines for several years, barring him from seeing the already dim Marianiyan sun. Down in those mines he found himself, a goal, a plan and, most importantly, a case with a wand in pool of rocksweat. He managed to smuggle the wand out by hollowing the handle of his shovel and hiding it inside. He then caused a cave in with the wand to kill the taskmasters and escaped amid the chaos to return home.

He wanted to save the territories, but had no mind for politics. The taskmasters he had killed were what inspired him, mercenaries hired by the wealthy to do their grunt work. Perhaps if he had enough money. He could drown the Territories in gold until it wasn't just gilded, but golden through and through.

Working for a mining guild wouldn't make the profit he needed. He would need to own his own guilds and companies, or to work freelance. He would also need to broaden his horizons beyond the territories.

Bolstered by liquor, he set out.

If Digger ain't carrying his shovel then he's carrying a drink, and if he's not carrying either then look out because he's carrying a chip on his shoulder. My brother keeps crossing him and is gonna end up missing teeth.

Digger drinks a bit much, and tends to settle heated arguments with a fist fight.

Digger is a fucking asshole. 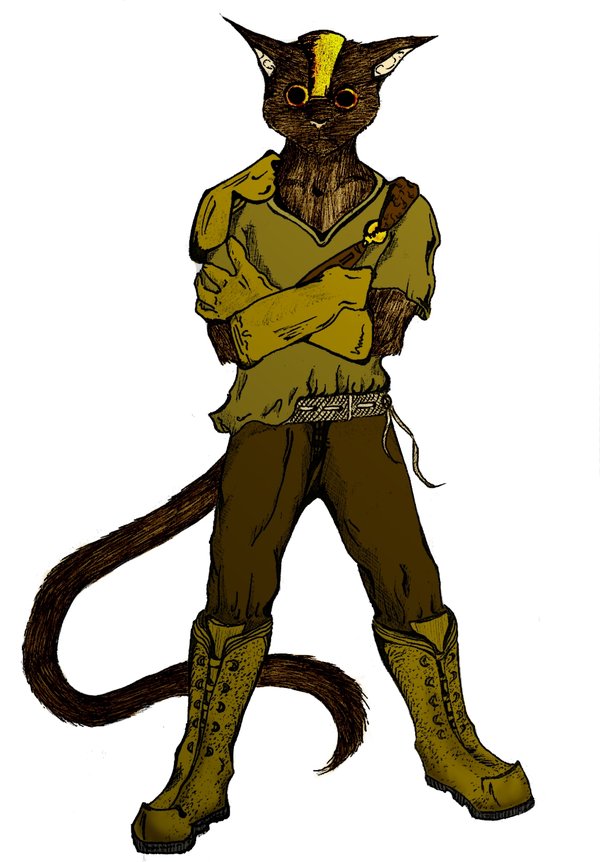