Amberge is a predatory species of Jhoutaioan Coral which devours other hard coral species and produces a resinous sap to protect itself and encapsulate any Rutas Olu which land upon it for later consumption. When Amberge runs out of viable coral to consume, it instead consumes its own amber—like a body consuming its own fat for calories.

Amberge is invasive and fragile, leeching away at other coral structures until they collapse—often with devastating chain reactions that leave fissures kilometers long and just as deep through the Kajh-Tai Region.

Despite the danger they present, these fissures are critical to the ecosystem of the regions, as they allow the sunbaked upper stories of the coral to reach down and tap into the rich, sugary Amberchrys for crucial nutrients.


Some of the greatest fossil discoveries have been due to ancient Amberge collapses.

Amberge spreads through other corals, leaving hollow corralums full of resinous Amberchrys deposits behind. This raw Amberchrys is sugary, dense, and full of fibrous Amberge roots that feed on the Amberchrys to supplement whatever it doesnt find as it continues to spread.

Raw Amberchrys has little value, though the surface layers can be gathered and eaten with a spoon as a semisweet treat. Boiled and separated from any roots and debris, it become thicker and more sweet, and when mixed with potassium salts and tempered at extreme heat, it becomes a glass useful in consumer Psiotronics.

Amberchrys candy is spicy and sweet. To the human tongue, the flavors are comparable to tamarind, cinnamon, chili, citrus, and honey. 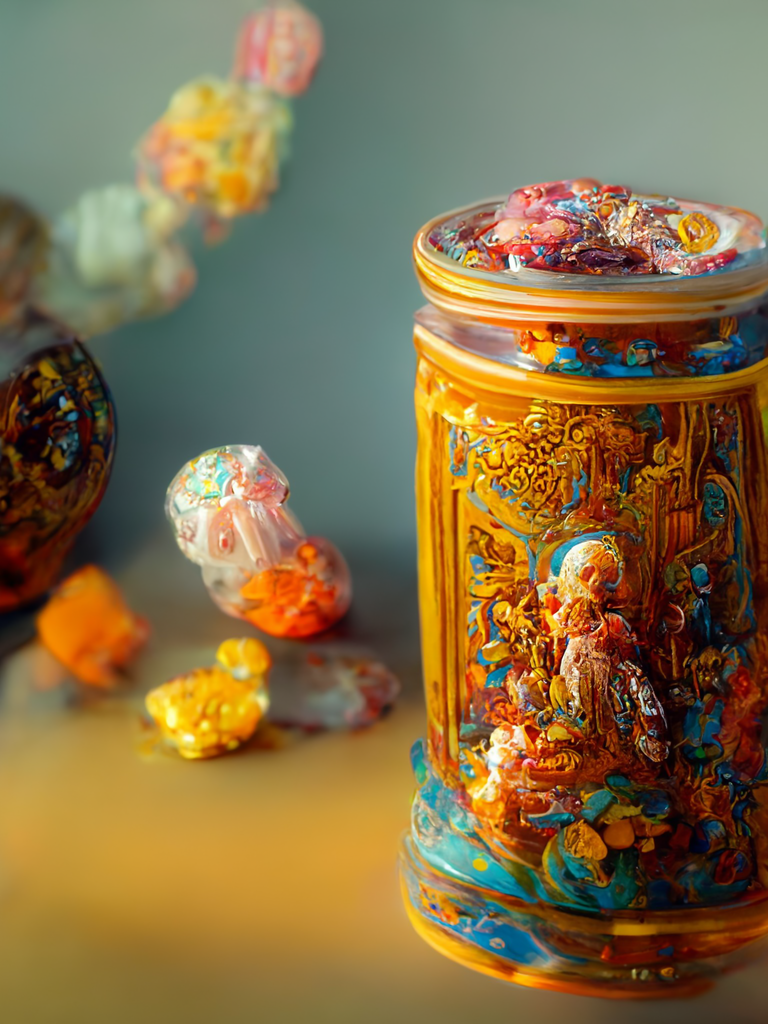 Answering: "Α species that survives in an unlikely place"
Visit Ademal's Competition Page Check all other answers to this prompt Competition Homepage