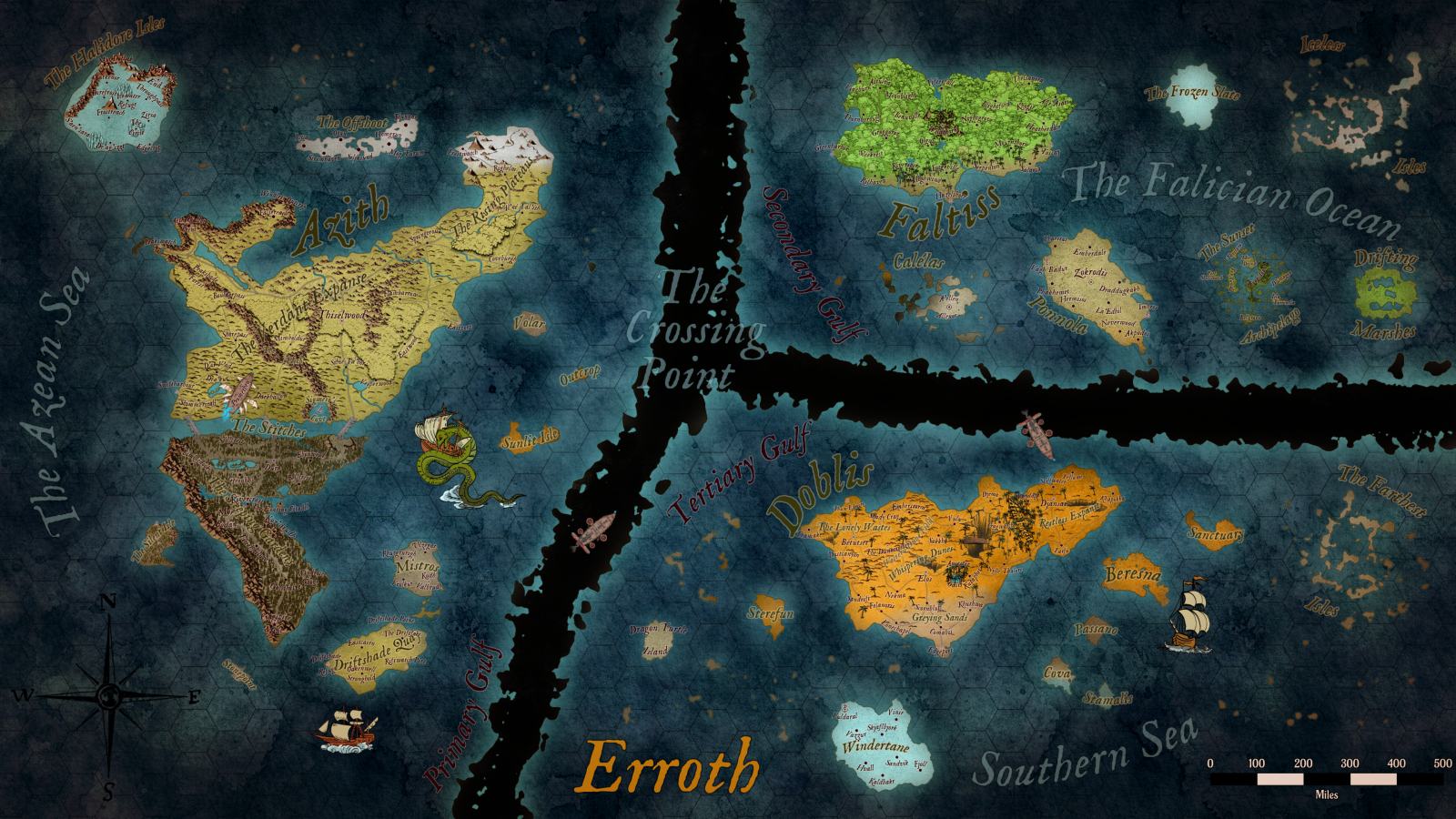 wontonron
For many worlds, the War of the Gods was, almost, a background event - occurring whilst they continued their affairs, the collateral damage wreaking havoc as they did.   For some worlds, however, the War rages on. For some worlds, the War is not a background occurrence. The world of Erroth is one such world within the multiverse. A world torn asunder by the War of the Gods.   Erroth is a harsh, unforgiving world, one forged and cemented by honour. Fallout from the War has caused irreversible changes within the world - continents have split into islands. Deep trenches have formed in the oceans, where the water drops as far as the eye can see, marking edges of the world, through which one could disappear into an as yet undetermined fate.   Three factions have arisen to see Erroth through such tumultuous times. Three factions, with three varying aims. One faction - The Harbingers of Retribution - blame the Gods and Their Wars for the destruction caused, seeking to bring the Gods to their knees to answer for their crimes; one - The Heralds of Divinity -blame the hubris of Mortals and their disbelief for weakening the Gods, allowing the War to begin; and one - The Brotherhood of Justice - blames the forces of evil and the forces of chaos, for law and order are needed to return the realms to peace.   Some believe that Gods, demigods and the like aid these factions in secret, tipping the scales and preventing, or aiding, apocalypse. Some believe that they overtly support the warring factions. Whatever the case, all wars must come to an end, and only time may tell the fate of the world of Erroth.
Erroth Discussion Boards

Shadow of the Black Fang

Linger was once a lively woman named Levity. Fate is not always a kind thing and she was betrayed by someone close to her. Though an attempt to reverse the misdeed was made it didn’t go as planned.

Despite his prodigious strength Chester abhors any sort of physicality and instead tries to use his words (and magic) to get out of the various sticky situations he finds him. https://www.dndbeyond.com/characters/81111906

Mura served as one of the horsemen that sealed away the Seven Darkest.