I have no idea what these things are for, but those pointy-eared weirdos really seem attached. They're not really valuable, far as I can tell. Look at this one, it's a bracelet of oak heartwood which has been smoothed, varnished, and carved numerous times with symbols and what could be script. But the only silver on this thing is what's been melted and allowed to solidify in the carvings. It's practically worthless.
— Kranell, Black River Trader

These objects are strangely ubiquitous, with every elf after a certain age keeping one on their person at all times. They take a variety of forms, but are usually made from something which can be carved or adorned in some permanent fashion. Commonly this would be some sort of wood or stone, but objects of metal or even porcelain have been discovered to exist. The materials often seem to be what the bearer is most familiar with working, and finds the most personal connection to. The shapes also seem to be chosen by the bearer, something they can connect with while still being readily portable.

The talismans are crafted by each elf upon reaching adult status in the culture, and this tradition stretches back to long before the Fall. The style has changed throughout the eras of elven culture, with some truly ancient examples bearing multiple inscriptions of different types. The elf chooses a particular virtue among the four cardinal virtues, and begins with a symbol of that virtue which resonates with them. As life continues, the owner will add decorations, flourishes, and extensions as they see fit. If a talisman is lost or stolen, it is expected to be retrieved or replaced as soon as possible. Replacement talismans often differ considerably from the originals, owing to the significant change which happened in the owner's life.

While each owner creates their own in a fashion which resonates with them, there have been periods in elven history where similar materials and styles were popular to choose. For instance, talismans made during the time of the Samerlane were often made from crystalline objects and used blue pigments to highlight the inscriptions. Those who survived the Fall chose to create talismans where fire was used in their creation in some fashion, to represent the event. Recent years have seen a rise in the use of black inks or chips of obsidian used as decorative elements, with widely varying reasons being given.

Being an intensely personal endeavor, it is rare for an elf to fully explain the form and style of their talismans to outsiders. Even other elves who are close friends of the owner are often only given a vague explanation about a talisman, especially after significant periods of time apart. The least anyone receives is an explanation of what virtue was chosen, but the most outsiders often receive is an explanation of 'why'.

Empathy: Often these talismans show complicated evolutions which mimic the chaotic progression emotions can take. The form of such talismans are often circular in some fashion, either in the inscriptions or physical shape. Talismans of empathy are often decorated with various different colors and materials, changing from one to another in a pattern only the owner may understand. Viewing a talisman of empathy can feel like a journey which changes many times, yet still returns to the familiar ground.
Creativity: Elves wishing to express the virtue of creativity pick forms and materials which are difficult to work with, or take exceptional effort to create. The evolution of the talisman's depiction will often sprawl quickly over the surface of the talisman, but the owner will leave empty spaces to return to later with more decorative elements. Thus talismans of creativity are often seen as an expression of finding the boundaries and working within them as best as can be done.
Dignity: Those talismans which are chosen to embody dignity are often crafted in a form which is aesthetically pleasing, using materials which are often considered important to the family of the creator rather than the creator themselves. The idea is to express one's own idea of dignity within the boundaries established by others, and as such the designs often start from the outside and work inward rather than from the center and working outward.

Diligence: Talismans of diligence are created with materials and methods which take a good deal of time to be properly made. Similarly, the evolution of the design is carried out in a fashion which slowly expands outwards. This is achieved by utilizing as much of the space around the central focus as possible before moving on, which generates incredibly intricate and dense designs. Truly impressive examples of these talismans are small and yet no less intricate than expected.

It is a serious thing for a talisman to be damaged in an accident, but it is far more significant for a talisman to receive damage intentionally. Such things were once considered "unthinkable", since a talisman was an extension of the owner's spirit. However, when rivals would allow their troubles to fester into outright hostility this might happen in the midst of a heated argument or in retribution for a serious insult. In these cases, it is usually passed to a higher authority to determine what recompense is owed, and what punishment is deemed appropriate. Almost always a defaced talisman is destroyed and a new talisman is created to replace it, bearing some signs of changes to the owner's temperament. However, the willful destruction of a talisman was a taboo considered to be akin to murder. Events with such happening were rare, and many remain unrecorded at this time, up until the Fall. During the Fall, any of the rebellious elves storming the city had their talismans destroyed and the pieces disposed of through powerful magic.


Talismans of the Dead

As talismans are intensely personal, a window into the spirit of those who create them, elves see it as a sacred charge to ensure the talismans of those who die are kept intact. As elves are often not interred in the same fashion as humans, the talismans receive a different type of honor. Most homes belonging to noble families have a vault where the talismans of the dead are kept. The exact method varies from house to house, but there are numerous ways for them to be kept. A few examples include:
Those who cannot set aside a chamber for this purpose instead will find other ways of honoring the talismans of their dead, most often to use a vessel which can be unsealed and resealed to store them. Rarely are talismans of the dead destroyed, as it is considered taboo except in cases where it is known this is desired by the owner. These cases are still viewed as "oddly deviant", and it is believed to be the sign of someone who had a troubled spirit in life.

I've met a few dour elves in my time, but him? He was also frightening to behold, just the look in his eyes was enough for me. He said no more than a dozen words, at most, asking about that Kranell fellow who set up shop down by the river. I don't envy the merchant who has to deal with that one.
— Guard Captain Saul Angelo

Elves which have perished outside the reach of elven borders often do not have their talismans readily available, or they are stolen by their killers. In keeping with how seriously elven culture views the meaning of a talisman, there is an order devoted to seeking out the talismans of those who could not have their talismans returned to the family normally. The Retrievers are given the results of divination magic telling where the deceased met their end, if their talisman had been destroyed, and what the talisman's appearance was. Armed with this knowledge and able to call on aid from other elves who believe in the sanctity of talismans, the Retrievers are told not to return until the talisman is found. This task may take anywhere from a few months to decades, or even never to be completed at all. It should be noted Retrievers take their tasks very seriously, and rarely spend time doing anything for themselves. Becoming a Retriever is a voluntary act, and is a sign of how fierce the belief in talismans' importance is to elven culture.
Item type
Jewelry / Valuable 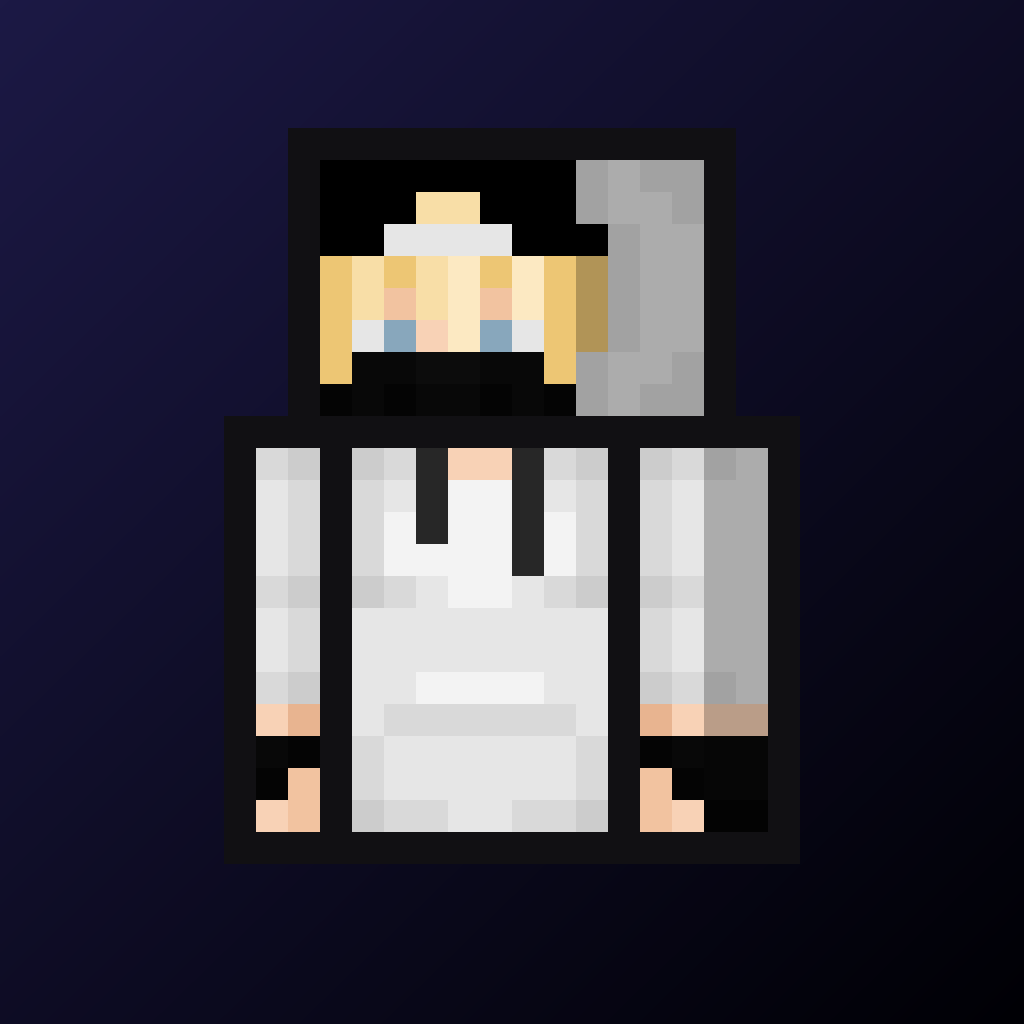 The whole goal comes from something both older versions of D&D and newer versions incorporate: the idea people keep weird things which have a meaning only for themselves. There's random tables devoted to that sort of thing across multiple books these days, to just... pocket clutter. So then I thought "what if it's more complicated than that?"... after all, how many things do we keep around today which don't have a special meaning or a value to total strangers? From there, it became an idea of something one of the non-human cultures would find important to them, something small and simple yet omnipresent through their culture.   Much like how my articles for Erisdaire start, this began as two sentences on an index card. ("Elves keep a talisman on them which holds a personal meaning to them. This talisman is supposed to embody the virtues of elven culture, and takes many different forms.") It got longer as I started thinking on things, consulted other stuff I'd written across articles ("The Will of the Seasons" gave me the general idea of what those virtues were and what they meant to elves.)   Then it continues, with me asking questions and answering them one by one until I feel I have enough raw answers to work with. "What are they made from?" "How are they made?" "When they die, what happens to them?"

Amazing article detailing such a personal thing. Worthless to the outside world, maybe, but unique for the person holding it.

Neat article on a personal item of individual significance. Good details on whats and why. Great flavor for the little things in the world.

The trick is going to be keeping this up for the other "player character options". :)