The Kresh, also known as Kreshians, are fair skinned people native to the Northern Peninsula. Originating from the area near Cressus, they have since spread out over the peninsula, settling along the coast. The Kresh can be found in southern lands as well, although in smaller numbers.

Most of the Kresh speak a shared tongue, although Cressian and Shemitish dialects do vary somewhat. The difference is not so drastic that a speaker of one dialect cannot understand the speaker of another, but some care must be taken in interpreting certain tones and inflections for unique meanings.

Because the Kresh migrated across the peninsula and created independent settlements isolated from each other centuries ago, they now share very little in the way of customs and values. If one thing were to tie them together, it would be the value of coin over all else. No matter where the Kresh have spread to, greed seems to conquer all other concerns when it comes to the governing of their societies.

It is generally accepted that any verbal agreement - especially one involving trade - is considered binding. Even though greed and corruption may run rampant in most Kreshian societies, the giving of one's word is still held in high regard. An invitation into ones home is considered a guarantee of safety, and the serving of food and drink to a guest is considered customary. To break one's word, or to fail in basic expectations of hospitality, are considered grievous offences. Also, while men may treat another ethnicity, women, and other Kreshian men of lower social station as being below them, two Kreshian men of equal social status are expected to treat each other with a degree of respect.

While the poor among the Kresh - which is most of them - have little in the way of means for extravagances such as artwork; they will still endeavor to decorate certain household items. Pottery, tools, and even the walls of their homes are often decorated with carved or painted figures and patterns. Those who can afford it also will lavish their homes with intricate textile goods such as rugs and tapestries; and also gild parts of architecture with metals such as bronze, brass, or - more rarely - gold. 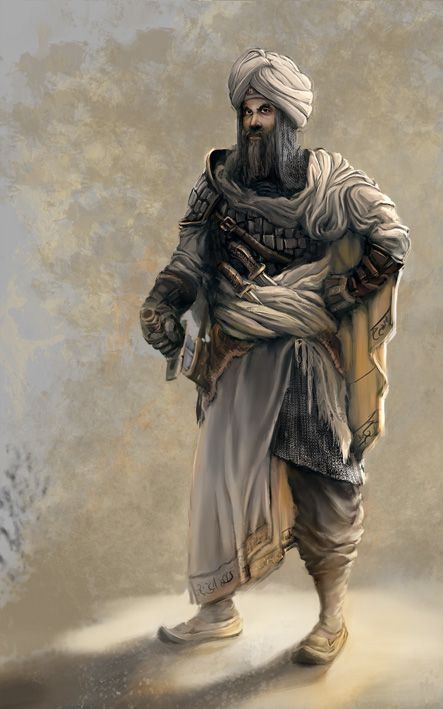