The humans of Erimos compose the majority of the sapient peoples of the world. They are masters of powerful city-states and sprawling empires. Ethnic groups range from the dark-skinned and stocky Hashodens to the lithe and light olive toned Taerwyn and the fair-skinned Kresh. Although humanity dominates much of the land, they still struggle for survival among the dangers of the desert wastelands that surround their civilizations. Some, like the nomadic Taerwyn, still thrive outside of the safety of walled cities. Others, used to the comforts of city life, would perish in days in the wild.

Human settlements and civilizations are widespread and varied in Erimos. The largest single civilization is the Hashoden Empire. In the Northern Peninsula, there are several powerful city-states such as Shem and Cressus. The south is dominated by the caliphates of the Gemstone coast.

Humanity is on the cusp of moving from a bronze-age to an iron-age civilization. Many weapons and tools are still made of bronze, but less delicate inventions such as chains, hammers, and other tools are being crafted of iron. Steel is still exceedingly rare, and a steel sword would be a treasure prized by any Sultan or merchant prince.

Hashoden is a very common language throughout Erimos, although many in the The Northern Peninsula speak Cressian. The Taerwyn have their own language, but many are familiar with Hashoden. In the south, there are several different dialects spoken.

As the first people on Erimos to develop the written word, they have been around as long as the recorded history of the land. Roaming tribes settled in areas with abundant resources, domesticated animals, and over time developed thriving cites and nations.

While views on other sapient peoples can vary, most of humanity view other species as lesser peoples. Orcs are considered brutal and primitive. Elves are likewise viewed with suspicion and as a primitive people, although much less is known about these elusive and insular people. 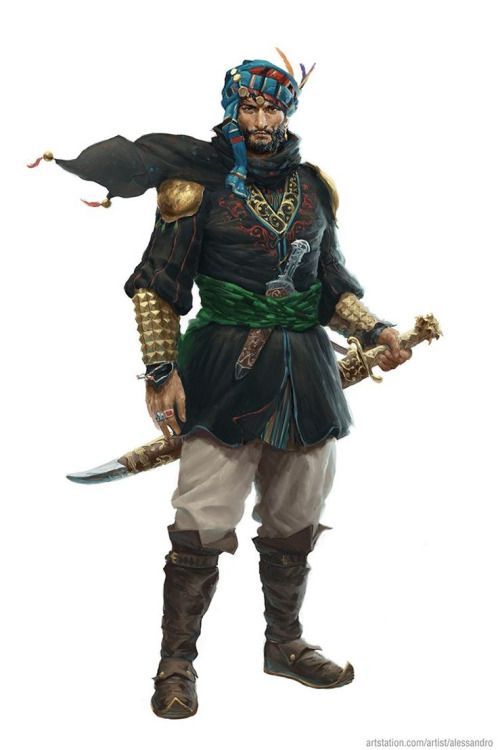 Human Characters in The Burning Sands

Brego was born of the nomadic Taerwyn tribes of the Great Sand Sea. He was captured by Cressian slave traders as a youth and spent most of his life in servitude.

Aparasham Alasham, better known as Apa, is a blacksmith living in Khala until a run in with a mysterious Taerwyn nomad changes the direction of his life.

The Taerwyn are a group of nomads loosely organized into tribes. They roam The Great Sand Sea southeast of The Northern Peninsula.