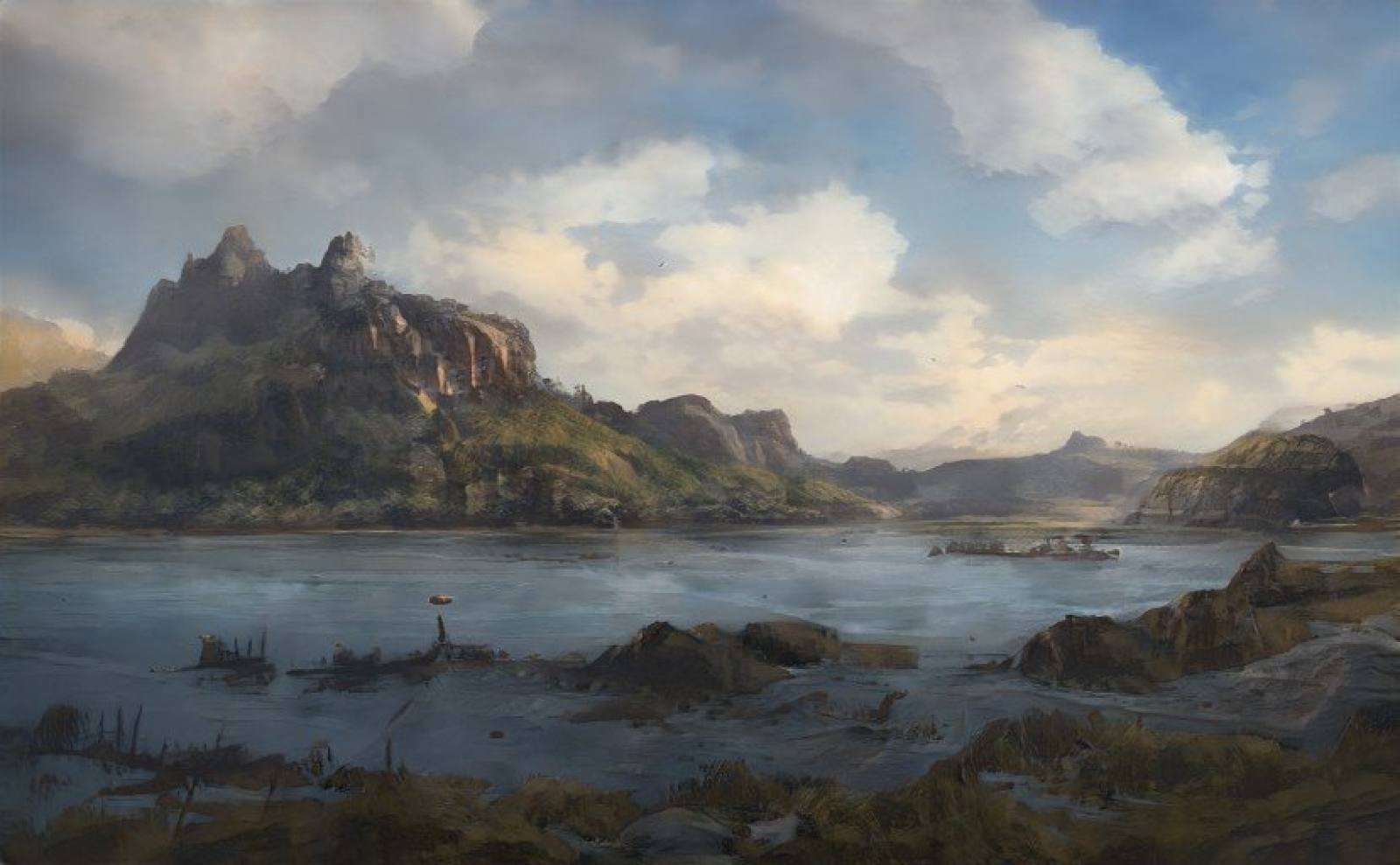 Rising from the light's deathbed, salvation lies in emerald. Plagues without end, repelled by water. Mankind’s fate will be to die, lest to emerald they fly
— Zalena Selentaar - Grand Sage of the Xin'ari

Long before the Gods had risen the western continent of Velruun, there was one whose body and soul resonated with their light. Born during the presence of the second moon Elena, there was little it seemed beyond her ability and knowledge. Fate would dictate its whims to her, and she would be its mouthpiece - until the day of her Ascendancy and the departure of mankind from the eastern land of Kin'ari

The Life of the Grand Sage

Born among the Xin'ari peoples into the house of Selentaar the all-seeing Zalena was not long just an ordinary child. No sooner did she learn to speak than did her house elevate her - harkening to her every word. It was though she knew the minds of all the gods and goddesses and could see their grand design. Not an action was taken by her house without first asking the young Zalena Selentaar if she foresaw its success. Her visions and insight gave her and her house great power and brought them great success. Thus, was she noticed by the Emperor of the Xin’ari people and anointed as the Grand Sage.

Death of land and Death of Gods

For two decades she guided the people, through drought and through famine. Each year the crisis became more narrowly averted. As the years passed, she began to see, life in the east would soon no longer be sustainable. She went high into the mountains, climbing to the peak of Mount Mal'esh, home of the Gods themselves. There she meditated for 12 days and nights, only sustained by the strength of her spirit.

On the thirteenth morning, Fate itself appeared in her mind - wrapped in silver and black - locking Zalena in a trance. It showed her Kin'ari shriveled and blackened - the bones of its inhabitants long turned to dust. Zalena cried at the cruelty her people were doomed to. She begged and pleaded with Fate to spare them from this fate but was denied. "Tis not by my hand that the sky continues its march - I only set it on its path and watch - every action leads to its own end I merely know where they start."

Zalena watched Fate and asked the question that clawed at her most. "Then where starts the salvation of this land, of its people?"

"This land is doomed, its fate is sealed, but its people - its people may yet be saved. But for the many to thrive, all gods must die."

Zalena awakened from trance trembling. Surely, they could not kill the Gods, after all - she and her people were but mortals. How then could her people be saved? More importantly - even if they were saved - how could they live in a land that was dead. She looked up from her hands and saw Cier standing before her. She fell upon her face and entreated the goddess, begging for the mercy of her wisdom, telling her of the plight.

"Fate knows as well as I that what is eternal may never die. But for the children that we have born, seems we must shed our worldly form." Cier raised her hands and her godly companions appeared around her. They each touched Zalena and images filled her head, images of a great ship, that crossed the sky itself. Looking between them, she nodded and left their presence to tell her people of the path.

The next twenty years her people toiled relentlessly. Every spare resource was poured into the creation of a giant arkship. A strange creation made seemingly to the gods specifications. They assembled it board by board - carving runes and sigils along its body and masts. The night before its completion the Gods once again appeared before Zalena. They told her they were making for their children a new home, one that could only be found by following the sun to its final resting place. When they arrived, they would find a verdant paradise - but soon after the gods would leave them, and a final price would be paid.

The Xin'ari people set aboard the arkship with all those they could carry. They brought livestock and plants and provisions for several months journey. They set off into the sky and followed the setting sun, westward to their new home. But months it would not be, they sailed the skies for years, seeing nothing but the clouds. They searched and searched but did not find the emerald lands that Zalena had scried. Finally, when hope was all but lost, the ship began sinking lower. They feared it would crash until they saw the emerald shores of Velruun in the distance. The ship descended further, and gently landed in the water, sliding up to shore. The people began to disembark.

Checking to ensure that what scarce little they had left was brought off the arkship Zalena went to disembark but was startled by a large gust of wind. Turning around looking back to the ship from the gang plank she saw the Gods assembled.

"There is still work we must do for you, our children" They proclaimed. "But first, the final price must be paid. Ever long has your soul resonated with ours - and before we can depart, that link must be severed."

Zalena nodded in understanding as a young boy, clad in gray and red walked up to her. He placed his hand on her and she disintegrated her spirit ascending into the sky in a glorious beam of light. A new star appeared in the heavens, and Zalena was no more.

Reach of the Myth

Among the people of the eastern shores of Velruun - the knowledge of the Grand Sage Zalena and her foretelling of the death of both the Gods and the ancestral homeland of man Kin'ari - is widespread. They consider themselves the descendants of those people that came to Velruun on the arkship. As you travel further westward to the lands of Gaelerad - opinions change quite significantly. They believe that Velruun is the only land that mankind has ever been upon. They believe that Zalena existed - and conveyed Fates words of warning to the Gods - but all of it happened on Velruun. They think the tales of famine and drought claiming a far-off land were merely introduced as the Hyran Desert increasingly dominated the central plains of Velruun by doomsayers warning of an eventual end time.

Answering: "a myth or fairytale about a prophecy, oracle, fortune-telling or other revelation"
Visit MLHammond's Competition Page Check all other answers to this prompt Competition Homepage