In lands deemed forsaken by most races the Ursus thrive. Deep in high mountain ranges looking over vast, dense forests, atop crags with the floes of the sea whipping below and on the edges of the world where icy winds freeze an arctic tundra is where an Ursus feels alive. It is here that an Ursus is free to live the quiet life they prefer; a typical day would incorporate gathering, hunting and tending to the natural world. Outsiders familiar with Ursus know they are a peaceful and helpful race as long as you mind your manners.
Ursus have a reputation for showing kindness, and a willingness to be patient as wisdom will guide their hand. Because of this, Ursus are often described as nomadic healers and are actively sought for medical help. However, their gentle nature can quickly change into a seething rage when provoked. When pressed with no other alternative or in times of great danger, an Ursus becomes a rampaging beast drawing on their primal instinct.

An Ursus combines the features of a humanoid with a bear. Large in stature with thick fur hides covering a massive build, Ursus have large canine teeth and powerful jaws. Their fur color and size profile is often dictated by their subrace and habitat which can be found in the racial traits below.

An Ursus reaches adulthood at age 20. A coming of age ritual where the young Ursus will attempt to prove to their clan they are ready for adulthood. Regardless of when they reach the "age of adulthood" if they do not succeed in proving their maturity to the clan will look upon them as a child.

Ursus tend to gravitate towards harsh climates away from natural civilization. Many Ursus wander the world nomadically, curious about the state of the world and how they fit. Because of their travels, it is not uncommon for an Ursus to mix both his homeland traditions with the new traditions learned from differing cultures.

Masterful hunters and foragers. An Ursus tends to eat a large amount of meat cooked plainly. They do indulge a sweet tooth and have been known to travel inland buying out general stores of chocolates, honey, and candies.

Ursus do not mate for life or follow any forms of marriage. If a child is born, the parents will proudly remain together and raise their young until they are of age. After the child has proven to be mature, the couple will usually split and began courting other available mates in the clan.

Ursus tend not to worship deities, though they do show respect for other beliefs. Mostly, they show reverence for traditions and taboos that are passed down from their home clan. An Ursus is more likely to build a home instead of a temple as they feel no need to worship, and a home is more practical. 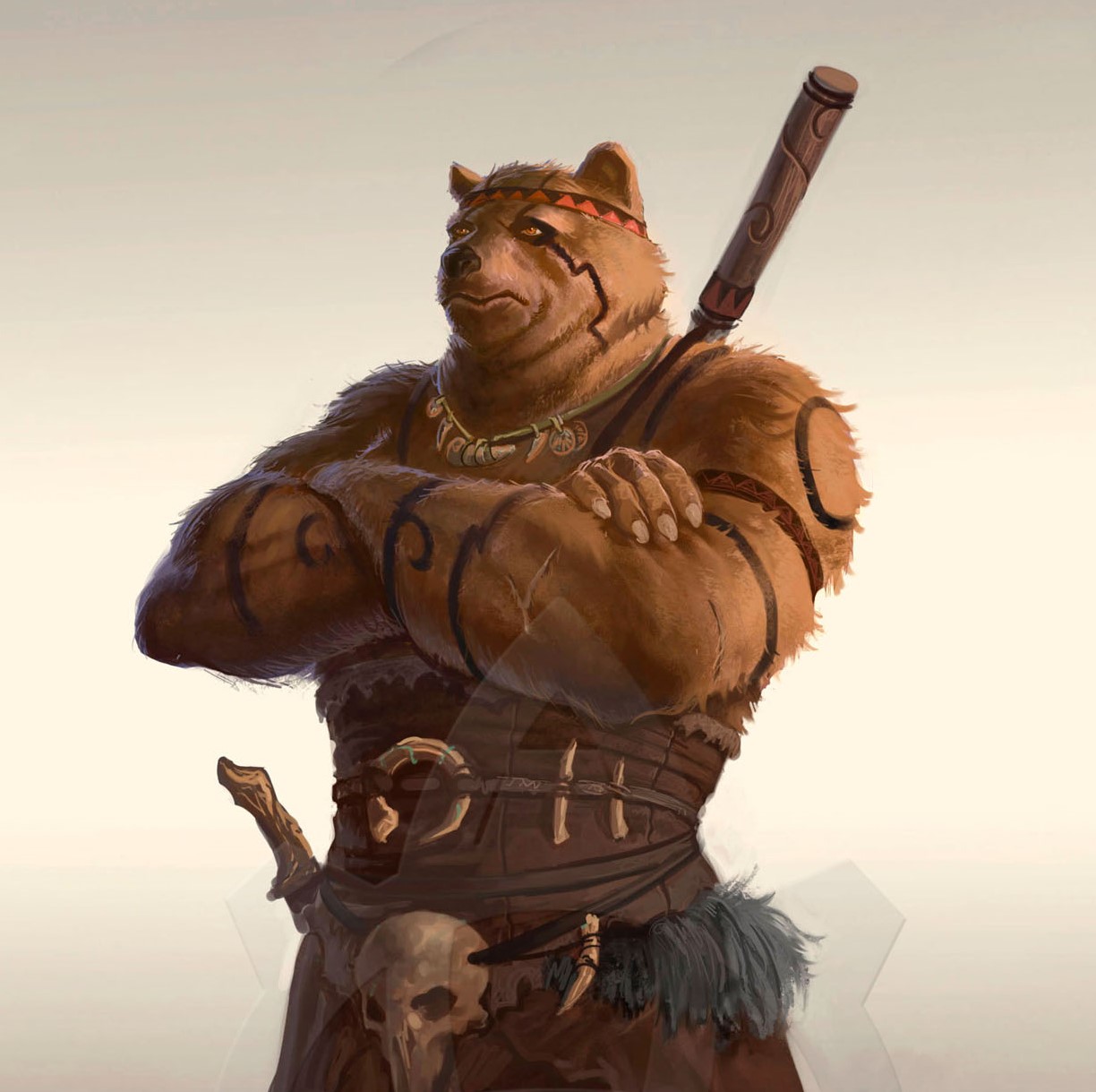 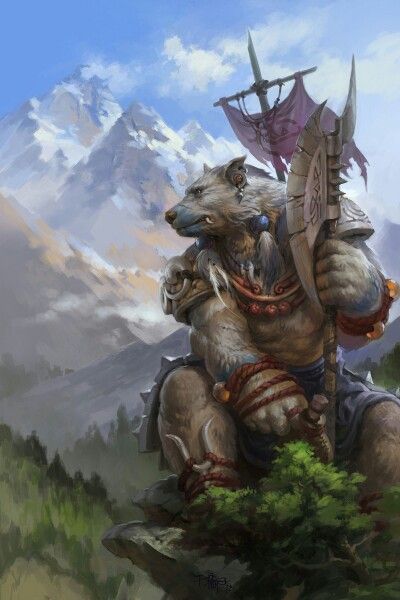 Your Ursus character has a variety of natural abilities common with your ancestry. You will also pick one of the available sub races below. Ursus 5E Racial Traits

Your powerful bite is a natural weapon, which you can use to make an unarmed strike. When you hit, the target takes piercing damage equal to 1d6 + your Strength modifier.

You have superior vision in dark and dim conditions. You can see in dim light within 60 feet of you as if it were bright light, and in darkness as if it were dim light. You can’t discern color in darkness, only shades of gray.

You count as one size larger when determining your carrying capacity and the weight you can push, drag, or lift.

When roused to anger you are a terrifying beast. After succeeding on a melee attack roll, you may use this trait to add an extra 2d6 damage to the melee attack. Ursus fury cannot be used again until after a short rest.

Ursus are divided into three main subraces: Arctos, Maritumus and Ursinae. Choose one of the subraces presented below.

Arctos are the most aggressive of the Ursus subraces inhabiting the high mountains and rocky hills of Erenel. Closer to civilizations, Arctos deal with the pressure of being attacked by bandits, vicious beasts and those who wish to claim their lands. Their fur tends to be a light brown and grows shaggier than the other sub-races.

You gain proficiency in two martial weapons of your choice.

Most Maritumus live in the cold tundra and polar ice floes adapting as needed to this challenging land. To adapt, they have a thick layer of body fat and a double layered coat, marking them as the heaviest of the subraces. Their fur tends to be white and grey, necessary for the environment they call home.

You have resistance to cold damage.

Tree-dwelling Ursinae are smaller in stature rarely standing more than 6 feet tall. Their fur tends to be a darker brown to black and are traditionally gentler than their cousins. Ursinae are known craftsmen and will build elaborate houses among magnificent trees and mountaintops.

You have a climb speed of 20 ft, and advantage on Athletics checks to climb.

You gain proficiency with an artisan’s tool of your choice.
Sanguis
Races
Aves