The Bandit Lands, located in the southern province of the Tonarian Grasslands, is the most chaotic and uncontrolled domain in the Krovian Empire. Most outsiders think of the people from the Bandit Lands as marauding raiders and pillagers who ride across Tonarian taking whatever they can by banditry. However, it is obvious that the thousands of people who live in the Bandit Lord's domain could not survive in such a manner alone.   While there are raiders aplenty, there are also thousands who live a semi-nomadic life, travelling with large herds of livestock who forage on poor grazing and over farmed lands. The Bandit Lands have cities, and within them artisans and craftspeople. Others pledge themselves to one of the three Bandit Lords and serve as spies, slaves or become part of the Lords army fighting back the Krovian Empire from retaking their land.   It is generally agreed upon that the might of all three Bandit Lords is required to keep the Krovian Empire at bay. However, this has not stopped the ruling Bandit Lord in attempting to gain an advantage against the others; even knowing that no matter how powerful, one lord could never rule over the entire domain due to its sheer size and chaotic nature. 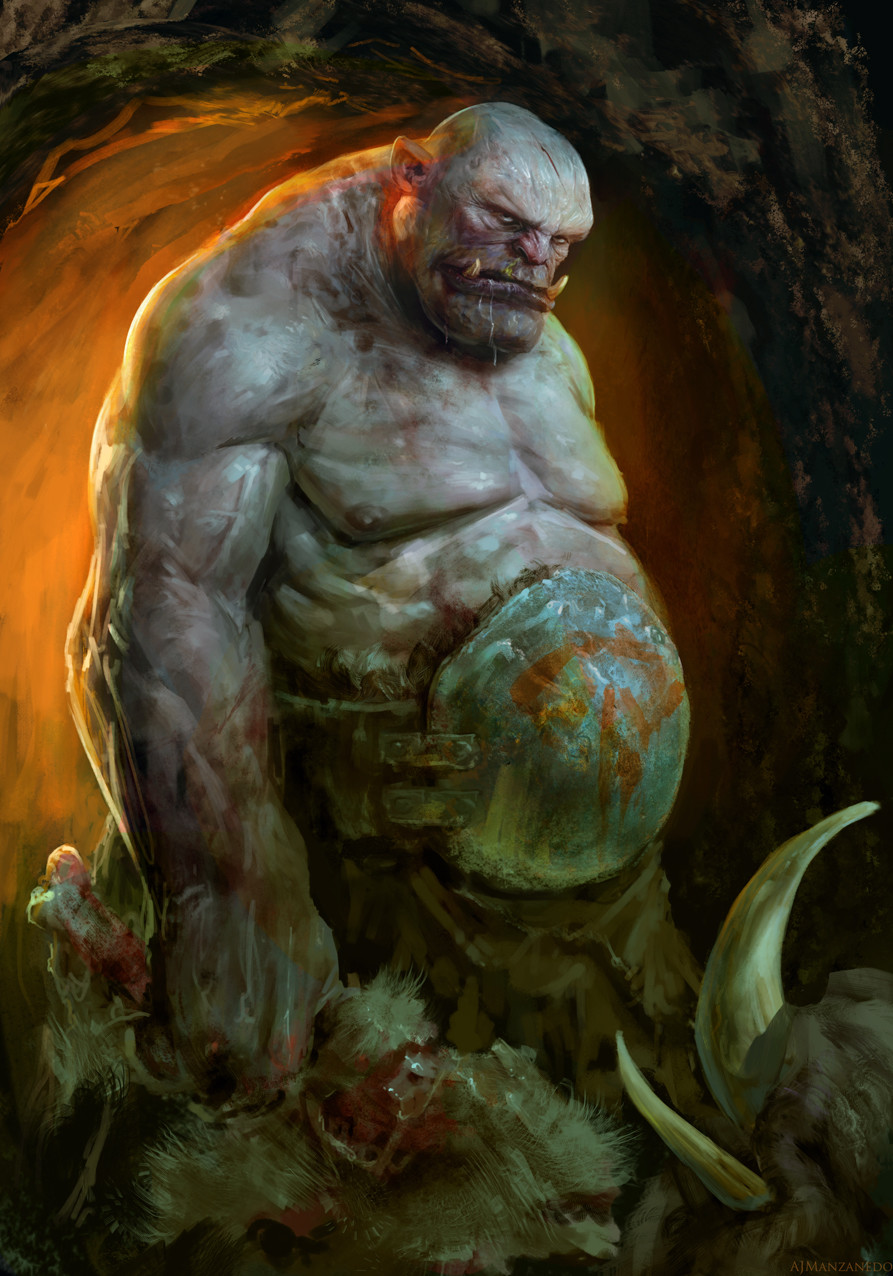 by Luke Starkie
The hill giant Urzen came to power by process of elimination, as in eliminating anyone foolish enough to attempt a challenge. Now in command of his personal Orog bodyguard, which never leaves his side, Urzen enjoys being at the front line when the Krovian Empire attempts to push into the Bandit Lands. 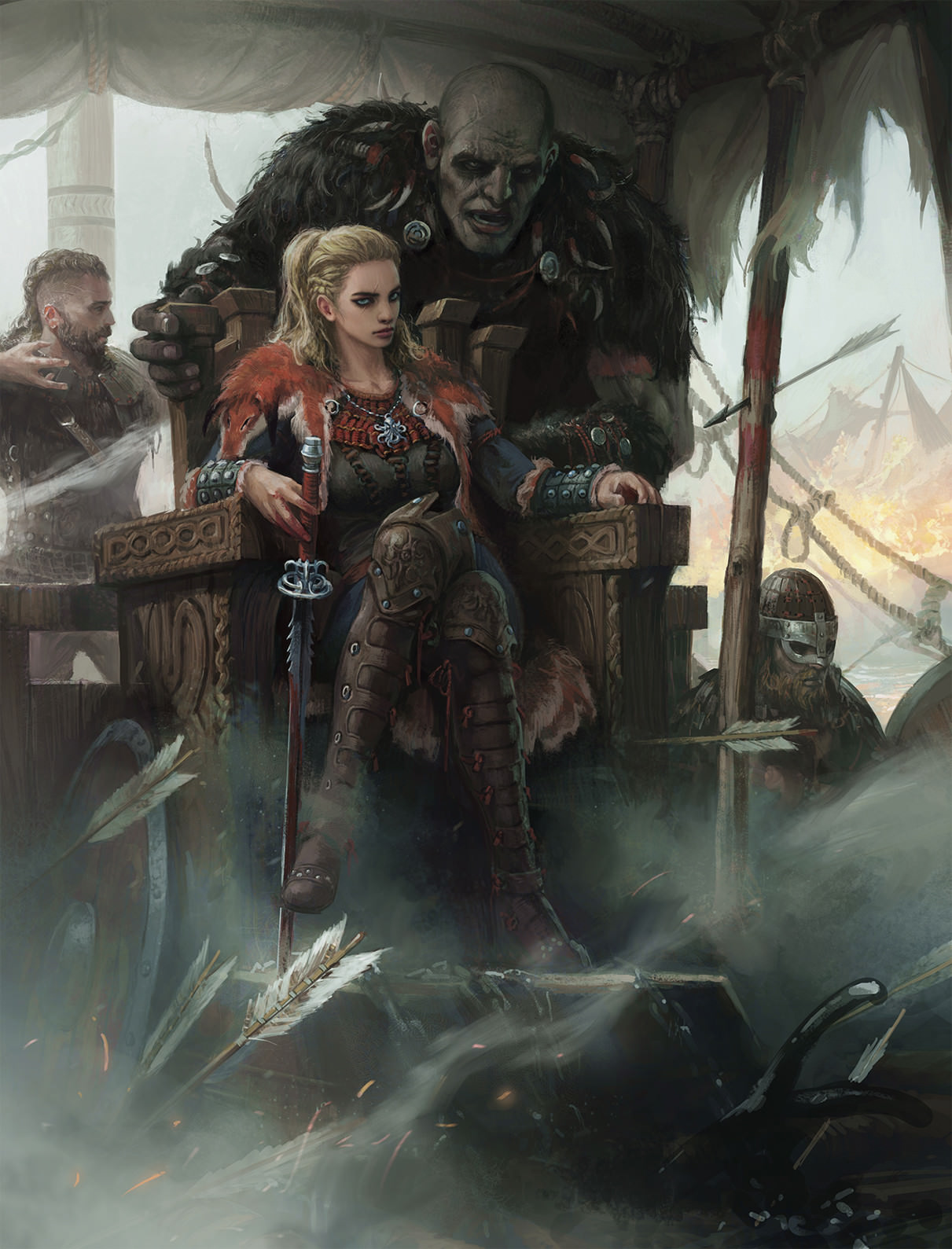 by Aenaluck
Xavendra is a beautiful woman standing a proud 6 feet in height with a slim and lithe build. However, her eyes cannot conceal her coldness and hateful nature. Never without the council of the half giant Ma'kan, Xavendra enjoys the idea of suffering for its own sake as a spectacle and delights in the company of fiends and demons. 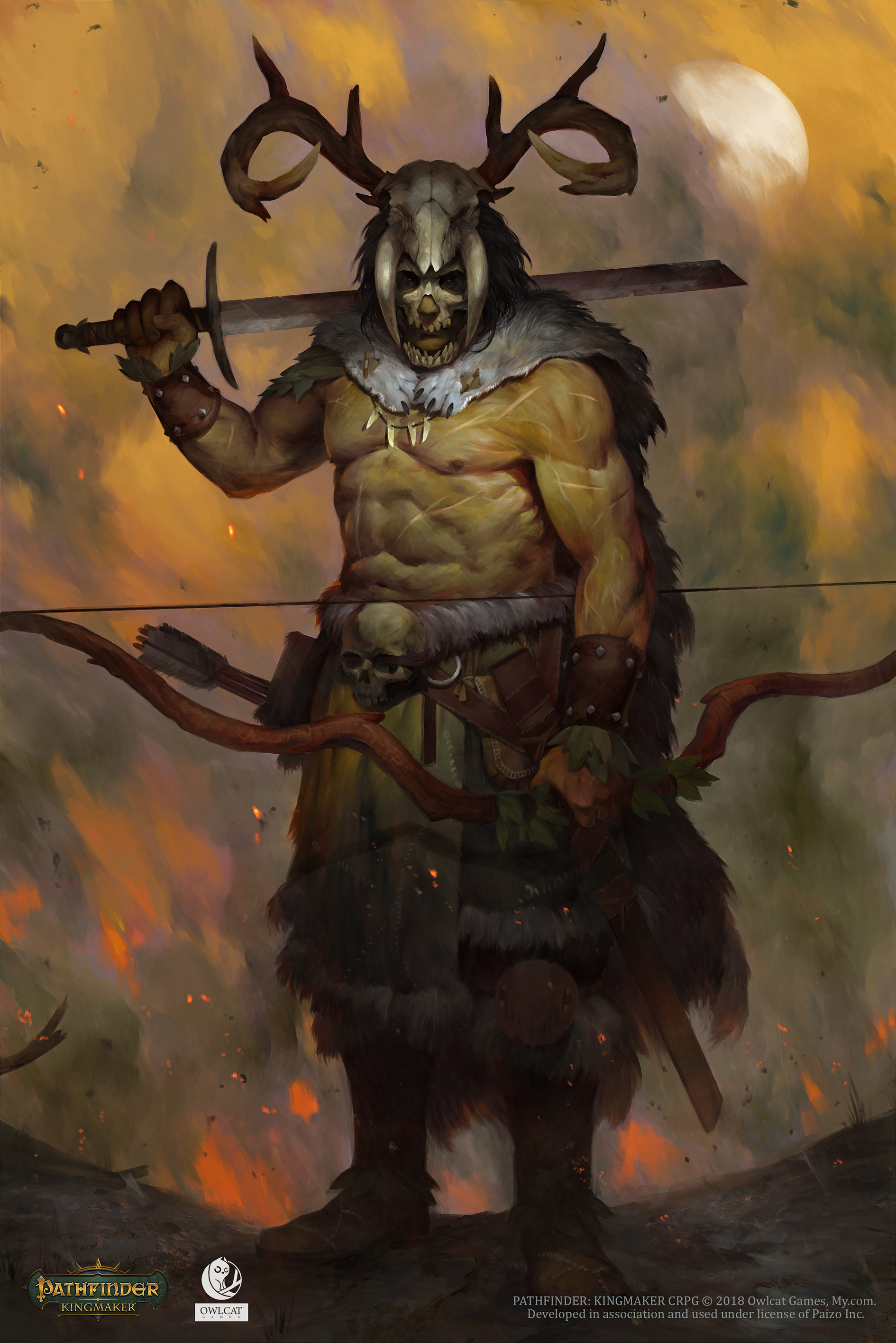 by paizo
Handsome in a gruff, ruffian-life way with thick tousled brown hair, Skannar is an unusual bandit. He drinks wine rather than ale and prefers time to himself to reflect by a woodland stream near his keep. Skannar claims he has never slain an innocent or defenseless man in his life, and he is furious at any man who lifts hand or weapon to strike a child.

This huge, near 200 mile long fissure is over a mile deep in places, with great sheer rock faces and paths which only the most agile can clamber down. The walls of the canyon are sheer and treacherous, honeycombed with warrens and caverns throughout. The landscape is dry, with isolated patches of scrub and a few pitiful trees.   The weather is unpredictable at best. Freak windstorms are a constant threat, as are rockslides and cave-ins. In the winter, bitter frosts can make the already treacherous footing of the canyon passes impassable. In the spring, drifting morning mists leave a damp cloak on the sheer cliffs for a similar effect.   Rift Canyon is populated by many of the former inhabitants of the Bandit Lands and surrounding barrens seeking refuge or facing exile. Food and water is scarce but the Rift is ripe with silver ore for miners crazy enough to delve deep into the heart of the canyon. The bandits have made the best of their situation, managing to survive the hazards of the Rift against all odds. They have devised a complex system of communication, rock markings and plant-stains among other techniques, to mark safe or hazardous passages.   The lowest recesses are still extremely dangerous and relatively unexplored. The caverns near Hallorn are avoided as it is well known several ogre clans den there. At the westernmost edge of the canyon lies the dreaded Wormcrawl Fissure, a place of legendary dark magics where some speculate the priest Avuss, follower of Elturel lived his last days on Erenel. The deeper caverns hold far too common horrors and are best avoided: behirs, carrion-crawlers, cave fishers, giant lizards, and not a few gelatinous cubes have been encountered therein.

This work is licensed under a Creative Commons Attribution-NonCommercial-NoDerivatives 4.0 International License.
The Erenel Fictional Universe is presented under the OGL rules for 5th edition. All artists have been duly credited.If you would like to have your art removed, please contact me immediately.
System Reference Document 5.1 Copyright 2016, Wizards of the Coast, Inc.; Authors Mike Mearls, Jeremy Crawford, Chris Perkins, Rodney Thompson, Peter Lee, James Wyatt, Robert J. Schwalb, Bruce R. Cordell, Chris Sims, and Steve Townshend, based on original material by E. Gary Gygax and Dave Arneson. A special thank you to the many talented people who create the world's greatest role playing game.
Cover image: by lineage 2