Dwelling in the shadows of society with an unending taste for flesh, the monstrous Thrall blur the line between life and death. Often mistaken for mindless ghouls, the Thrall preserve those lost to time, indulging in the forgotten custom of regaining memories by feasting upon the dead.

The sight of a Thrall devouring flesh justifiably leads an observer to characterize the race as nothing but savage monsters. In truth, Thrall are an intelligent, often sophisticated people forced from the world because of what they represent. Choosing to reap from society instead of sow, Thrall rely on the intelligent races for their needs. Food quietly dug from graveyards and dark catacombs to hide in, the Thrall gain solace in the memories they consume, living out life by visions granted from flesh.   Many Thrall model their personality from the dead they feed upon. Unfortunately, try as they might, they are never truly part of society. The ultimate scavenger, Thralls are outsiders, lacking self-awareness, and unable to identify the tragedy of their situation.   When Thrall and other races meet, the results are too often violent. Intelligent races reacting to uncovering a cellar full of dead bodies the Thrall finds delicious parodies the undead. However, some Thrall have built small communities and successfully established peaceful relations with neighboring settlements. Such alliances are purposefully kept at arms length, and it is generally unsafe for a Thrall to casually walk in a humanoid city.

by Niko Boiko
Thrall resemble the humanoid race it shares a bloodline but are monstrous in appearance. Jaws filled with sharp dagger-like teeth and a distorted nasal passage give the Thrall a guttural tone when speaking. The tongue elongates and frequently hangs from the mouth when not in use, as the ears enlargen to a pointed end.   These beastial features are accompanied by a constant hunched over stance, lengthened fingers and toes ending in clawed nails, and exaggerate broad shoulders with patchy yet mangy hair. The stench of decay follows the Thrall like a carrion perfume.

Thrall are unnatural creatures either born from a Thrall parent or becoming a Thrall by the unfortunate infection similar to the lycanthrope curse. Those born from a Thrall parent(s) could become a Thrall later in life, typically when their non-dominate race matures into adulthood. For a human/thrall child, the transition would occur randomly in the late teens. One moment the calm life of a human, tending to the fields as a farmer, only to double over in anguish while the body rips and tears into a horrible visage.   If both parents are Thrall, the child is strangely born as the parent's racial bloodline before their transformation while the Thrall infection lies waiting. Most intelligent races of Erenel view rearing a Thrall as shameful, resulting in children filling orphanages abandoned by their families before the transformation. Parents who willingly bring a Thrall into the world are urged to seek out a healthy family, praying to whoever will listen for the Thrall infection to remain dormant in the hopes the child can live a normal life. Unfortunately, this often results in a graphic scene and violent departure from home.   Becoming a Thrall by infection as an adult is rare. Most cursed in this way meet their fate delving into forbidden Vacuous One texts, misinterpreting void rituals, or coming too close to what lies beyond the stars. The risk intensifies when pursuing insight into the Vacuous One, Tibh'ki, Souls Harrow, and the organic pools of gray and purple filth common with the eldritch being.

Thrall often keep the name given to them before their transformation. At times, a Thrall may become engrossed with the memories of a particular deceased and take their name as a twisted way to continue the dead’s legacy.

Download 300+ PDFS in the Vault! Content Vault
Lifespan
A Thrall begins its transformation around the adulthood age of their previous race. Thrall can live for almost 200 years before their body becomes feeble.
Average Height
4ft - 7 ft
Average Weight
100 - 200 pounds 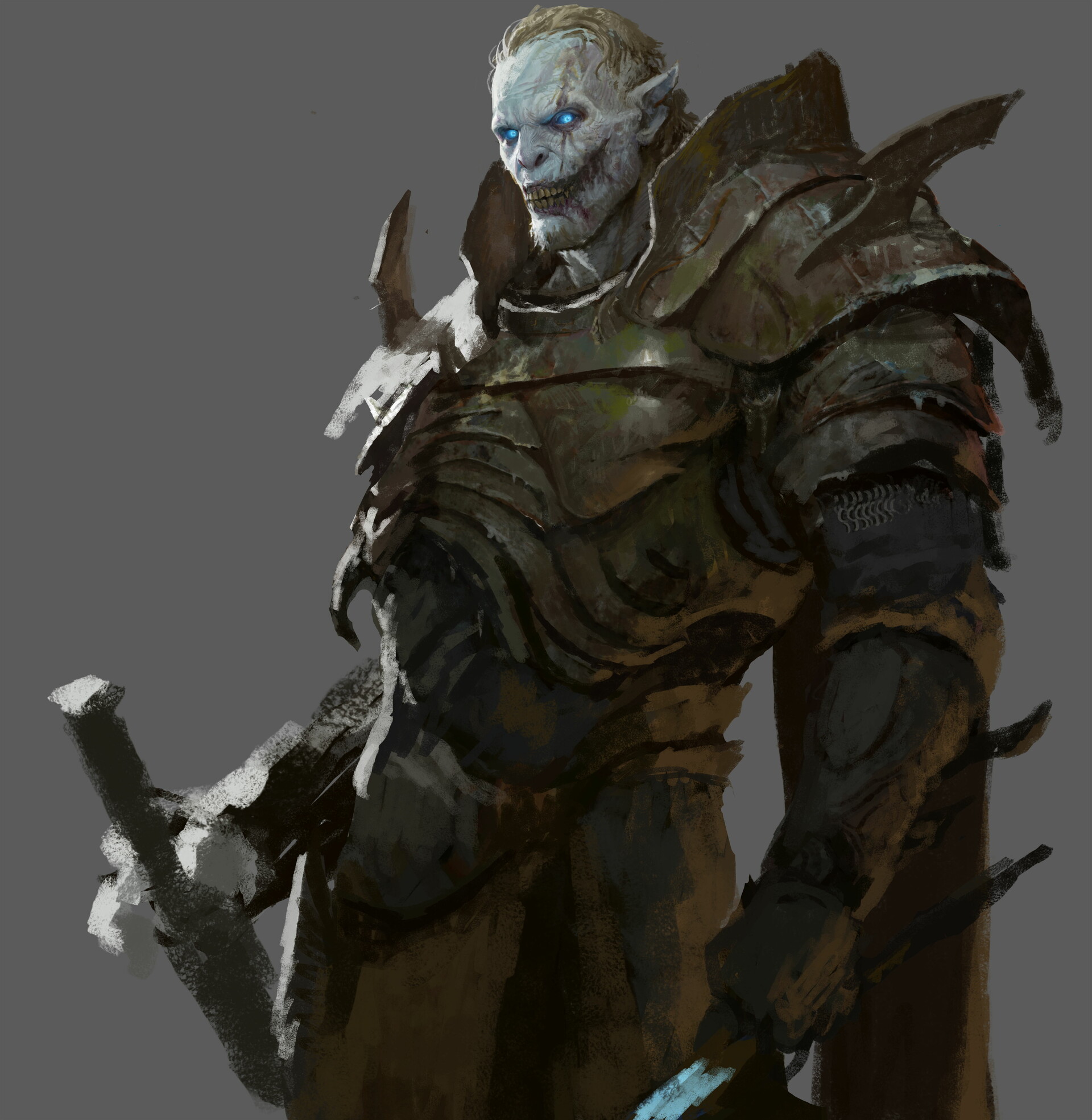 Able to reveal secrets lost by consuming humanoid flesh, Thrall are given a vision after spending 1 minute eating a corpse, as long as the corpse has been dead for 72 hours. Ironically, the more decayed the corpse upon consumption, the more vivid the vision.   The flesh of undead, beasts and nonhumanoids may give a minor vision but lacks the potential of humanoids flesh. All flesh is nourishing for a hungry Thrall.   After having a vision, the Thrall cannot benefit from consuming humanoid flesh for at least 24 hours. If the vision is particularly compelling, this may exceed up to a week before another vision is possible.   Visions are provided at the DM’s discretion and can be a compelling tool for players!

Your Thrall character has a variety of natural abilities common with your ancestry.