Unlike the other species who claim to be offspring of the gods, Tads can assuredly state this truth. It was less than 100 years ago when the giant frogs and toads suddenly stood up, spoke the common tongue and became civilized. Kav'wa, the Bard Prince created the Tads in his image after a lifetime of adventure and now looks over them as a father watches his children.
Thanks to the charismatic nature of Kav'wa, Tads will often leave their homeland at the promise of an adventure; encouraged by older family members to go forth and explore the mysteries of the world. A naturally charming people, most experiences with this relatively new race showcase their ability to build a friendship wherever they travel. Tads smoking from a reed pipe while telling tales of their adventures are a common sight at local taverns next to Tads communities.   Besides swamp and marsh civilizations, Tads can sometimes be found in Elves and Ursus communities due to their connection with wildlife.

Although they stand at a similar height as a Dwarf, the hunched posture and bent knees make them appear shorter. Their hides vary from smooth and shiny to rough and warty. Most are a dark, almost emerald green. Some can be dark brown and tan, and in extremely rare cases are red and blue skinned. Tads are incapable of growing any hair unless by some sort of magic.   Tads have widely spaced and bulbous eyes, generally reflecting with red or amber light. Their powerful legs and webbed feet allow them rapid movement in water.

A Tad's name is chosen at birth by their parents, or by the tribehead if no parents are present. In rare circumstances Kav'wa, the Bard Prince may choose a name. Most names are names of legend from stories or from other racial cultures the Tads have socialized with. The family name follows the chosen name.   Male Names: Bylor, Durn, Finn, Gwur, Marn, Oad, Udden
Female Names: Ala, Bessa, Cyla, Merna, Sally, Tia, Vania
Family Names: Arn, Bassfin, Hailo'er, O'erbend, Serpen, Wellwort

Creator of the Tads, Kav'wa, the Bard Prince, birthed his children in his image after spending generations traveling the known planes. A master of tethering into the bond, the Ancient Toad was able to tether the first Tads by bonding to giant frogs and giant toads, shaping their being and enhancing their intelligence. A relatively new species, the Tads are only beginning to explore the known world at the behest of Kav'wa. 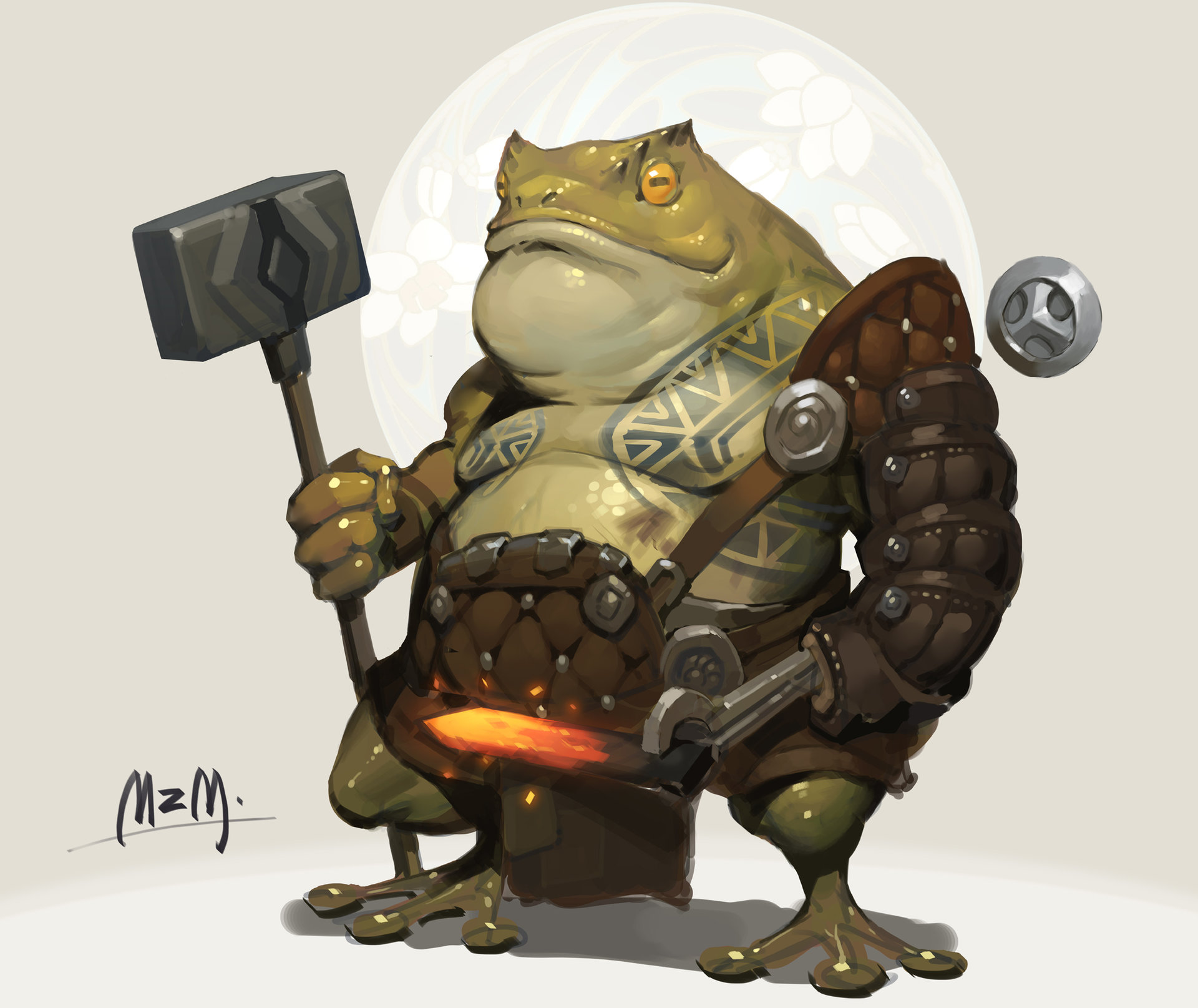 Your Tads character has a variety of natural abilities common with your ancestry.
Tads 5E Racial Traits

You have proficiency in your choice of either the nature or survival skill.

You have a swimming speed of 25 feet, and you can breathe air and water.

Your hit point maximum increases by 1 every time you gain a level.

You can use your tongue to grapple a target within 10 feet of you. You do not provoke an attack of opportunity or incur penalties for not having both hands free when starting a grapple in this manner. Normal rules for grappling apply afterwards.