Caliph is like a song on the wind that passes through the ears of many. Spreading joy, yet never staying in one place until those he influenced started singing it together, giving Caliph his first roots. Even when he left, that song stayed in their hearts forever, changing them. They may not always remember it, but they’ll never forget the sound. We influence those around us in ways we can never imagine. I strive to follow in Caliph’s footsteps.
— Delsaran Elhorn 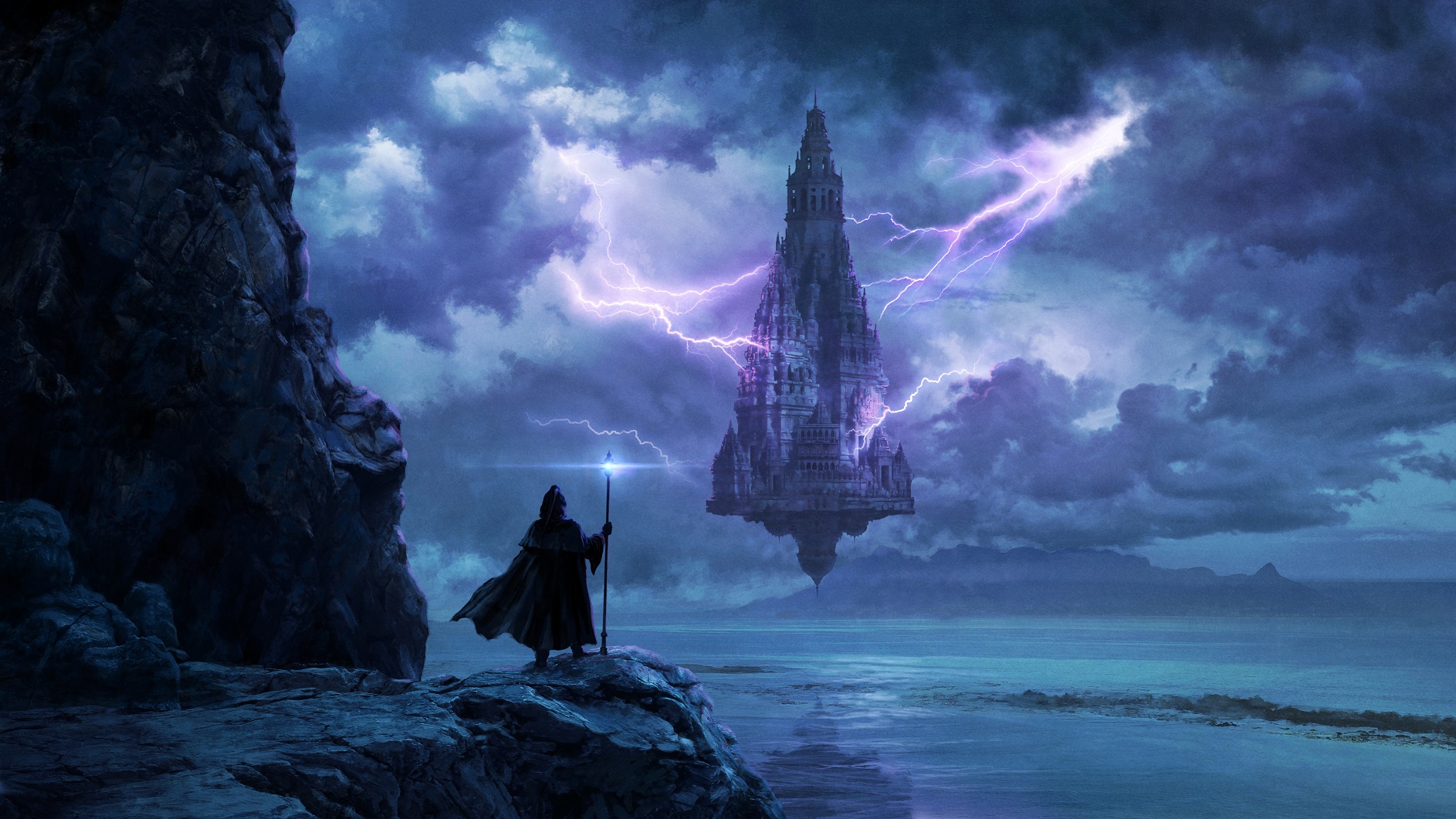 Catch up on The Great Sacrifice: Story of Creation   The Void grows. As time marches on, the stars placed long ago by Al'Madoon, the Architect, flare into radiant light and are consumed. The boundaries corralling Vacuous threats push inward at an ever-increasing rate.   The unmatched force which erupted from the Architect during The Great Sacrifice continues to pour arcane energy into reality, inflating Erenel like a balloon. While there are magical benefits to this, such as spellcasters Tethering the Bond, there is also a downside. The balloon has burst in areas of extensive magic use, including all known planes of existence. These ruptures, known as the Forsuffer, cause the Bond to become chaotic and distorted. Each reality rip brings unknown threats to the landscape and surrounding civilizations. It's as if an Archway Raid has been turned inside out.   Powerful Tethers from the Royal College, School of Vales and other magical institutes, as well as celestial forces from The Above, rush to heal the Bond, terrified of what may come if a rupture is left unattended. As the Forsuffer worsens, Ikaram the Sol and the remaining stars stand vigilant.   However, Erenel astronomers have begun to notice a trend. Strangely the stars flaring into nothingness seem to follow a pattern. Each dying star's radiant light seems to form a path – directly to a landmass east of Ulkadia. This island formation known as the Mistguard Chains is home to the Pinnacle of Creation. Scholars believe it is here Elturel, the Fallen Elf fell into The Below.   Does something come for Elturel? For Erenel?   Not one to stand idle, Luniwyn, the Silver Maiden has stood vigilant against the unending Void since her father's sacrifice. Sensing Erenel’s inevitable devastation, Luniwyn has called heroes from around the world to the sky city Lunasol. The Monolithic Moon city pulled by flying Alagon, Sky Whales welcomes the heroes she has deemed worthy of fighting the never ending war against the Vacuous Ones.

Play Games With Us!

A Chronicle Adventure is now available. This 4-part adventure ran by Grizzly takes place every other Wednesday, beginning this Wednesday, October 6th.

The milestone meter fills you with anticipation. Players in Living Erenel have almost maxed out the meter.

The first World Event of Year 2! If you plan to attend this year's Harvest Festival, sign up using the adventure signup form. World Event includes special prizes, seasonal currency, festival games and more. The Harvest Festival does not Loot Lock.   Hopefully nothing bad happens at the festival....

Players have reached level 3. Level up now or this week before your next game. Living Erenel Sherpas are here to help you in the leveling process!

A malnourished human up in his years walks the paved streets shouting for all to hear. Most turn away and pay him no mind, while others attempt to give him copper, which he refuses. Others try to speak to him, asking questions about his babbling. He refuses to say anything except continuing to repeat his warning – again and again, and again. After 20 minutes pass, the Bernick militia subdues the old man putting him into a prison wagon and riding out of sight.   His words continue to echo in the ears of all who heard his message. Was it true, or is the old man crazy?   "No matter what horrible tales you’ve heard of the dreaded Desolation, the bloodthirsty Nevermore Expanse, or even the Alabaster Dragon Lord of the Southern Wildwood … nothing compares to the horror of the lightless region of the earth under the Crestfallen Mountains. Here, the Pale One, Lord of the Thrall, holds dominion. His dark empire runs right beneath our feet, my friends. That’s right!"   "The entryways to the catacombs of our city is home to the forgotten legion of Thrall! They thirst for our blood! They hunger for our flesh! And while the rose-covered towers of Bernick rise above us, the nobles ignore the rats beneath their feet, leaving us to our fate. The Red Sisters have come to harvest. Flee! Flee while you still can!"

Excavations had continued day and night since the shifting sands unearthed the amalgamation. The Golganthi Hives ability to work tirelessly and their low labor cost was something Mozdrelk had not expected. They were ahead of schedule.   The Beholder Mozdrelk, tyrant of Morg Trigal, had finally come to terms with the Hive’s Queen. Safe removal of the salvaged corpse, presumed by the Golganthi to be a dead god, had been unearthed as the Hive expanded deeper into the Kolossi Plateau. Called Val’chi’kan by the Hive, the enormous corpse could provide answers Mozdrelk's pet Djinn desperately needed. Finding a means of communication would be essential.   As Mozdrelk watched from atop his sedan chair carried by four repurposed Stone Defenders, the large monocle fixated over his central eye hummed with energy. The Beholder blinked in a pattern, seeming to respond to the humming, before barking an order to the constructs. As the Beholder left the scene, a pulsing violet light briefly washed over the unearthed corpse, frightening the Golganthi.   Yet the digging continued. Nothing else mattered to the Queen.
Year 2 Seasons

This work is licensed under a Creative Commons Attribution-NonCommercial-NoDerivatives 4.0 International License.
The Erenel Fictional Universe is presented under the OGL rules for 5th edition. All artists have been duly credited.If you would like to have your art removed, please contact me immediately.
System Reference Document 5.1 Copyright 2016, Wizards of the Coast, Inc.; Authors Mike Mearls, Jeremy Crawford, Chris Perkins, Rodney Thompson, Peter Lee, James Wyatt, Robert J. Schwalb, Bruce R. Cordell, Chris Sims, and Steve Townshend, based on original material by E. Gary Gygax and Dave Arneson. A special thank you to the many talented people who create the world's greatest role playing game.
Cover image: by Jongmin Ahn