Orcs have been present in Erenel since the beginning. In that time, they have found few places to truly call their own, and thus are typically a nomadic race. Orcs are a noble shamanistic people cultivating a mighty tribal society that is centered around survival, regulating themselves through ritualized combat and personal honor.
Many times throughout the Era of the Bonded One (EoBO), orcs clans have fought among themselves, resulting in "Orc Civil War" and is a solidified threat when traveling. The sounds of orc war drums will slow trade routes as merchants attempt to avoid the conflict. To orcs, prowess in battle bestows great personal honor on an individual. This notion of honor permeates every echelon of orc culture, and the loss or gain of honor has an equal consequence to an orcs clan.   An orc may appear quick to anger, but this fury is tempered by the clan's mystics and shamans. Learning to speak with one's ancestors and the elemental spirits is pivotal in providing wisdom to Orc chieftains, who will lead the race in a peaceful direction.

Orcs are tall and muscular humanoids who stand well over 6 feet and a broad 200 to 280 pounds. Their skin usually takes on an earthy tone or shades of gray, with broad jaws, and prominent lower canine teeth. These two lower canine teeth are referred to as tusks and can grow quite large. Ironically, female tusks are typically larger than males.   Orc males and females never cut their long dark hair, as it is a desirable trait when finding potential mates. They use string and other simple accessories to keep their hair from their face when in battle.   Most orcs live in cooler regions of the world due to a naturally high body temperature. While this speaks to a legendary endurance, it also contributes to a lower life expectancy for the race. To fight off the heat, many orcs cover themselves in mud and is where the Human insult "pig-men" is derived.

Among Orcs, any adult who can’t contribute to the clan is expelled. A lone Orc has little chance of Survival, especially an older or weaker one. Orcs have little pity for adults who can’t take care of themselves, though a sick or injured individual is treated, as a result of the Orc concept of fair play.   A permanently injured Orc is still expected to pull his or her weight in the tribe. Typically, such an Orc dies attempting to keep up, or the Orc slips away in the night to seek the cold will of fate.   An Orc would much rather die in battle, at the peak of Strength and skill, than endure the slow decay of old age. Few have ever met an elderly Orc, and even those Orcs who have left their people, grapple with the urge to give up their lives as their physical skill decays. 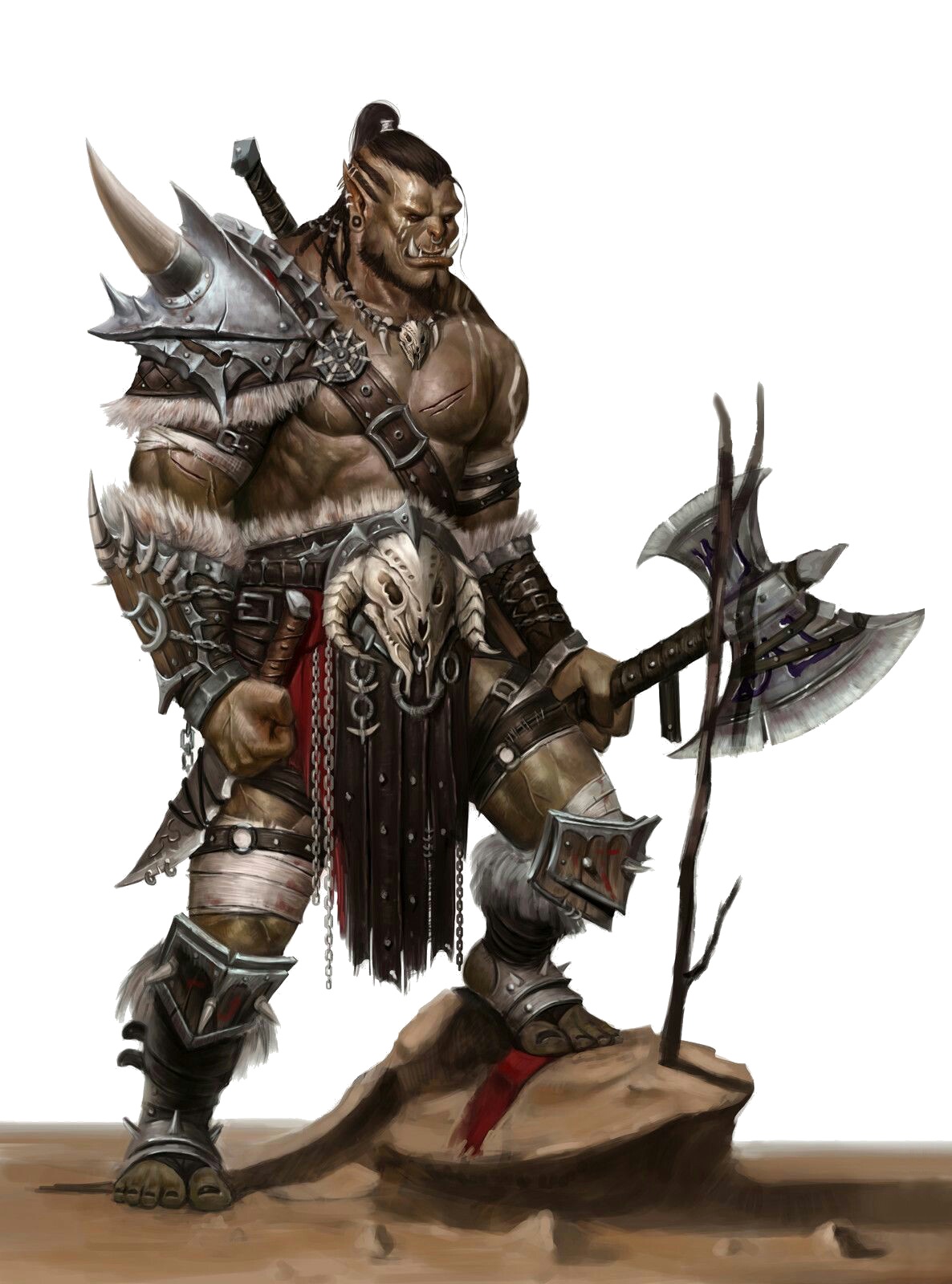 by Wizards of the Coast 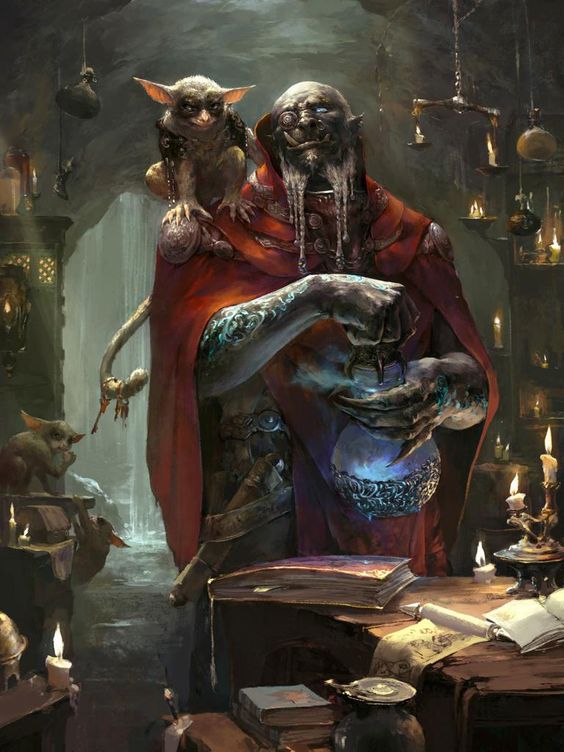 Your Orc character has a variety of natural abilities common with your ancestry. You will also pick one of the available sub races below. Orc 5E Racial Traits

You gain proficiency in the Intimidation skill.

When you are reduced to 0 hit points but not killed outright, you can drop to 1 hit point instead. You can’t use this feature again until you finish a long rest.

Orc are divided into three main subraces: Honor Bound, Ogre Blood, and Mystic. Choose one of the subraces presented below.

To honor bound orcs, prowess in battle bestows great personal worth. This notion of honor pervades every echelon of orcish culture, and the loss or gain of honor has equal consequences to all orcs regardless of their stature in society.

When you move on your turn in combat, you can double your speed until the end of the turn. Once you use this trait, you can't use it again until you move 0 feet on one of your turns.

You have proficiency in one of the following skills of your choice: Animal Handling, Nature, or Survival.

Ogre blood orcs are the much larger kin of orcs. They usually reach well over 7 feet tall but closely resemble orcs in all ways except build: being much stronger and stockier. Ogre blood orcs within an orc tribe quickly rises to leadership positions within their clan.

You can use your Strength modifier instead of your Charisma modifier for all Intimidation checks.

You count as one size larger when determining your carrying capacity and the weight you can push, drag, or lift.

Mystics are mortal mediators between the very elements themselves. Often spiritual guides of their communities, these powerful practitioners commune with the ancestors and seek to balance the raging elemental forces.

You can cast the augury spell, requiring no material components, once per long rest. Wisdom is your spell casting ability for this spell.

You gain proficiency in the Arcana Skill.