The mighty oaks and elms of the Northern Wildwood provide to the many far-flung baronies connected by disused roads and the White Tusk Orcs of the North.   What lies within this deep forest is somewhat of a mystery by the intelligent races, as few dare to travel far into the devouring wilderness. Most inhabitants tend to gravitate towards Shadepoint looking for work in the mines or head East hoping to gain admission into Phaedras and the Krovian Empire.

Located west of the Crestfallen Mountains and Tonarian Grasslands, the vast Northern Wildwood stretches to the Tonarian Ocean Coast. The Evermere river flows through the forest and into the Crestfallen Mountains before reaching the Southern Wildwood.   To the northwest Halakala Morass, the forgotten swamplands reside, hiding ruins of civilizations lost following Al'Madoon's sacrifice. However shelter may be found on the outskirts of Halakala Morass. A secluded poor village of outcasts live in Griag. They say the inhabitants of Griag walk on stilts into the swamp to forage for food.

We can talk. I will speak with you, but words mean nothing without deeds. You wish my aid? You must give something first in return. Not a promise. Not words. Something of power.   -Bloodchief Bonebreaker Grole

Along the northern forest edge you'll encounter the White Tusk Orc tribal village of Ka'Morak, lead by Bonebreaker Grole.   The White Tusk Orc clan are shamanistic people who have named themselves after their hulking warriors, who in addition to powerful bodies possess long white tusks protruding from their lower jaws.

Bloodchief Bonebreaker Grole is a crafty and strategic warrior and wielder of the powerful greataxe Rend. The clan has come to respect both his leadership as well as her might. Known for sophisticated bargaining with the barons who inhabit the Northern Wildwood, Grole is not afraid to take what he believes is his but understands that diplomacy is important in todays world. 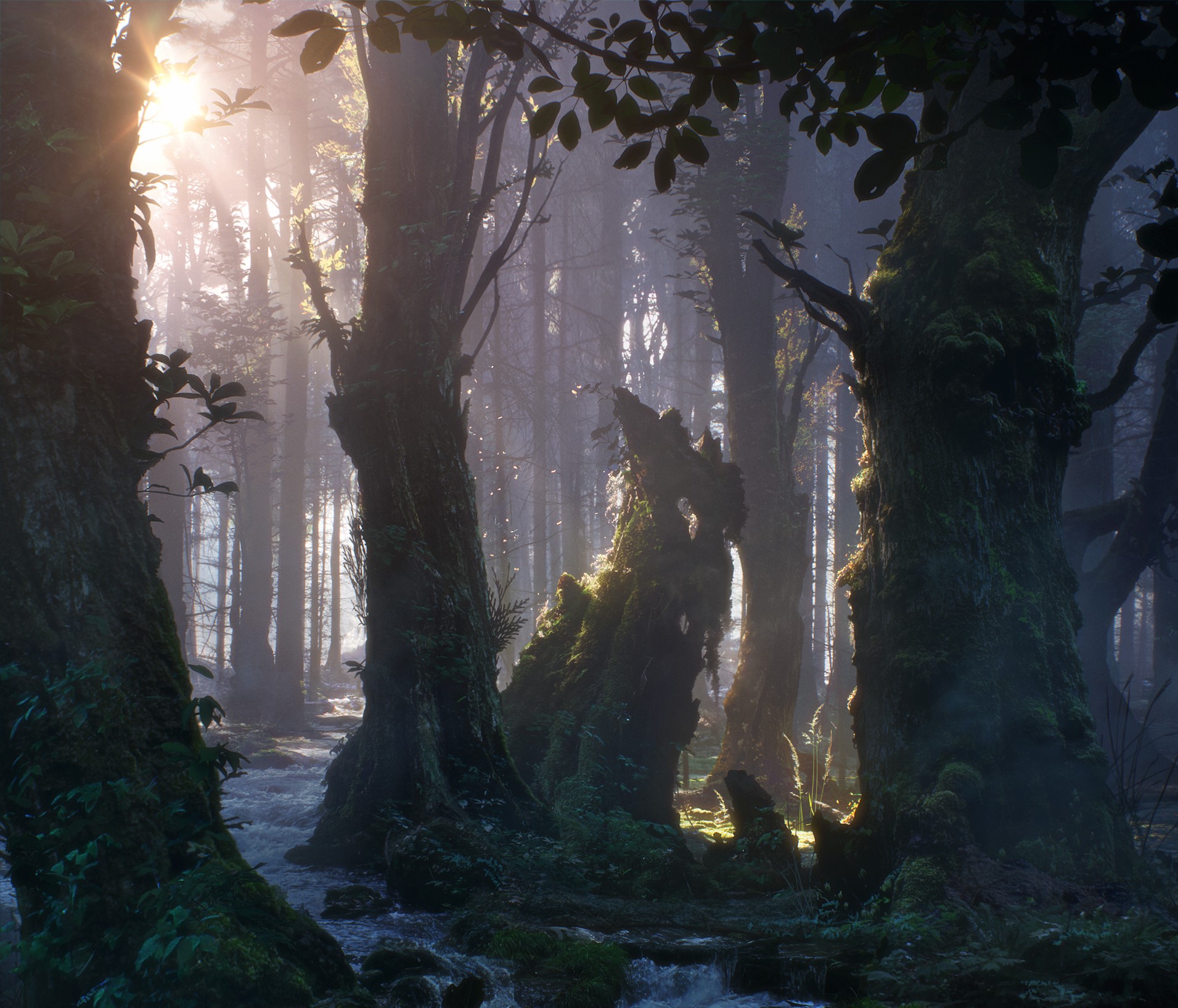 There is always stone to be had, always money to be dug - and always the spectre of a dark lonely death in Shadepoint.

A Dwarven city carved out of living rock, with hundreds of levels, twisting passageways and a system of mine cart crossings leading deep into the Crestfallen Mountains.