Kemor is the largest settlement in the Scabbard Wastes and serves as its culture and commerce center. Built on the edge of the Great Divide Ocean and blessed by cool breezes and rainwater provided by the Djinn Davata, the city of riches is a sight to behold.

The Pharaoh Kazim Sul rules by mandate from the Djinn Davata and serves as an intermediary between the Ahn' Kalin and the mighty Djinn. The Pharaoh represents the Djinn's will through laws passed and policies approved. Kazim Sul appoints several Vizier to serve the capital city Kemor, Voice of the Wasteland, to cement his power. Viziers set by Pharaoh Sul are often relatives or for political positioning with the Scaled Sultans.   Recently, Davata has grown annoyed by Kazim Sul’s inability to overcome the Scaled Sultan threat. Thanks to the political landscape, Davata cannot easily remove his Pharaoh puppet. Still, the brilliant and arrogant Djinn quietly pulls the strings for a usurper to one day overcome the Pharaoh and his Vizier. 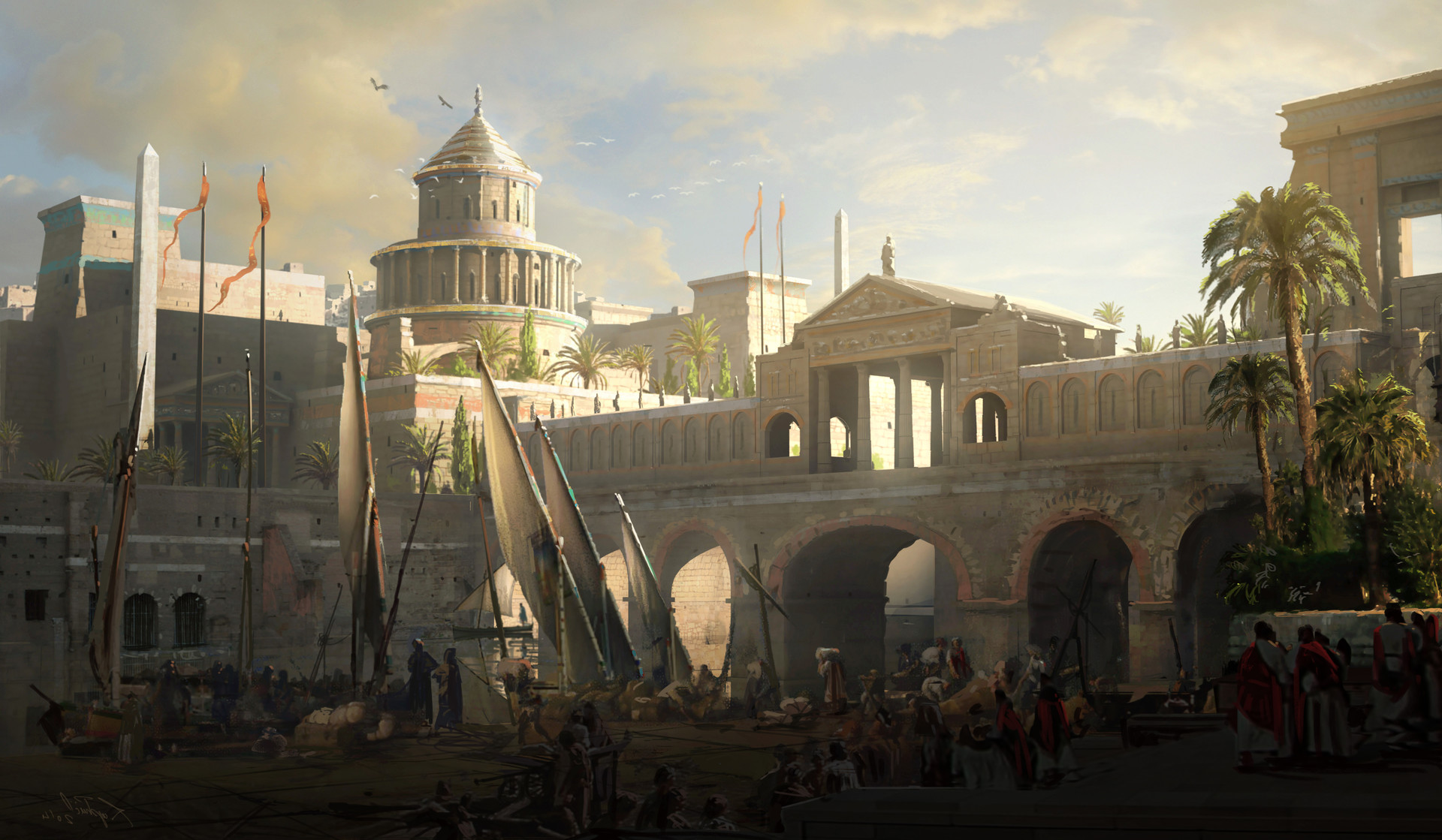 Kemor’s most renowned export is the famed Daorin. This flowering plant is cultivated on the banks of the Echo River, which flows briefly into the Scabbard Wastes and surrounds the Voice of the Wasteland. Daorin grows wild and can tower up almost 30 feet in length with dark green leaves and white petal flowers. Inside the flower, many seeds resembling cherries are ground and brewed into a dark and rich coffee.

The Ankana uphold a strict trade curfew, banning any sort of trade of goods outside market business hours (sunrise to sunset). Due to this, many establishments provide after-hour services with joint businesses operating from the same structure.   An armor shop might double as a late-night barber, or an alchemist might transition into a healing house once the sunsets. Skirting the law in this way has given Kemor a city that never sleeps atmosphere. When night falls, the heat subsides, and the firefly-filled street lights awaken, Kemor transforms into an entertainment spectacle – fit for a Djinn. 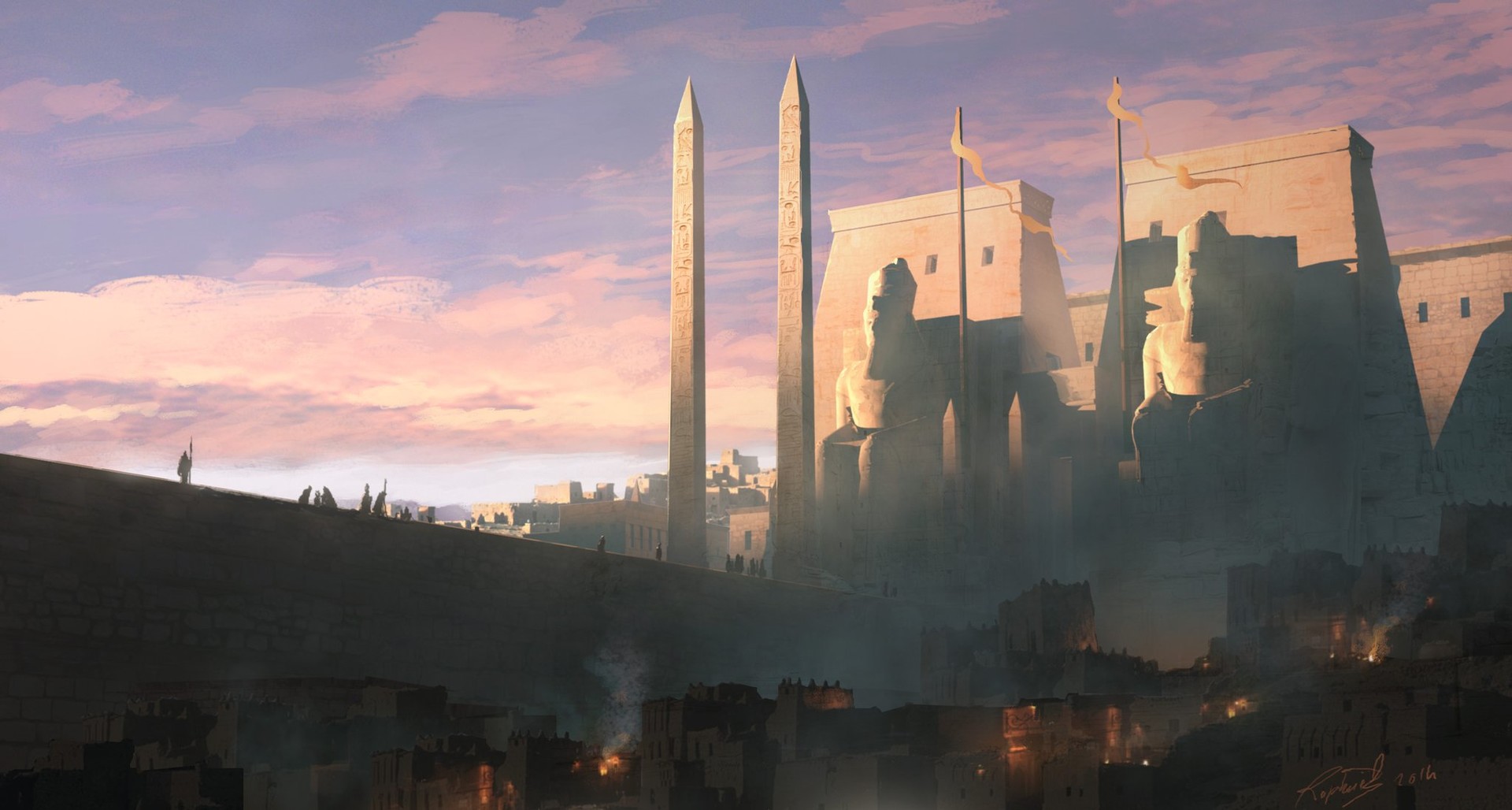 Tens of thousands lie buried in the Sutulak Necropolis, named after Sutulak Sul, the first Pharaoh of Kemor. Filling the grand structure are Ahn’Kalin with enough wealth to be laid to rest by mummification. In death, an Ahn’Kalin goes through the embalming process. This process includes the removal of organs, which are placed into ceremony jars, and the corpse being treated with preserving oils, herbs, and linen wrappings.   The five organs removed are the brain, lungs, liver, stomach and intestines, each placed in a separate ceremonial jar. Embalmers leave the heart in the body as the Ahn’Kalin believe a creature should never be without its heart, even in death.

An enormous palace containing interlinked courtyards and shaded by palm trees towers high over the city. Surrounding Sul Palace are walls covered with thinly layered gold, warded and protected by the Djinn Davata. Great gemmed statues guard the entryway, ready to rise and defend the Pharaoh when called.   The palace interior is filled with beautiful canopy gardens, a maze of terraces and working spaces for the many Vizier, scribes and servants. Deeper into the palace lies the vault, an enormous treasure trove heavily guarded and trapped. Here, one of the wealthiest hoards in the known world is a constant target, yet none have opened its golden locks to gaze on the richest inside.

If Krov is the city of poets and song, then Kemor is the city of dancing. The Ahn’Kalin are among the best dancers in the world. Their talent is reflected across the elite Ankana Sword Dancers or harems that draw in thousands of tourists a year and in the storytellers and dance troupes that provide entertainment year-round.

Kemor is lined with golden-domed temples and grand monuments. Surrounding this act of wealth and palm trees, the Ahn’Kalin build dried river mud and clay homes painted in bright colors.   The many marketplaces along the heavier trafficked outer districts are filled with bright-colored tents, typically purples, blues and yellows. A familiar smell of ale, coffee and flavored waters mixes with grilled fruit. 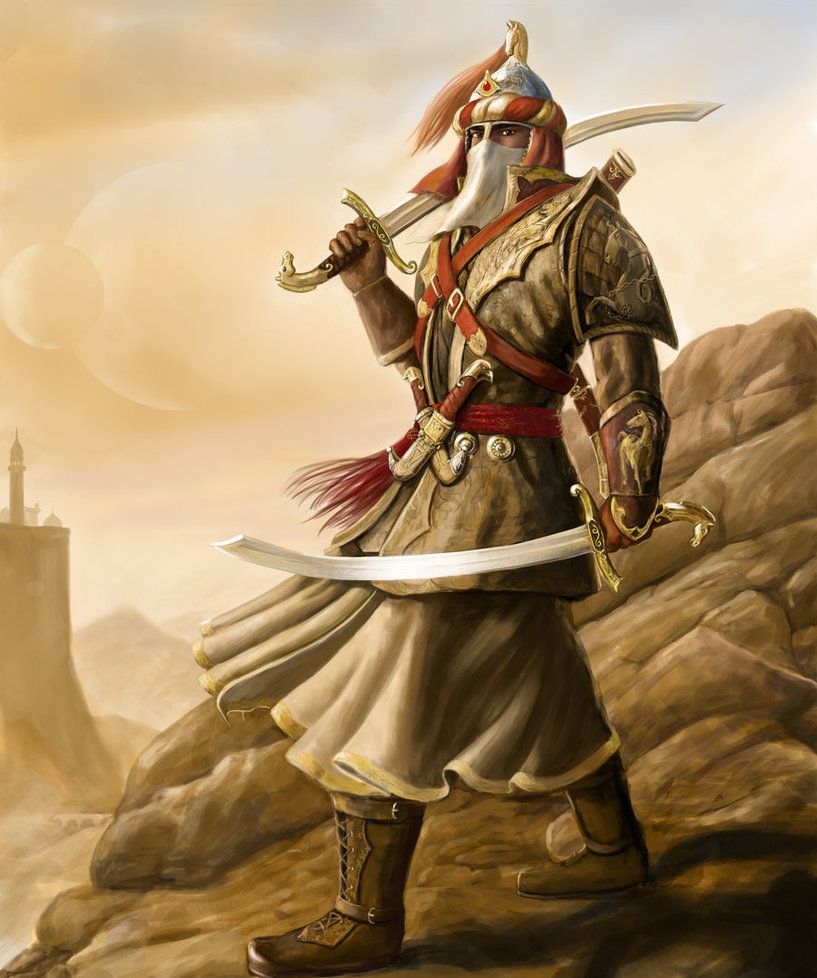 Hailing from the capital city of Kemor before spreading throughout the Scabbard Wastes, the art of Sword Dancing was popularized by the Ankana. These elite warriors were tasked with defending the long-lived Pharaoh Hetheps Sul, who placed grace and showmanship in combat above all.   After Hetheps Sul’s death, the Ankana continued their Sword Dancing tradition, expanding their role as bodyguards, diplomats and entertainers. 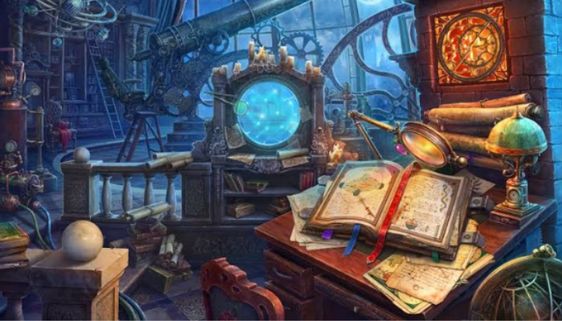 Astrology is held in high regard in Kemor. Astrologers study the constellations that protect Erenel from the Void and hope to understand the significance of their movement and protection. Unfortunately, most Kemor astrologers are from the wealthier Ahn’Kalin families due to the significant investment of funds required to begin studying. The inevitable inclusion of politics has followed.   Recently, thanks to a hefty donation by Pharaoh Kazim Sul, the Astral Observatory opened its doors for astrologers and students. Pharaoh Kazim Sul believes the Astral Observatory is on the brink of an enormous discovery – Constellation Tethering.   Now, the families push their children into the Astrologer profession, hoping to claim greatness, the Pharaoh’s favor and unlock the stars.
Settlements