Borris Bluebell was very skilled with plants and oils. He knew how to extract their true power and create magnificent concoctions. Many would try and steal these tonics, until the day he started selling his secrets for a massive fee. Nowadays, even the most common of townsfolk can put together a simple tonic.
- Professor Kallis Bluebell

The Process of Alchemy

The two different types of potions are Effects and Enchantments. A simple Effect potion normally is a healing-like substance while Enchantment potions produce a spell-like effect.

Applying poison to ones weapon is a main tools in an assassin repertoire. There is only one type of poison Effect when it comes to this supplement, and that's all that is needed. Poisons are very versatile in how one can create them and must be decided during crafting if the poison needs to be inhaled, ingested or made contact with the skin.   Luckily, for those wanting to master the art of poisons, all they need to start is a very common ingredient called Wyrmtongue Petals. Additionally, all poisons can be altered by Toxin Modifier ingredients to customize them to their user's liking.
A single vial of poison can be applied to 1 weapon. Poison DC = 8 + Alchemy Modifier

Drinking too many potions can have variable consequences if not carefully monitored. If a player ingests 8 or more ingredients worth of potions between periods of a long rest some consequences may appear. These include becoming sick to your stomach and gaining a level of exhaustion or even having to roll on the Wild Surge table. 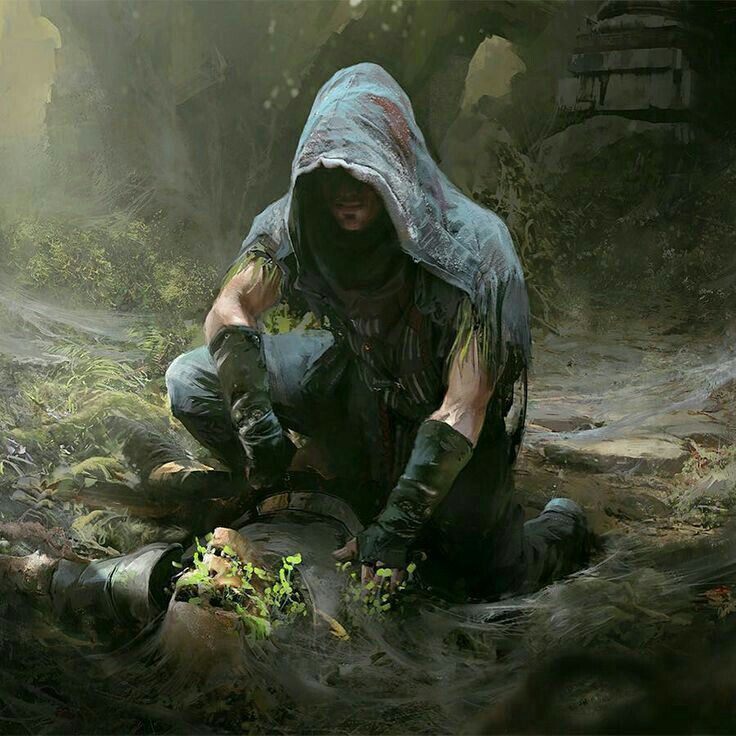 While traveling the world a player may wish to gather some local flora. When trying to gather ingredients listed in this article a character will perform a Herbalism Check.   Herbalism Modifier = Wisdom or Intelligence Modifier + Proficiency Bonus (only if using a herbalism kit you are proficient with)   Gathering During Gameplay: The player will roll a Herbalism check (DC15) with a success resulting in the DM rolling on the terrain table located at the end of this article and a 1d4 to see the amount of ingredients gathered.
Identifying Ingredients: The player will roll a Herbalism check (DC = 10 + dc difficult of ingredient). If the player fails the roll, they do not recognize the ingredient enough to understand its purpose. A player cannot roll again after trying to identify the ingredients. If a player roll surpasses the DC by 5 or more, the player knows exact details about the ingredient.
Rare Findings: The world is full of places where rare plants may grow. These areas will usually be described by the DM and up for the players to attempt to harvest the ingredient or continue forward. Rare ingredients offer major boons, therefore when making a Herbalism Check as described above, an additional +3 will be added to the DC. Just as the DC is increased, the detailed knowledge gap does as well. If the player surpasses the roll by 10 instead of the normal 5, the player knows detailed information about that ingredient.