There was a time in the earliest Era of the Bonded One when the idea of Tethering the Bond was new, wild and thereby constrained the world. The greatest sages wrote their understanding of magic, of fire and shadow, of machinery, the passage of time and the planes themselves into great works known as The Codices. Each codex is a powerful magical tome, an artifact unto itself, and unlocking its knowledge instantly makes you one of the most powerful people in the world.   No wizard is known to have written more than one, and each author was in their lifetime famous as one of the greatest practitioners of magic in all of Erenel. These books contain so much power that they have a personality of their own and generally do not like being in close proximity of another codex.   They aren't items you can run around and collect, and no one knows how many there might be in total. References in the Library of the Royal College suggest there could be as many as twelve such tomes, but that list was compiled from unverified and in some cases unreliable sources. Attempting to copy a codex produces a book with all the words in the right order, but no magic effects.

Attuning to a Codex

All the codices require attunement, which requires the reader to spend a month of uninterrupted study of no less than 8 hours per day, 6 days per week. Some of these tomes require the attuned owner to surrender some of their life essence to satiate the powers constrained or described in their texts.

The following Codices are currently claimed and protected by the Royal College. 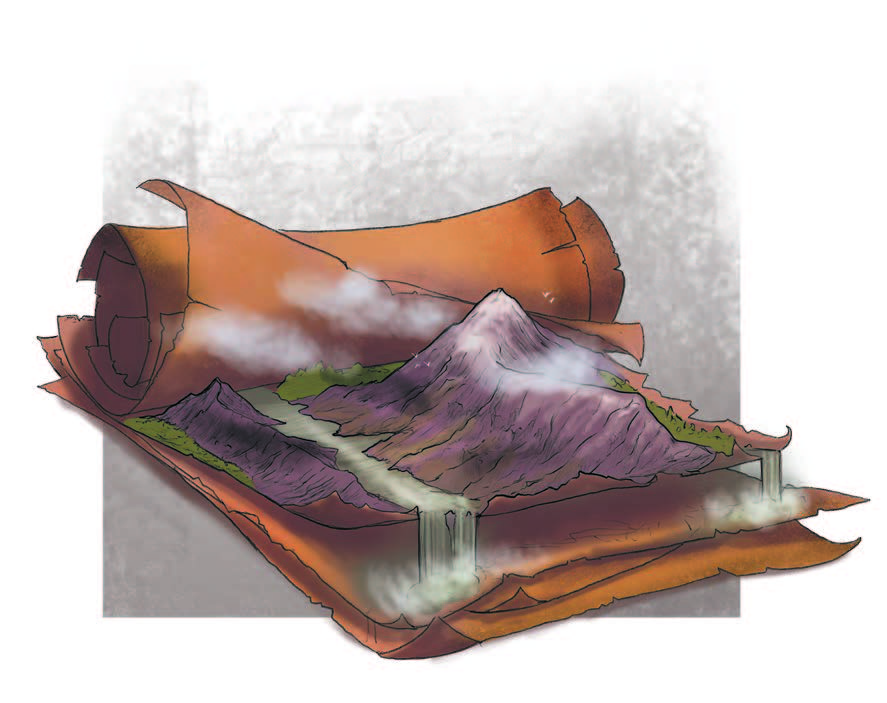 Written by the famous Earthbound Dwarf Prithvirana in the 384th year in the Era of the Bonded One, this book is a comprehensive treatise on the nature of the Mundane World and the material and philosophical principles that set it apart from the Four Elemental Planes, the Trance, the Above and the Below.   This codex illuminates how Al'Madoon's Bond has effected the Law of Nature and contains a description of how Prithvirana interprets Erenel's creation and the war between Al'Madoon and Elturel.   With his wisdom and knowledge built into the Codex of Terragnosis. The book binds and shapes the world, defines it and defends it. While it resides within this manifold of the timescape, the Mundane World is safe.

The Barrier Between Worlds

While this book resides in the Mundane World, sending a native of this plane to another plane, unwillingly, requires a saving throw.

Steward of the Earth

Once per day, as an action, you can summon an elemental of your choice to do your bidding. After 1 hour, the elemental returns to its home plane.

Stone and Sea, Obey Me

Once per day, as an action, you can cast cataclysm.   Cataclysm (Warfare Magic) Target: 4 units, Attack: +12, Power: +15. Enemy units damaged by this attack must make a DC 15 Morale save or decrement their casualty dice twice.

Once, a druid attuned to the Codex Terragnosis may wild shape and assume the form of the Phoenix (CR20). This form lasts until sunrise or sunset, whichever comes first, at which point the Phoenix dies in a flash of brilliant light. The druid must make a DC22 Constitution Saving Throw to survive the conflagration. The Codex Terragnosis itself survives regardless of whether the druid lives, and relocates itself somewhere safe on the current plane it resides. 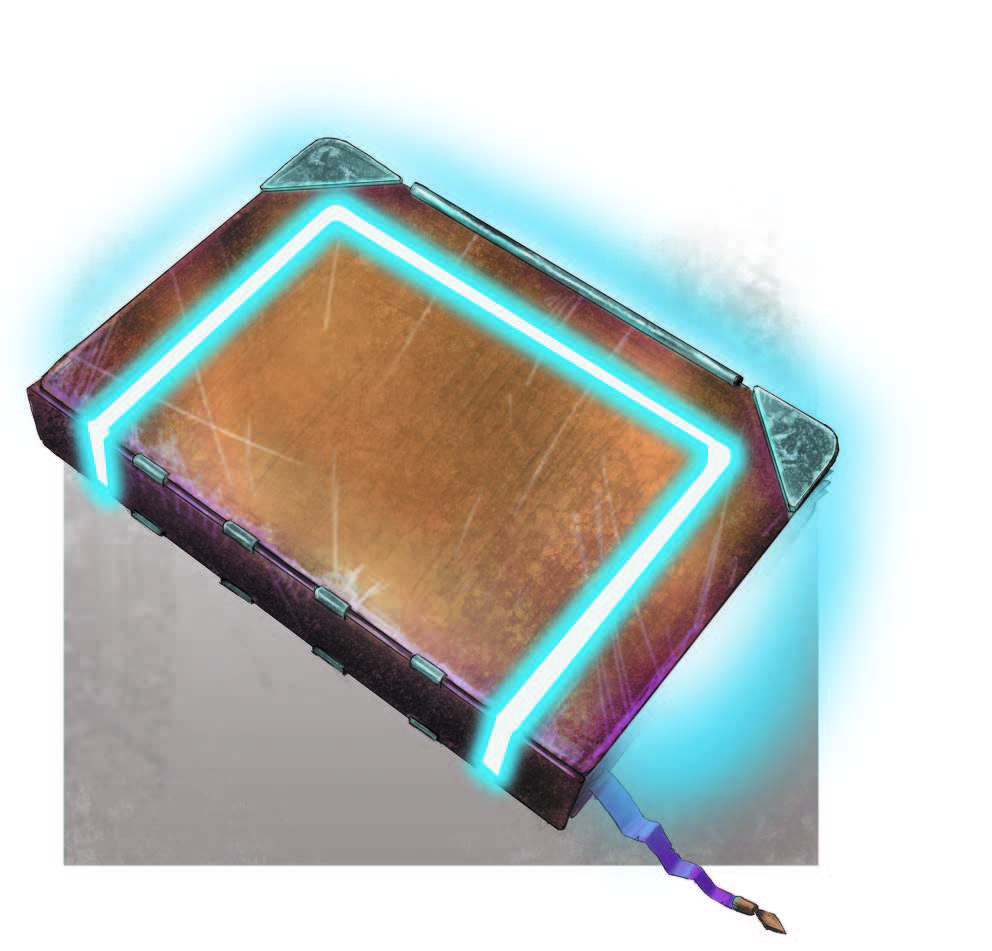 Written by the Hanoi wizard Huang Fei early in the first dynasty of the Empress, the Codex Automata - The Book of Machines, was instantly realized as the definitive work on the subject of magical construct. Other tomes detail the process of creating a golem, but Fei called this "mere smithery."   Fei's goal was to understand the fundamental magic of animated constructs, and in this he succeeded beyond his wildest dreams. His golem army helped to secure the Empresses rule and secured her dynasty in the beginning of her rein.

Warfare Unit. Once per month, as an action, you can summon the Iron Company, a unit of iron golems. The Iron Company rusts after 1-hour or two battles, whichever comes first.

No construct will attack you. As an action, you can make a Command check against a construct within 30 feet by rolling 1d20 + Wisdom Modifier + 2. If the result is greater than the construct's Hit Dice, the construct is yours to command, as though you were its creator. This control lasts 1-hour, after which the construct is free of your influence and cannot be commanded again in this way.

The following codices are lost across Erenel and the known planes. Not much is currently known of the power possessed besides what is written below.

Unknown contents for it has never been open.

A human adopted as an infant by Elves, Irllyn Orrell went on to become a great authority on the fae, their magic, and their association with the Trance: Plane of Eternal Glade. Because she was a human wizard, she understood the rules that constrained the use of tethering. Because she was raised as an elf, she had the mind of a fae. Irllyn Orrell was able to synthesize these two philosophies into one coherent masterwork and thereby changed the world forever. The elves do everything in their power to never allow this cohesion again.

Hu Tai was the last Magister of Fire, and like her magister monk contemporaries, she swore to bind her knowledge into a tome and thereby seal it away, thus ensuring its dangerous power could not twist reality in the Mundane World. History records that her efforts have proven successful and like Codex Ignis, the other elemental magisters have follower suit. However, only the Codex Ignis has previously emerged centuries ago before being lost again, presumably stolen and kept on the Plane of Fire.

Written by Marcus Orestes, a Caelian Warlock, the Codex Incabulum is often cited as stopping the demonic infestation that razed the city of Kham, confining the sea of fiends that erupted from the Below and preventing it from spreading across the world. This tome has been lost and found many times over in the centuries since. Often those who attune to it delve deep into dark powers and are lost.

Kalidasa Dhar, author of the Codex Umbra, gives a glimpse into the scholarly thought regarding the essence of shadow magic by the Osloru people. Dhar hypothesized that the dark power known as shadow is dead life essence of the previous world before Al'Madoon's sacrifice. Few modern sages take Dhar's theory seriously, but all note that no wizard since has penetrated the heart of shadow so successfully.
Magic