Aves tap into their great wisdom and set out on pilgrimages searching for clues of what came before the Era of the Bonded One (EoBO). Others use their hunting prowess and pursue bounties and trophies in the name of their Flock. One thing is certain, an Aves who leaves the comforts of the nest only does so with purpose.
The life of the Aves is spent on the ground, far from the skies where their ancestors dwell. There exists no great empire to call home, instead they spend their lives carving out existences among the larger races villages, or forming tight-knit communities deep within overgrown forests, underground in vast hidden caverns, or travel the Frozen North in solitude.

Small in stature and oft quiet demeanor, their hollow bones make them rather light weight despite any changes in physical build they have due to lifestyle choices. An Aves stands an average of 3 feet to 4 feet in height and weigh between 40 and 60 pounds. Aves are covered in feathers with large eyes scanning their surroundings. Their eye color is nearly always yellow or orange, however very rarely other colors are seen.   Aves feather color varies depending on their ancestry. This can range from snowy white to various forest camouflage patterns. They take great care to keep clean, as Aves believe their cleanliness represents their community.

When an Aves is hatched, they are given a nest name. Nest names tend to have distinction with a physical characteristic or personality quirk such as Crooked Claw or Chipped Beak.   Once an Aves reaches 15 years old they partake in a ritual with the elders of the clan where the individual will be allow to pick a new name.   Many Aves will include a click or whistle at points in their name which can make pronunciation difficult for other races. This can cause Aves who interact frequently outside the nest to take nick names or shortened version of their name, avoiding the difficult pronunciation altogether.

Despite their general reclusiveness, Aves believe that honor is of great importance. They believe strongly in personal honor and honoring their flock.

Aves have a great love for lore and literature. Many spend their lives working to expand their intellect. This has lead many Aves to delve into ancient ruins looking for lost tomes or researching everything of interest in universities. 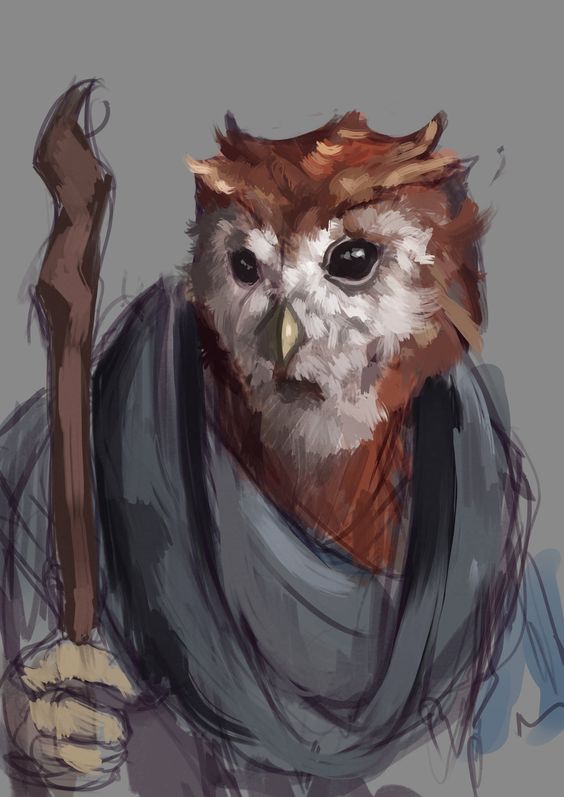 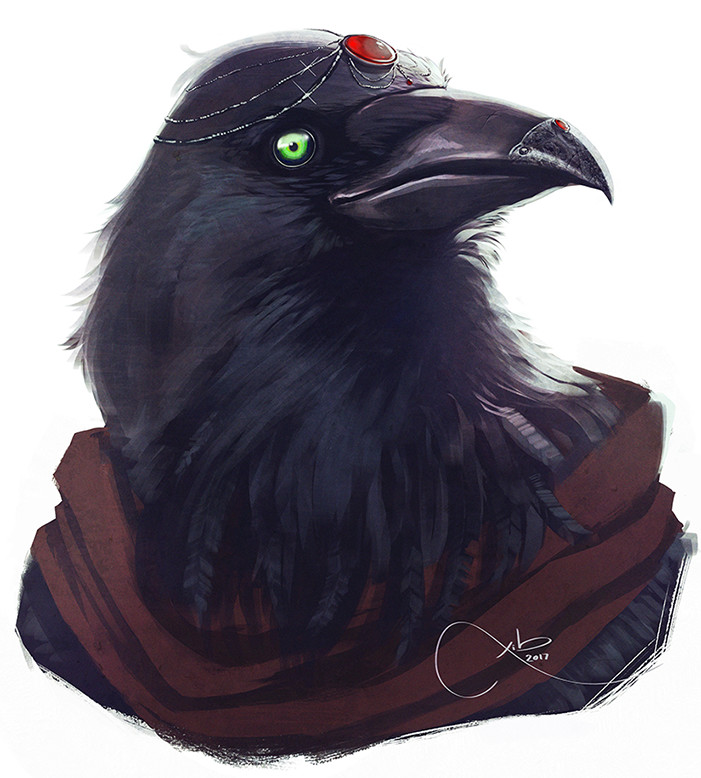 Your Aves character has a variety of natural abilities common with your ancestry. You will also pick one of the available sub races below.
Aves 5E Racial Traits

You have proficiency in the Perception skill.

Aves have clawed feet and sharp beaks, however their claws are typically not sharp enough to help in battle. They can however use their beak as a natural weapon to make an unarmed strike. You are proficient with your beak attack, which deals 1d6 piercing damage plus your strength modifier.

Languages. Common, Auran, and one language of your choice

Aves are divided into four main subraces. Arctic, Great Horned, Screech and Grave. Choose one of the sub races presented below.

Descendant from the Snow Owl, you're most at home in frigid weather of the North. As one of the larger of the subraces and due to the harsh environment, you are a skilled hunter usually becoming a warrior or explorer.
Arctic 5E Racial Traits

When wearing light or no armor, you can attempt to hide in a winter environment, such as if it is snowing or there is significant snow on the ground. As long as you refrain from moving or taking any action, bonus action or reaction, you receive +10 on stealth rolls.

You gain proficiency in the Survival skill. Arctic Aves have finely honed survival instincts from living in the frigid cold.

You are considered acclimated to cold environments and automatically succeed on any saving throws for Extreme Cold as detailed in Chapter 5 of the Dungeon Master's Guide.

Descendant from the Great Horned Owl, your ancestors were a symbol of intelligence. Your greatest strengths lie with academic feats. You take enjoyment from puzzles and the pursuit of scholastic arts.
Great Horned 5E Racial Traits

You are proficient in your choice of two of the following skills: Arcana, History, Medicine, Religion

You can attempt to hide when you are obscured by a creature that is at least one size larger than you. The creature must be standing in front of you and considered friendly.

Descedant from the Screech Owl, your ancestors were hardy, resilient cave dwellers. You are stalwart, very reserved and quiet. Many Screech Owls are sought after for their expertise in nest building and defenses.
Screech 5E Racial Traits

You have advantage on saving throws against being charmed and feared. Magic effects cannot put you to sleep.

Accustomed to a life underground, you have superior vision in dark and dim conditions. You can see in dim light within 120 feet of you as if it were bright light, and in darkness as if it were dim light. You can't discern colors in darkness, only shades of grey.

Available only for Gamingbrew Patrons. If you are a Patron the sub race will appear below. Support Erenel
Ursus
Races
Draconic