Traversing the Plane of Earth is similar to wandering an endless maze. A labyrinth of caverns, caves, and tunnels twist and turn as the sense of suffocation define the underground complexes in the Great Delve. Above, a boundless chain of mountain peaks and valleys stretch beyond the limit of sight and sound. To travel Terramul in search of riches and wonder, one must learn how to carve a path into endless solid mass.
— Prithvirana, Earthbound scholar at the Royal College


Terramul is a stony expanse of mountain peaks and cavernous tunnels. Many of the great mountain ranges and cascading hills resemble those found on Erenel and show how Al’Madoon replicated the process during the creation of the mortal plane.   The largest chain of mountains in existence, both in height and breadth, forms the Plane of Earth. The highest peaks breach into an airless void of nothingness and are inhospitable, forcing life below cloud cover. Where the region dips slightly, mountain ridges begin to erode as large hills or churning dirt and mud take their place. The ground can shift and crack in a moment's notice, opening into the immense dwellings below where most inhabitants of Terramul reside.   Passages zigzag in limitless caves winding through the encumbered realm below, leading to rich ore and gem veins ripe for harvest. Getting lost in the Plane of Earth is a consistent threat. Tunnels collapsing from tectonic movement or accidental cave-ins triggered by marauding beasts hunting a meal, have cut short the lives of many Terramul travelers.

The immense primordial being of earth and stone, Ulmekar has patiently ruled over Terramul since the beginning. Ulmekar, the Walking Mountain rests in Deepstone Valley, surrounded by his trusted elemental advisors Krong, Moch, and Duma. It is here Ulmekar contemplates his next scheme, carefully considering all actions and consequences before acting.   While this can be confusing to most, none would dare pressure the Walking Mountain. Dwellers of Terramul remember the punishment Ulmekar inflicted on his twin after she dared question his rulership. Her shattered body still dots the landscape in Deepstone Valley around his throne. 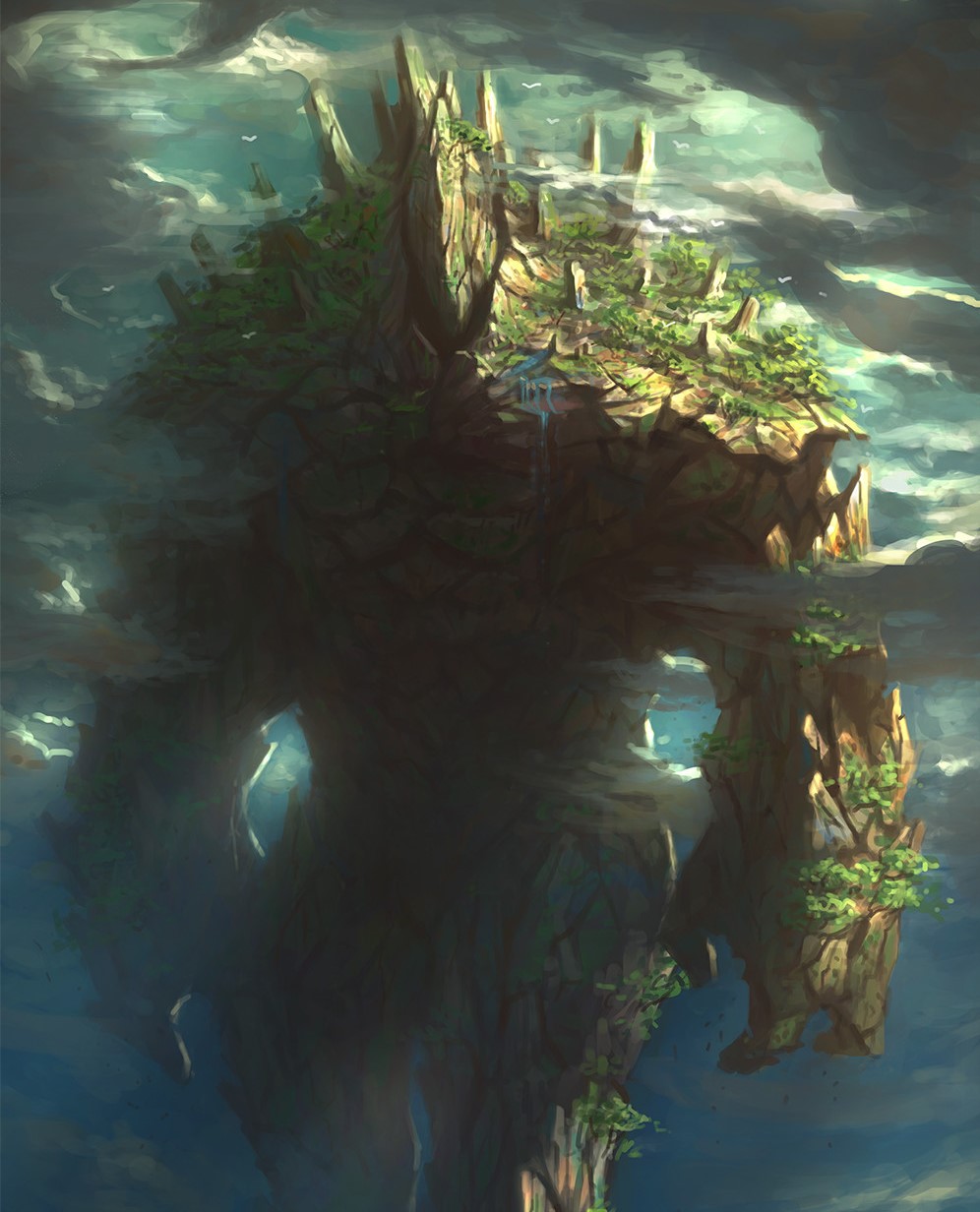 When Ulmekar chooses to move across Terramul, he does so at great cost to the inhabitants below ground. Each footfall quakes the ground causing cave-ins, destroying tunnels, and crushing settlements. As of the year 624 EoBO, It has been two centuries since Ulmekar moved from his throne.   The Walking Mountain instead relies on Krong, Moch, and Duma, his Stone Keepers, to deliver instructions to those who pledge their loyalty. They do so under the watchful eyes of the Gargoyle Legion. These stone creatures patrol the skies, providing daily correspondence with Ulmekar. No stone goes unturned, and the Walking Mountain cares not if you know he is watching.

The Plane of Earth shares a border with the Plane of Air to the West and the Plane of Fire to the South.   Where Air and Earth meet, floating islands are more numerous until land and mountain fade away in the Plane of Air. Supercharged clouds are filled by large amounts of energy from the Plane of Earth and become Cloud Stone. Cloud Stones retain the ability to float; however the cloud hardens to a solid mass. They still appear to be clouds but can support the construction of settlements. Most Cloud Stones hover closer to the Plane of Air.   Where Earth meets Fire, a chain of violent volcanoes and wondrous mountain ranges form the planar border. Deep within these rocky expanses, the legendary Surtur city awaits. A melting pot of Earthbound Dwarfs, Forge Dwarfs, Fire Giants, and other inhabitants pay homage to the Ancient Red Dragon Kaldreoss and his infinite wisdom. Surtur City is famous for the great Titanforge Anvil and exalted blacksmiths who call the city home. Legend states that Kalator ascended thanks to the assistance of Kaldreoss in the creation of his hammer and chisel at Titanforge Anvil. 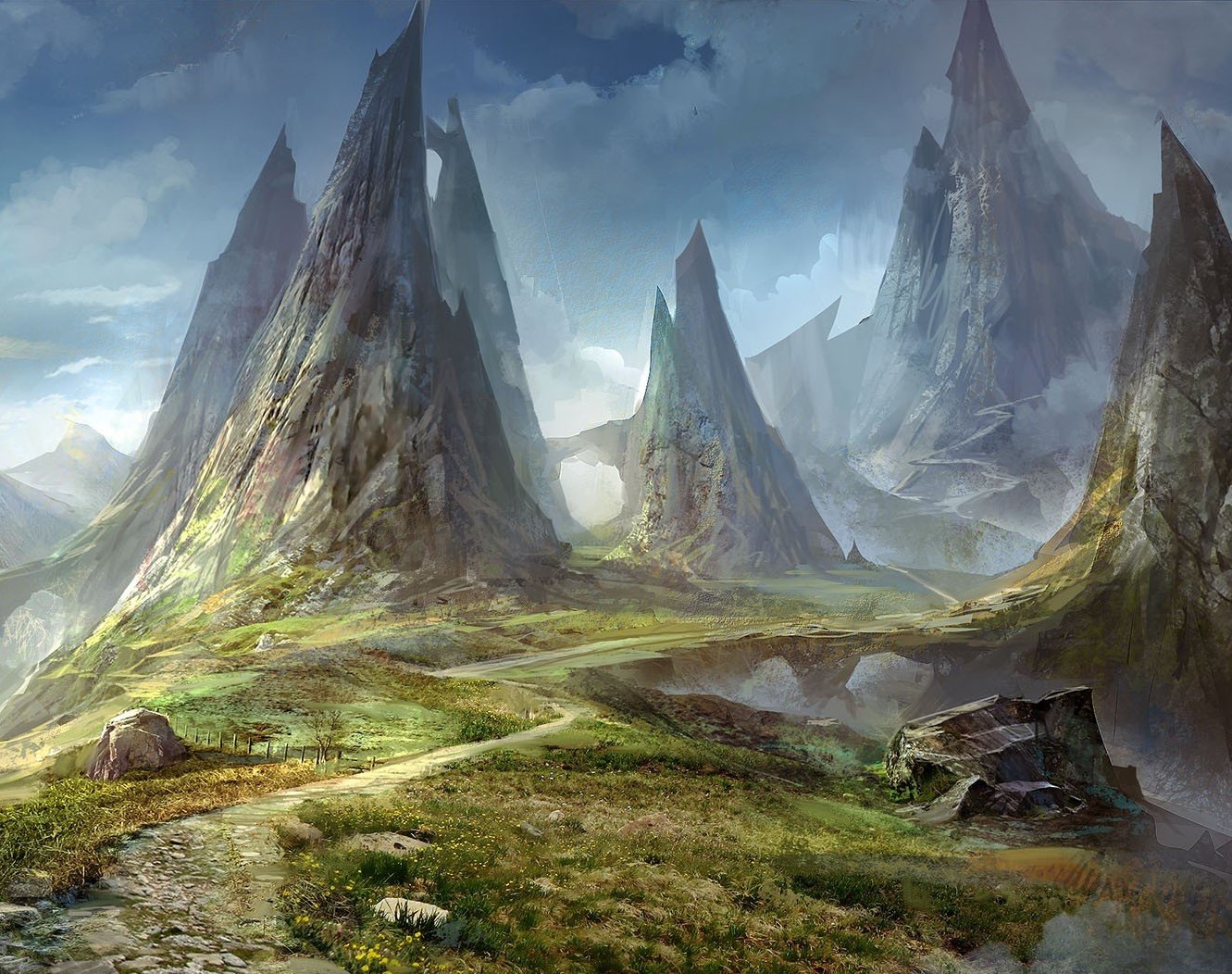 by Jeremy Chong
Alternative Name(s)
Pillar of Creation, Plane of Earth
Type
Dimensional plane
Inhabiting Species
Crafting the Elemental Planes
In the beginning, Al'Madoon created the four elemental planes as a base, such as how a painter uses prime colors to paint a masterpiece. The elemental planes were split into four quadrants surrounding the mortal plane Erenel.   Many believe because it was Al’Madoons first attempt at creation, the elemental plane design was raw and more chaotic than intended. Others stand by the viewpoint that Al’Madoon knew each plane must be chaotic to inspire the change needed to craft the mortal world. Regardless, the four elemental planes were and continue to be extremely volatile.   Al’Madoon’s celestial body being in close proximity to the planes imbued the air, earth, fire, and water landscapes. This caused chaotic reactions which spawned the first known elementals. Powerful elemental beings began roaming their corresponding planes vying for power. One primordial elemental from each plane eventually took control subjecting the weaker elementals under their rule. Al’Madoon was too busy with his newest creation, Erenel, to care.

Ritual of Flesh to Stone

Originally perfected by the Earthbound Dwarfs, any race can perform the ritual of flesh to stone and honor Ulmekar, the Walking Mountain. The lessons of becoming Earthbound are interpreted differently by Earthbound Prophets, but the philosophy of stability, patience and unyielding resolve influence every Earthbound follower.   To perform the ritual Flesh to Stone, the following ingredients must be collected and melted into a solution. You will need enough solution to completely submerge yourself.
Anthracite: A dense form of coal
Gemstone: Any gemstone worth 1,000 gold.
Ignium: A soft crystal-like mineral used as a conduit.

After melting the ingredients above, melt any three of the following exotic metals together but separate from the first solution; Adamantine, Celestial Bronze, Copper, Deep Iron, Gold, Mithril, Platinum, Silver, Starmetal. The three exotic metals you choose will dictate your stone appearance and must cool apart from the first compound. 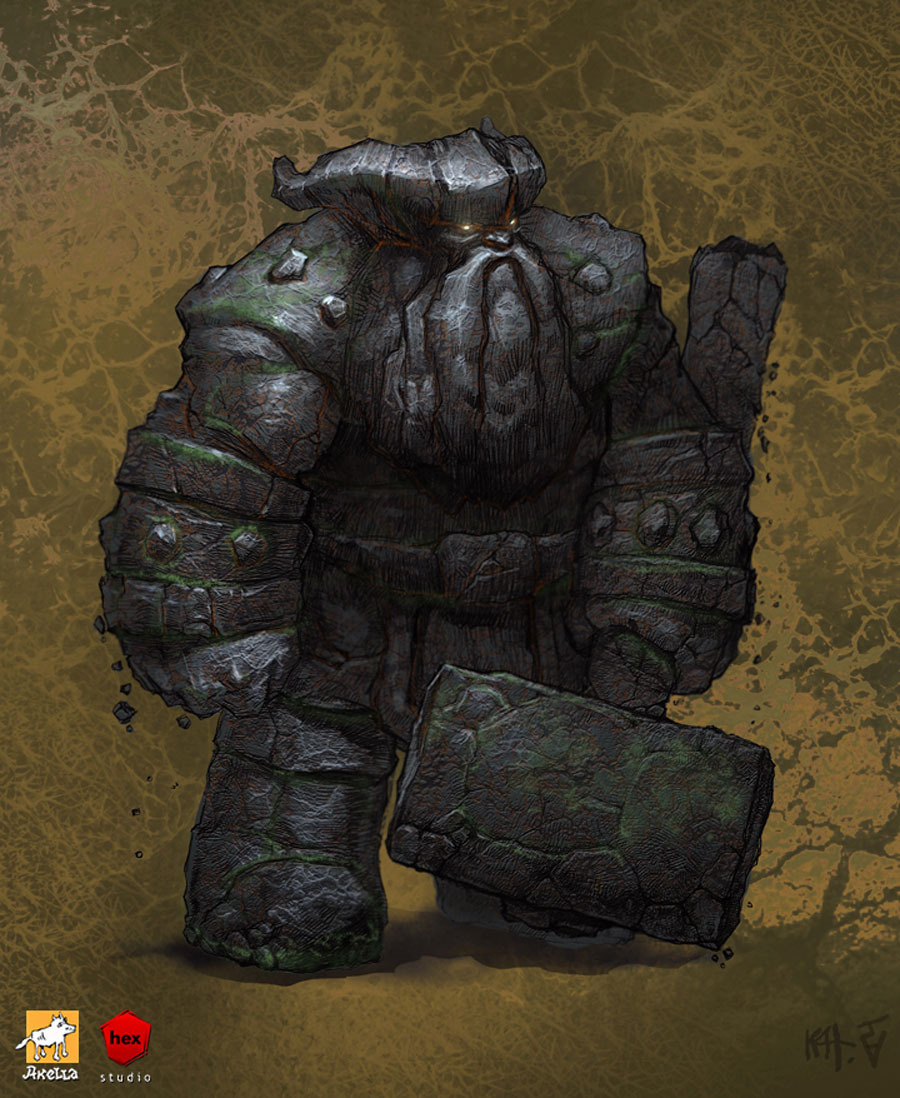 After the exotic metal mixture has cooled, melt the two solutions together in a large foundry. While the two solutions liquefy together, submerge yourself into the liquid. You cannot wear any clothing and cannot be under the influence of any tethering effects, or the ritual will fail, and you will burn to death. While you are submerged, the solution must be cooled as you remain inside. You will suffocate and become encased in the mold.
24-hours after your suffocation, the encasing will break apart and you emerge as a newly formed Earthbound. As Earthbound, you gain the following benefits.

Metal Encrusted: Use your reaction upon being hit by a weapon attack to give yourself resistance towards bludgeoning, piercing and slashing damage until the start of your next turn. You regain the ability to use Metal Encrusted after finishing a long rest.
Walking Stone: You no longer need to eat or breathe.
Planes

This work is licensed under a Creative Commons Attribution-NonCommercial-NoDerivatives 4.0 International License.
The Erenel Fictional Universe is presented under the OGL rules for 5th edition. All artists have been duly credited.If you would like to have your art removed, please contact me immediately.
System Reference Document 5.1 Copyright 2016, Wizards of the Coast, Inc.; Authors Mike Mearls, Jeremy Crawford, Chris Perkins, Rodney Thompson, Peter Lee, James Wyatt, Robert J. Schwalb, Bruce R. Cordell, Chris Sims, and Steve Townshend, based on original material by E. Gary Gygax and Dave Arneson. A special thank you to the many talented people who create the world's greatest role playing game.
Cover image: by Kentaro Kanamoto