The greatest bodies of water in Erenel are but a droplet in Aquenias. This vast watery paradise is both serene and terrifying at the same time. Who knows what lies deep in the shadowed darkness where light fades into nothingness.
— Unknown author. Journal found in the Great Coral Advance


The Plane of Water is a wondrous world of endless sea life, great coral forests, and cavernous underwater caves. Life flourishes in Aquenias. Great underwater cities lie beneath the waves. Intelligent dwellers of the plane live where sunlight filters down, creating brightly lit aquatic sanctuaries. At night, the soft light illuminates, and the awe-inspiring greenish hue is a sight to behold.   If you travel deeper into the depths of Aquenias, prepare to enter the realm of monstrous creatures. Light is absent in the Nightmare Reefs, where malevolence grows. Travelers who dive into the dark, speak of strange calls in the deep — writhing black tentacles grasp at anything in reach.   The nature of Aquenias makes it difficult for anything to live above the waves. Great storms are known to appear without warning, and the hard waves erode islands and hard surfaces. Only to the north where Aquenias meets Aurenia will you find frigid landscapes and floating icebergs in the Sea of Ice.

An imposing manifestation of natural power, Azuris the Crashing Tide, is a newly crowned Elemental Lord. Defeating the previous Elemental Lord of Water, Kalydra, shortly after the beginning of the Era of the Bonded One, Azuris is a highly intelligent elemental with a reputation for being friendly to his subjects and ruthless to his enemies.   Azuris prefers to rule Aquenias by constantly roaming the open waters, speaking with the many merfolk, locathah, and other aquatic races in open dialogue. He enjoys a good story and is known to ruin a day of hunting for inhabitants of Aquenias by telling tall tales and expecting his “friends” to listen. It is common for races to attempt to avoid meeting his gaze and avoid the uncomfortable conversation. 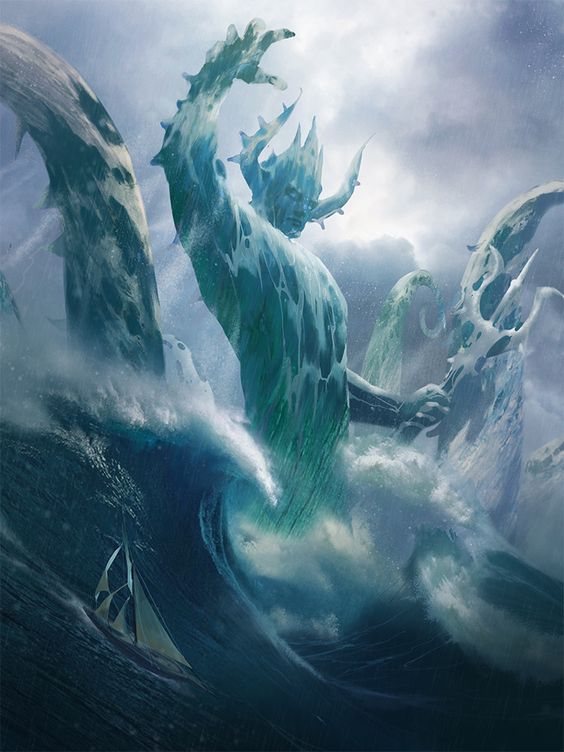 The Plane of Water is a vast place. Azuris avoids the cold north of Aquenias, where ice islands form and provide considerable settlements for the large population of Frost Giants. Azuris and the Frost Giant King Awnir are at best acquaintances. It is well known King Awnir prefers the previous Elemental Lord, Kalydra; for she was the creator of the Frost Giant race.   Kalydra is slowly regaining influence in the darkened depths of Aquenias. Hidden away in the Nightmare Reefs, where the great Kraken’s slumber, Kalydra rebuilds her war effort on the backs of the Kraken Priests, biding her time until she can reclaim her lost kingdom.

The Plane of Water shares a border with the Plane of Air to the North and the Plane of Fire to the East.   Where Water meets Air, the skies grow cold, and floating ice chunks meet raging blizzards and heavy snowfall. Stretching across the border is a colossal waterfall known as Tyar Falls. The 1,000-foot waterfall cascades from the Plane of Air into the Plane of Water.   Where Water meets Fire, the planes are highly unstable. Thick steam blinds the senses while scalding water boils anything that attempts to cross. It is critical to avoid this planar border as no forms of life outside of Steam Elementals are present.

Elemental water is a base ingredient for various alchemist potions that enhance abilities. This rare ingredient is found most often in Aquenias and is a prized export for the plane.   You typically need half a vial's worth of Elemental Water to produce a full potion's effect. Attempting to drink enhancement potions without Elemental Water can cause ill effects to the consumer. Those who can afford the rare ingredient also use Elemental Water as a way to calm an aching stomach and relief from heartburn.

Throughout Erenel, there are various forms of plant life, ocean product and earthy substance that can be utilized. 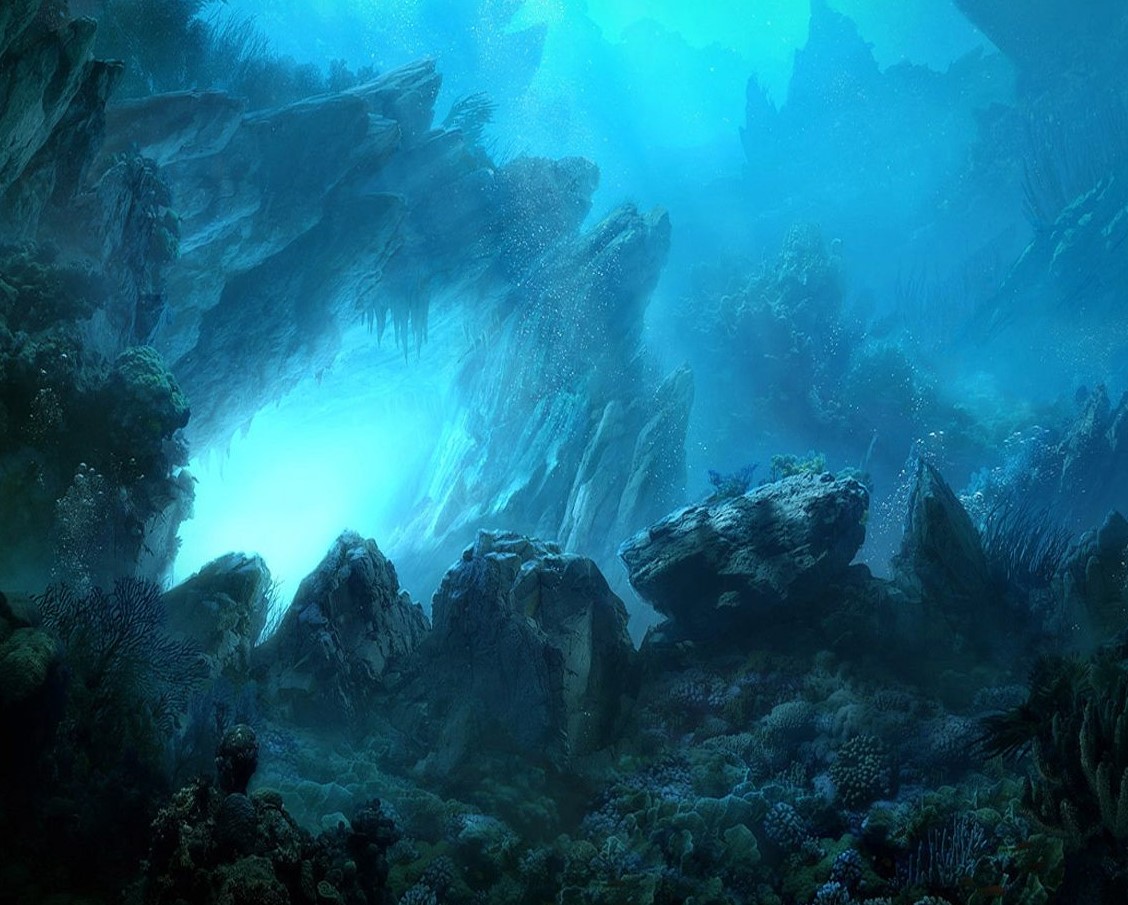 This article is available to everyone thanks to Gamingbrew Patrons and is included in Expansion Two: Speaker of the Elements.

Expansion Two: Speaker of the Elements

Generic article | Oct 12, 2019
Crafting the Elemental Planes
In the beginning, Al'Madoon created the four elemental planes as a base, such as how a painter uses prime colors to paint a masterpiece. The elemental planes were split into four quadrants surrounding the mortal plane Erenel.   Many believe because it was Al’Madoons first attempt at creation, the elemental plane design was raw and more chaotic than intended. Others stand by the viewpoint that Al’Madoon knew each plane must be chaotic to inspire the change needed to craft the mortal world. Regardless, the four elemental planes were and continue to be extremely volatile.   Al’Madoon’s celestial body being in close proximity to the planes imbued the air, earth, fire, and water landscapes. This caused chaotic reactions which spawned the first known elementals. Powerful elemental beings began roaming their corresponding planes vying for power. One primordial elemental from each plane eventually took control subjecting the weaker elementals under their rule. Al’Madoon was too busy with his newest creation, Erenel, to care.
Planes