The Journal of a Horrible Adventure

Five days into the month of Rao in the year 789 a small hunting party came across a journal lying in a ravine, the back pages were singed and it had been clearly dropped from a height. Upon opening the book they learned of the wonders inside and the journal was brought to the capital to be presented to the emperor. This journal now sits inside the library as a warning to all would be adventuring princes. Scholars worry about the journal integrity so are working on carefully replicating the document into another journal with the back attached.

When two dragon flowers were brought in by a farmer the lord of the areas son quickly snatched them up and brought them to his father. All but one seed was sent off to the emperor. A few months later a letter arrived saying a young man was getting ready to go looking for the where the flowers came from, the local lord warned him not to co disturbing the dragons lest he lose his life but no warnings were listened to.

The public has never seen this journal on the orders of the emperor, he did not want others to lose their life trying to attempt the same journey. Uses of the document are now strictly for showing young princes why it's not good to go exploring or scholarly purposes.

The Journal of a Horrible Adventure

Day 1 of the expedition- This journal is evidence of my journey deep into the wilds. Last year Rion came stumbling into town carrying two dragon flowers. All the idiots in town didn't know what they were and I was so close to getting them for pennies but then that snotty brat son of the Lord came by and snatched them up. I got Rion to tell me where he found them and I'm gonna find them, just me, it will be worth it.
Day 5- It's gotten colder the higher I trek into the mountains the nights long and eerie but I think I'm on the trail, Rion said that the nest was beyond the treeline. I should emerge between two tall pines on a natural trail created by the deer here in the area and there will be a small slope with large bushes at the top covered in small white flowers. Only another day or two of walking and I should be there, I hope.
Day 7-That is it, I give up there are no bushes on a small slope that can be seen from the bloody treeline, tomorrow I'm gonna head to the stream I can here just over the next ridge and refill my water then start back, Rion clearly gave me false directions, I bet he is already back there gathering all the remaining flowers for himself that little thief.
Day 8- I'm not crazy am I? I saw a dragon yesterday for the first time, it was basking on a slope just visible from the treeline and when he left I walked up, small bushes were scattered around the slope with small white buds on them. I think I found it, the cave with the flowers should be nearby, I would have to go at night and get the flowers don't wanna run into any dragons, should be fine though even if I do, i've run away from bears before.
Day 11- I've been having to look at night not wanting to disturb the dragons and I found it, it was just up the- The end of the sentence is cut off the page too burnt -dragon flowers everywhere and I think I can get some tomorrow, I just have to be careful of the large golden- The rest of the page is burnt beyond reading and the back half of the book is clearly now ash 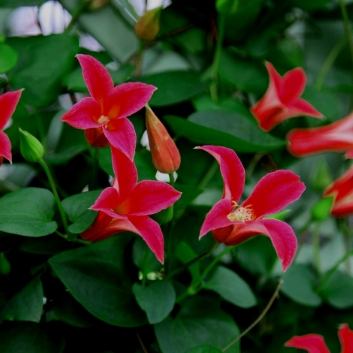