The one true Pantheon.

The Arcana are a part of the one and only Pantheon officially recognized in Novanati. In-game, these are the only deities who can give you any kind of assistance or bonus. While you have the option of following false deities... it is not recommended. It'll usually only end in heartbreak. While it is possible for normal creatures to ascend to godhood, this is highly difficult, and they will never be a part of The Arcana. The Arcana are, essentially, the best of the best deities. They are the top dogs (or cats... or other animals) here. Only the Major and Minor Arcana and their Suits were created by The Deity itself. Typically, this results in clashes between The Arcana and the New Gods, who see themselves as just as important as The Arcana.   There are, in total, 25 gods, goddesses, and goddens who make up the Major Arcana, 4 Minor Arcana, and then each Minor Arcana has 14 Suits, who are essentially angels who serve them. There is one god for each Major Arcana card in the tarot deck, excluding the Lovers and the Wheel of Fortune (the Lovers have two gods, the Wheel of Fortune has three due to the nature of the cards). Additionally, the eleven continents are ruled by two Major Arcana each, and this determines what kind of benefits you earn later on in the game. At the start of the game, you also choose which Major Arcana you are going to align your Clan with to worship, which will also earn you benefits.

The main and most important roles within The Arcana are, of course, the Majors. The Majors align with the Major Arcana cards of the Tarot deck, and include 25 gods, goddesses, and goddens in total. They are a step below The Deity in terms of power, and nothing else in the godly realm even comes close to matching them aside from The Deity. It would be extremely difficult, nay, impossible to overthrow the Majors... so they say, at least.

The Arcana has only one single item on their public agenda: keeping Novanati safe from humans. There is no other reason, they say, for them to be as involved with the world as they are. They aren't interested primarily in anything else. Their biggest reason for existing is to keep Novanati safe from humans, so that no creature will ever go extinct again. Little do they know, though, that their biggest conflict may come from inside, and not from an outside force...

By The Arcana, We Stand United. Without, We Fall Separated. 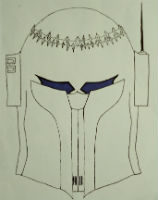 I am curious about the goddens, what are they?

Also, do each of the individual Arcana have certain aspects of the physical and non-physical world that they control?

Godden is a gender-neutral term for god or goddess! And also yes, they certainly do! That'll be explained more as I keep editing the article. Thank you so much for the feedback!